Towards the end of the outgoing year, St. Petersburg became a venue for two informal summit meetings of the heads of state of the Commonwealth of Independent States and of the presidents of Belarus and Russia

The President of Belarus positively assessed the informal meeting with colleagues from the CIS, “It was a very good event, kind, warm. We saw once again that the leaders of the post-Soviet republics, including Belarus, perfectly understand the situation around us, and have sorted out all the intricacies of world politics. Thanks to Russia.” 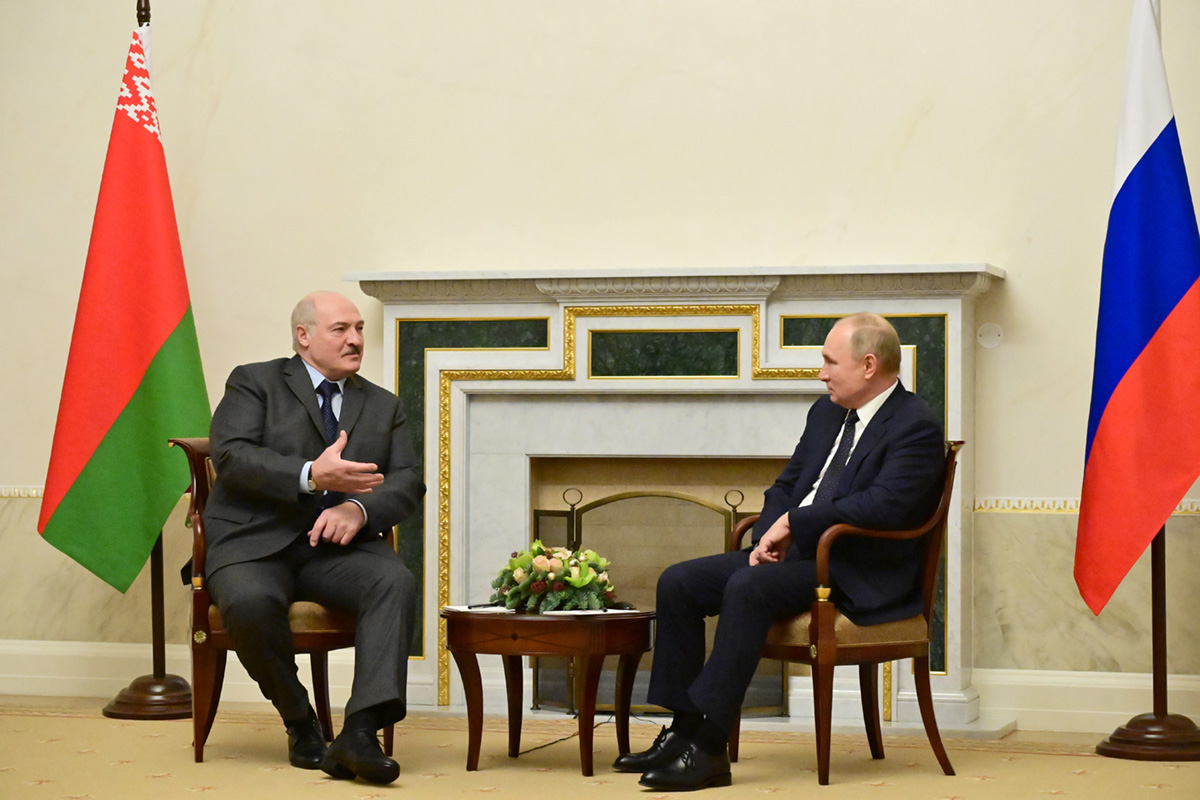 
Aleksandr Lukashenko drew attention to the fact that although the meeting of the leaders of the Commonwealth was of an informal nature, nevertheless, it was possible to discuss fundamental questions, especially in those areas where it was not previously possible.
The CIS summit was held at the Boris Yeltsin Presidential Library. The agenda included summing up the results of the Belarusian chairmanship in the Commonwealth in 2021, exchange of views on solving common pressing problems, discussion of further measures to increase the efficiency of co-operation and socio-economic development of the CIS countries. The meeting is also significant in that December marked the 30th anniversary of the founding of the Commonwealth of Independent States.
During the summit, the leaders of the CIS states also discussed in detail the development of the epidemiological situation and proposals for additional measures to combat the pandemic.


Belarusians are grateful to friends and partners

The Belarusian-Russian summit meeting, like a series of previous ones, has once again proved that the presidents of Belarus and Russia are strong friends, our countries are fraternal, and our states are solid partners. Aleksandr Lukashenko did not hide the fact that Belarusian economic successes in the face of tough sanctions pressure largely rely on Russian support and sincerely thanked his colleague for this,

“The fact that we have increased trade turnover and our GDP has grown during this sanction year against the backdrop of a pandemic in many aspects is due to the great support of the Russian Federation and our friends, albeit to a lesser extent, in the international arena.”

In a conversation with Vladimir Putin, the Belarusian Head of State emphasised, “I am very grateful to you, to you personally, first of all, for what you have done for Belarus. And for the support you provide to us. I do not want to flatter you. It is not about flattery. And the fact is that any proposal that we make, or a request when you make an assignment to one or another person, and people respond. Russian companies, the Government and banks are meeting halfway, supporting us in this difficult time of sanctions. They continue to strangle us. There were introduced five packages, they are talking about a sixth package. Moreover, these sanctions are brainless and useless.”

The presidents confirmed plans to hold joint military exercises in Belarus in 2022. Aleksandr Lukashenko noted that he had asked his Russian colleague for a long time that the countries did not stop their co-operation in the defence industry, the military-industrial complex,

“You have always supported me in this regard. I have turned to you so that we do not stop our joint exercises. So that we continue to create centres for training our guys, first of all, new models of military equipment that we buy in Russia. We do it.”

Regarding the joint exercises, the Head of State said, “I know that you and your military are considering my proposals for training exercises in the territory of Belarus. I would like these decisions to be taken by you. This will benefit the Belarusian-Russian relations.”
Vladimir Putin, in turn, said, “As you suggested, we will hold it at the beginning of the year. The military will arrange everything. In March-February.”
Another breakthrough area of co-operation is interaction in aircraft construction. Aleksandr Lukashenko noted,

“Absolutely,” agreed Vladimir Putin. “Based on the results of our meeting, this will be another task for the Government.”

Vladimir Putin gave this assessment to the development of the Union State in 2021,

“Indeed, this year we have made a significant step forward in coordinating positions in the main areas.”

The President of Russia mentioned 28 Union State programmes on the development of integration, “Key things that may not be noticeable at first glance, but are essential from the point of view of building modern international, but at the same time close integration processes. This is primarily finance, tax, customs and fiscal legislation. This is very important and will create better conditions for the development of the economies of the two countries.” 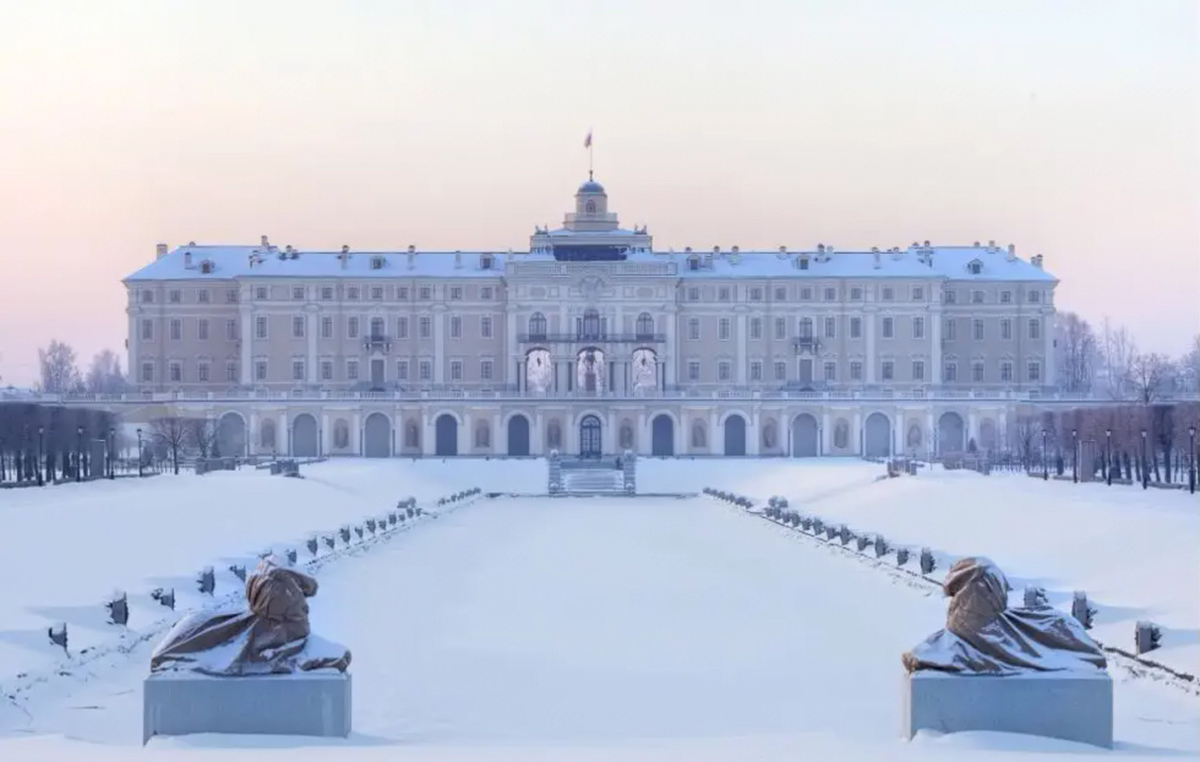 
Vladimir Putin noted that if in 2020 due to the pandemic the level of Belarusian-Russian trade fell by almost 17 percent, in 2021, it has grown by 36 percent:
“We covered everything that we lost in the previous year and even gained,” he added.
The Russian President stated that the parties have outlined serious plans for the implementation of interaction, and thanked Aleksandr Lukashenko for the fact that Belarus has consistently supported the development of integration with Russia, “I hope that we will co-operate as productively in the upcoming 2022.”
Vladimir Putin also noted the good pace of development of the Belarusian economy,

“As for the economy, I would like to note that our experts believe that the economy of Belarus is in good condition.”