The President of Belarus, Aleksandr Lukashenko, is visiting today the selection and seed complex of the Scientific and Practical Centre for Arable Farming at the National Academy of Sciences of Belarus (NAS), located in the Smolevichi District 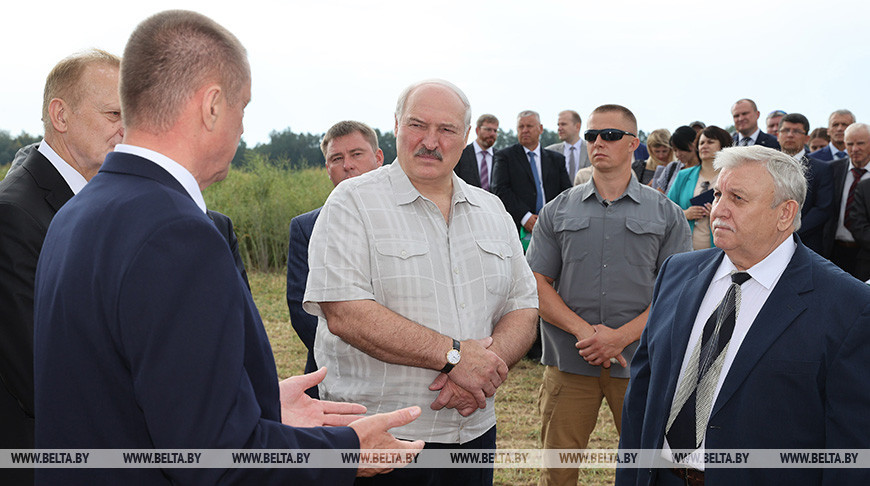 The Head of State will inspect the selection fields for breeding varieties of wheat and leguminous crops, getting acquainted with the technologies for refining and storing breeder seeds. The President will hear reports on the progress of field works, on the main results of the NAS activities in agriculture, as well as on providing agricultural organisations with modern domestic varieties of grain and fodder crops.

The Scientific and Practical Centre for Arable Farming of the National Academy of Sciences of Belarus is working on the selection of 38 species of agricultural plants and the production of original seeds of about 140 released varieties. In 2021, 176 varieties of agricultural crops selected by the centre were cultivated on the fields of the country, occupying over 80 percent of the sown area while domestic varieties of winter rye, oats, fodder barley, buckwheat, spring wheat and lupine occupied more than 90 percent of the area. All registered varieties of the centre successfully compete with the best achievements of foreign selection, boasting a high level of productivity and product quality: more than 100 centners per hectare for cereals, 60 – for rapeseed, up to 50 centners per hectare – for leguminous crops.