“We are taking a decisive step in our integration,” the Head of State said on meeting the Prosecutor General of Russia, Igor Krasnov 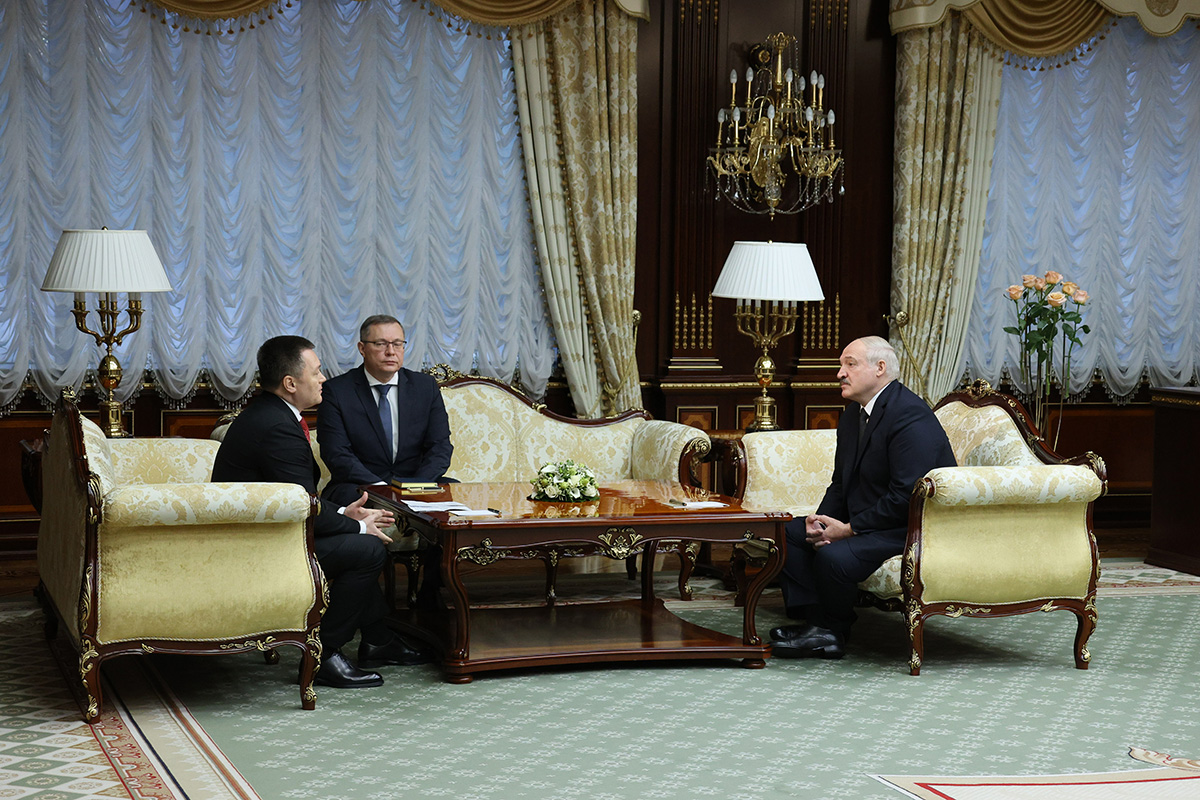 Welcoming his guest, the President stressed, “No matter how actively the mass media have been recently trying to drive a wedge between us, we are experienced people – especially you who have observed a lot in life in connection with your profession. You probably understand what is happening around us. Therefore, we cannot escape this political entourage. Nevertheless, I want to confirm once again: Belarus is not an alien country for you. It’s like a home for you – and you should act accordingly.”

Aleksandr Lukashenko noted that the meeting was taking place on the eve of an important event: the Supreme State Council will be held on November 4th – despite the problems that surround us in relation to people's health, treatment, and so on. “Nevertheless, this will be an important Supreme State Council since – over recent years or maybe a decade and a half – we are taking a decisive step towards our integration. As President Putin, my colleague, said, this is how we will resolve many, if not all, issues in the economy. We are thus creating – as he noted – the foundation of our future relationship. How shall we build our relationship? I think we’ll do this successfully. I’d like this step to be concrete and strong,” the President said.

Aleksandr Lukashenko added that some might say that our country has nowhere to go, that Belarus – like Russia – is under sanctions, and that the Republic has only one ally…

“In this regard, I should note that the work over these 28 Union State programmes – that we outlined and agreed to sign during the Supreme State Council with President Putin – began long before these events here and in Russia, and before these sanctions. Probably, we have seen once again who our friends are, who our rivals are, and who our real enemies are. We see all that,” the President emphasised.