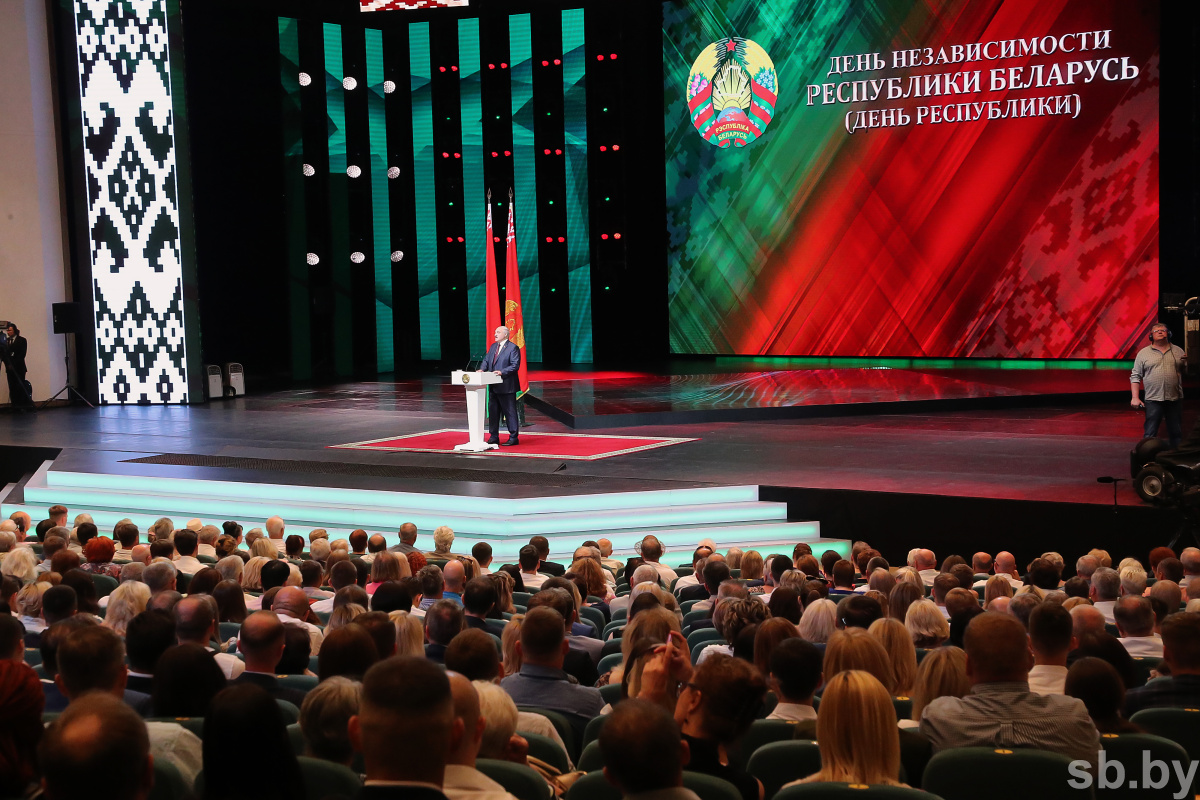 Aleksandr Lukashenko noted that everyone who preferred to forget the atrocities of the Nazis would have to look again at the terrible traces of the bloody crimes of their fathers and grandfathers, “Previously, we delicately kept silence, believing in our Slavic manner that children are not responsible for their parents. We still think so. But the time has come for forgetful Europe to go through moral cleansing. Let them watch and draw their own conclusions. We will always remember that freedom for us is a synonym for the word ‘to live’. The liberation day of Minsk is the second birthday of the Belarusian nation, which was doomed to destruction, but survived and, together with the fraternal Soviet peoples, saved Europe from fascism.”

Therefore, Aleksandr Lukashenko emphasised, it is on July 3rd that we celebrate one of the main public holidays: Independence Day, “There is no other date in our history that our people would so accept with their hearts. There is too much personal, close and understandable to all Belarusians in it. A careful, almost sacred attitude to the memory of that war has become part of a family tradition for each of us.”