During a meeting on military security issues at the Defence Ministry’s Strategic Control Centre today, Aleksandr Lukashenko stressed: the situation in Belarus cannot be viewed autonomously and independently of the events developing in the Black Sea basin, and of the issues connected with Ukraine, Poland and the Baltic States 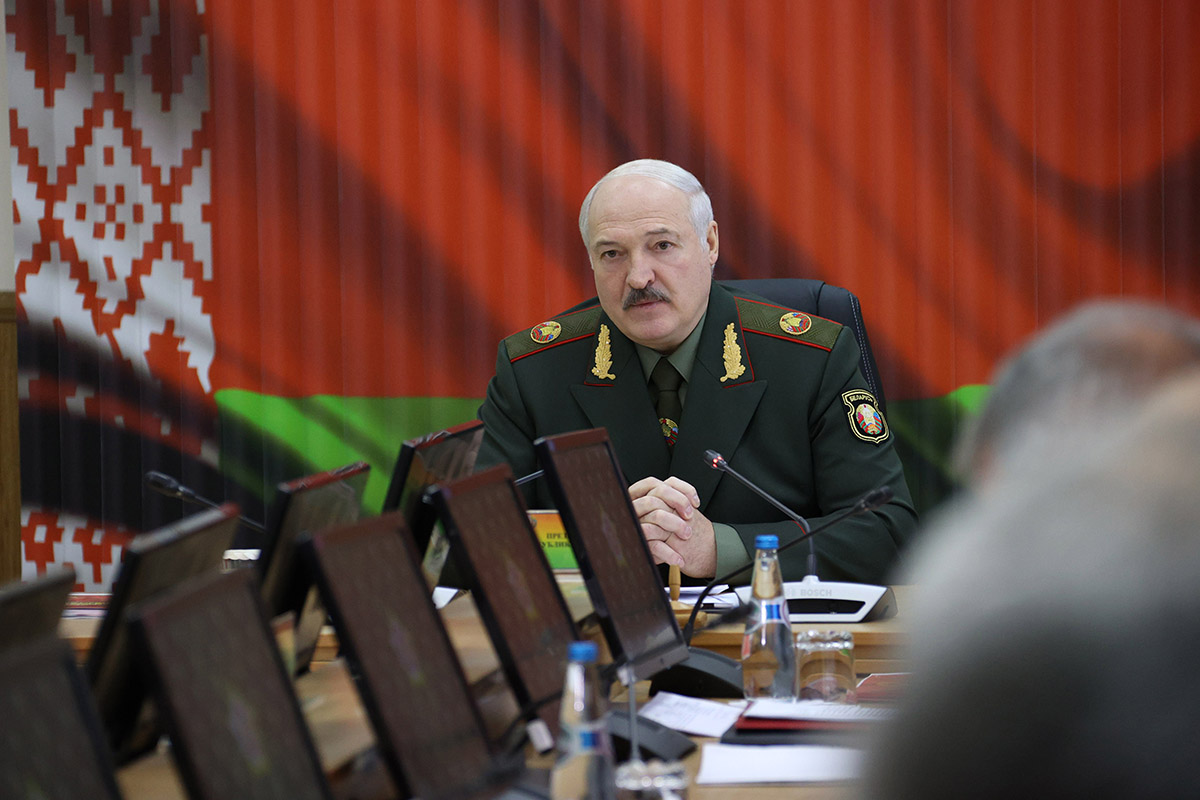 “We are a link in this common chain. We don’t know for sure yet but we imagine the plan of our opponents – and we can say it openly now – of our enemies,” the President said.

The Head of State mentioned several examples of military activity on Belarus’ borders as an example, “An increasing number of flights of reconnaissance aircraft above the Kaliningrad Region is registered, and military events are being held in the neighbouring states of Belarus. We already see this. As Russia’s Defence Minister said, if dozens of aircraft are flying around the Russian borders, exercising bombing (they even openly said they were practicing a nuclear strike against Russia), if connecting roads are being built in adjacent territories (the military are well aware of it), if large scale exercises are being conducted with a transfer of additional troops closer to our borders (there are already tens of thousands of them), it means they must have certain intentions.”

The President analysed, “Once again, our partners (as they are called in Russia), our rivals (as I said, enemies) are trying to ‘rebuild’ Russia. Therefore, they came up with the idea that Russia is going to attack Ukraine. However, if it is really going to, then confirm these words with facts. But nothing needs to be confirmed. This can be seen in relation to Belarus. They say, Belarus has brought migrants from Somalia and is pushing them through the border. I have previously said: there are only a few Somalis in Belarus. However, they don't hear it and they don't need to hear. Therefore, active movements around the Russian Federation begin under the guise of the fact that it is going to attack Ukraine. I have no such information about Russia's planned attack on Ukraine. If there were such plans, then the Belarusian military, including me, would have known about them. We would have been notified.”

Aleksandr Lukashenko believes that representatives of the collective West understand perfectly well that, if they start a new war in Donbass or somewhere on the border with Russia, Belarus will not remain on the side-lines. “It is clear which side Belarus will support. They understand this, so they have begun strengthening their border, the Belarusian-Ukrainian border – though there is no reason to do this today. It is absolutely quiet there, it is even calmer than before. Nevertheless, they are deploying military contingents there, while speaking of this openly. Around 8,000 soldiers are there now,” he said.

The Head of State also spoke about the situation on Belarus’ western borders, “You are well aware of what is happening here, on the western border with Poland and the Baltic States. They are probably worried that a flow of migrants has decreased since they used these people, as we can already see, to solve their internal problems and put pressure on us. I return to the idea that they understand perfectly well that if Ukraine tries to unleash a conflict with Russia, Belarus will not stand aside. Therefore, it is necessary to hold back the Belarusian army, to put pressure on them in the western borders of Latvia, Lithuania, Poland, and in the south – by strengthening the Ukrainian border. Look, in the near future, my words will be confirmed.” 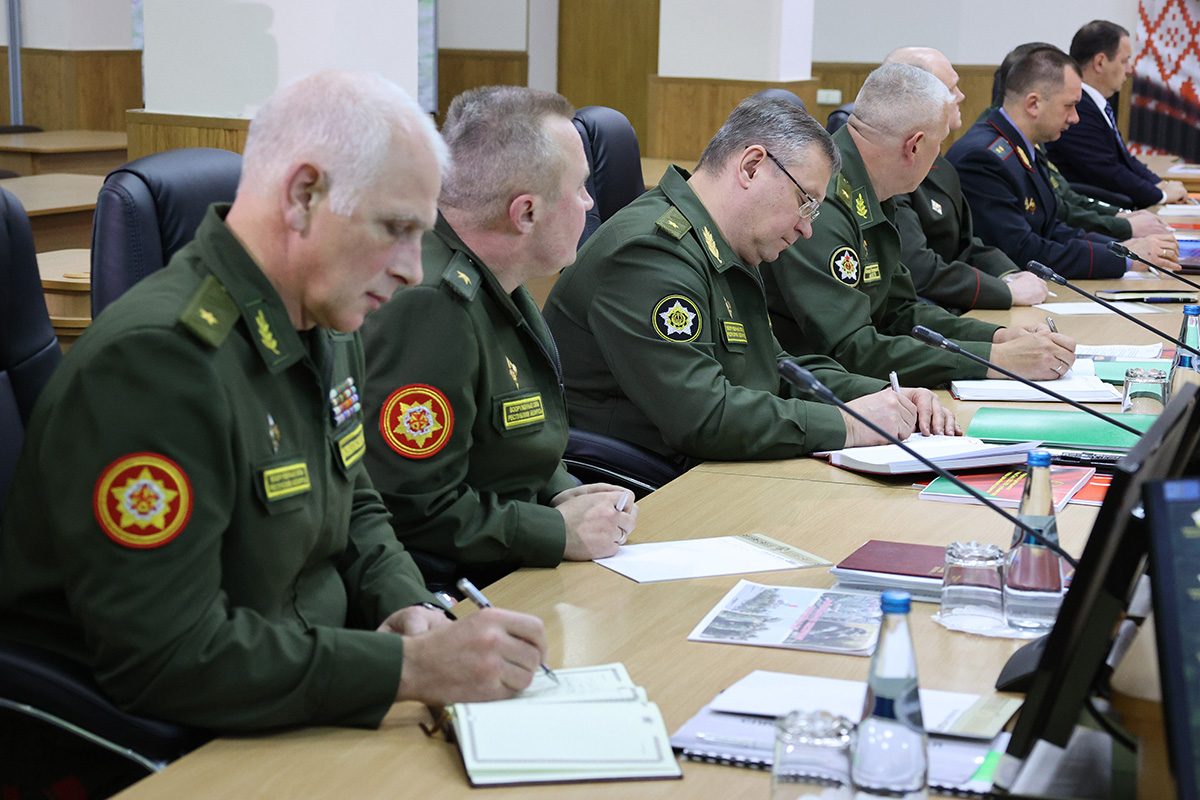 Aleksandr Lukashenko reminded that he had instructed the Defence Minister and the Head of the State Border Committee in no case to succumb to provocations or to provoke conflicts and clashes, “At the same time, General Khrenin and the General Staff were ordered to prepare plans for a possible response to possible aggression against Belarus – and not only aggression but possible illegal actions with violation of the state border. The General Staff must all time keep in mind in which directions these scoundrels will act against us and how we will react to it.”

With this in view, according to the President, the purpose of the meeting at the Defence Ministry was to discuss plans for the Armed Forces’ response to possible unfriendly and aggressive steps towards Belarus.

“I mean the Armed Forces. Not only the army but also the Interior Ministry, border troops, the State Security Committee,” Aleksandr Lukashenko explained. “We see what is developing. We are not deploying our military units. I have not given such an order. However, we must have plans of our counteraction against any of their actions. We have every opportunity to keep ear to the ground, as people say, and respond to their every military movement. And not even military but also to their plans, the plans of these armed forces. That is the purpose of our event today.” 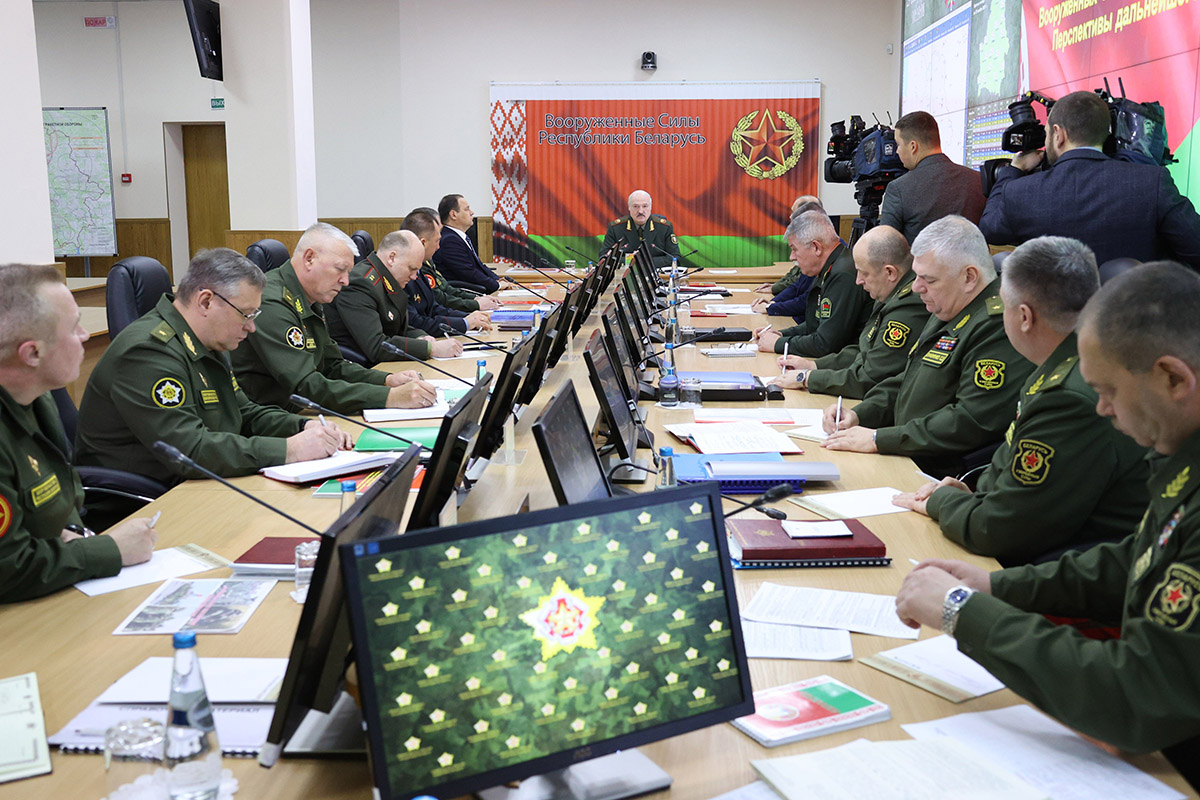