Braslav and its surrounding area on old postcards and photos

From a bird’s eye view, this city can be compared to an island surrounded by an endless sea, or an exquisite cheese with holes — because of the large number of lakes in Braslav and its surroundings. The Braslavskoe Poozerie [Braslav Lake District] is the largest area of lakes in Belarus. Let’s plunge into its history together. 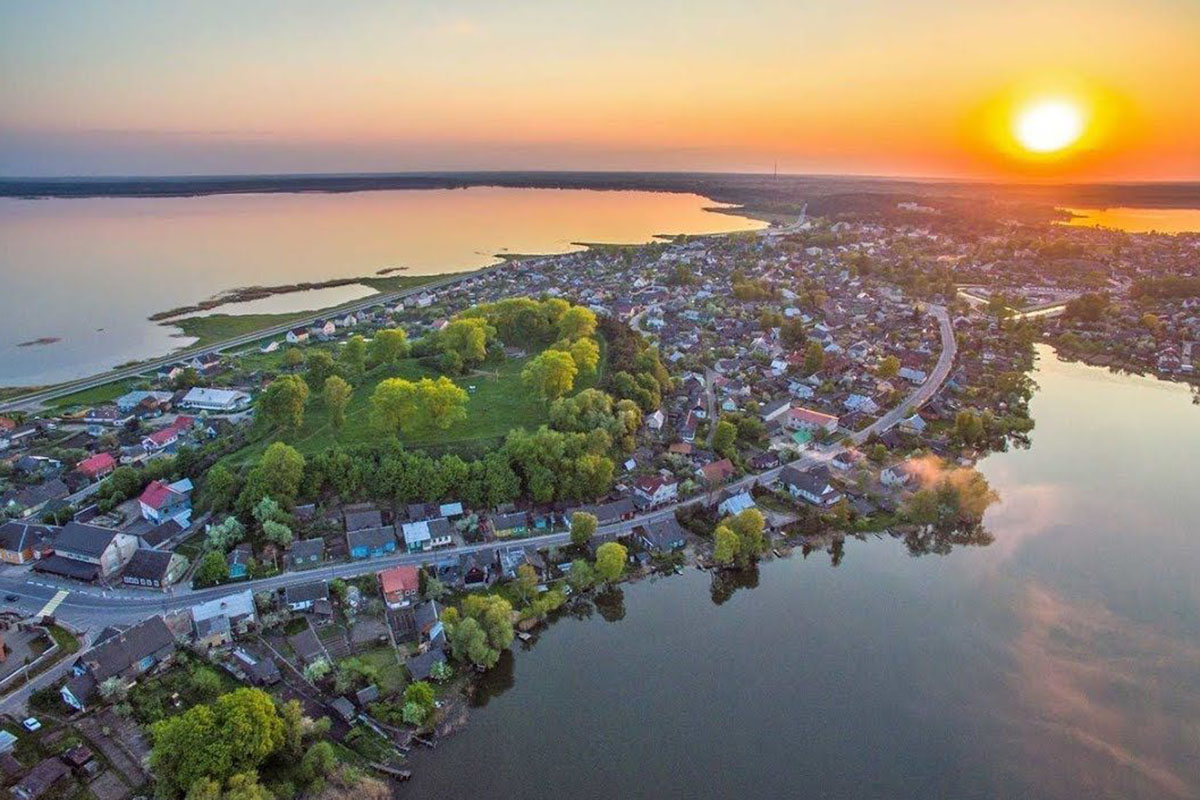 This amazingly beautiful land with hundreds of reservoirs of different shapes, areas and depths attracts not only hunters and fishermen, but also true connoisseurs of landscape therapy. It’s now a calling card for the Vitebsk Region and the whole country. Tourists especially love local Drivyaty, Tsno, Nespish, Nedrovo, Potsekh, Voiso, Boloiso, Strusto, Snudy, Volos Severny and Volos Yuzhny lakes.
Let’s try to reveal the past of some of them. Take a look at Braslav. It’s in this city that local historians advise to start a journey through an amazing land.
If you look at the old photos of the Braslav lakes and its surrounding areas, you can see that medieval princes and kings knew a lot about their beauty. They built houses on the banks, received noble persons and arranged magnificent balls. Now there are legends about the former luxury of the estates and the castle. They cover every corner. 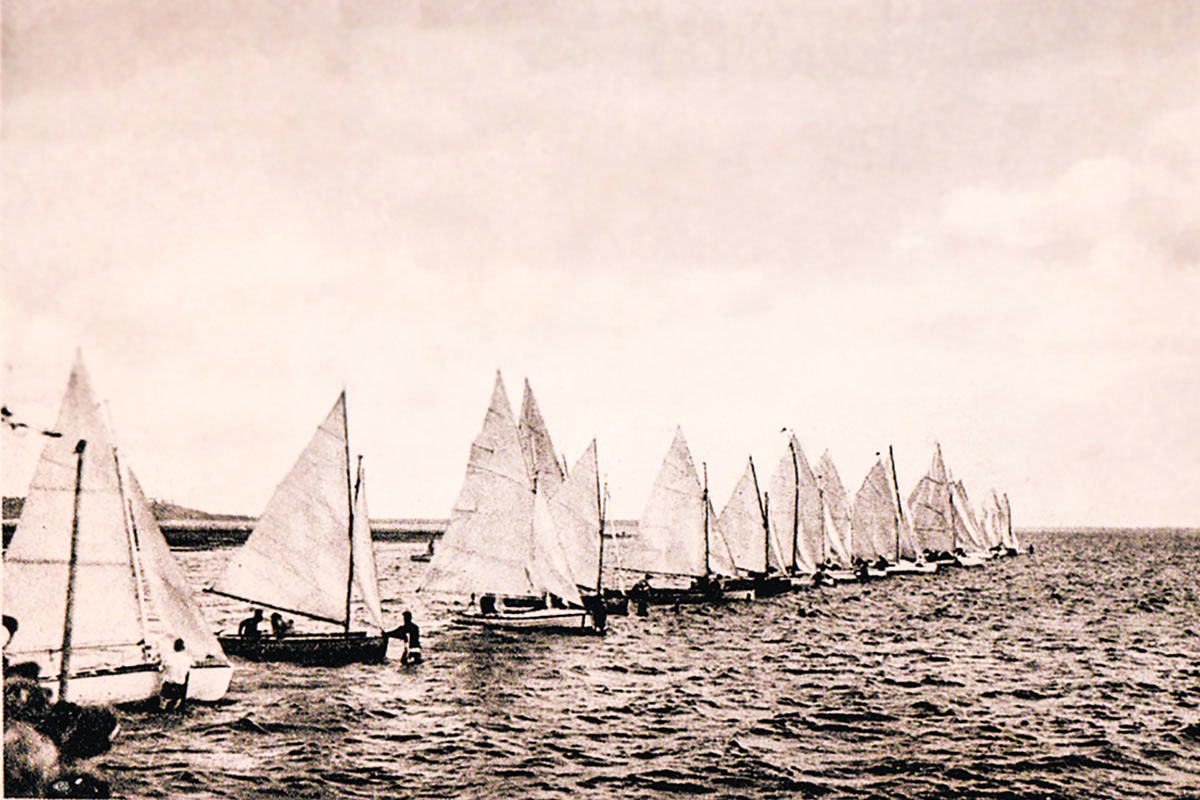 The historical centre of Braslav is its Zamkovaya (Castle) Hill — an ancient settlement of 14m high. It was here that the first stone in the foundation of the future city was laid centuries ago.
It’s believed that the founder of Braslav was the Prince of Polotsk — Brachislav, the grandson of Rogneda. The original name of the city was Bryachislav, Bryatislav and, according to one version, the name of the city had a Baltic origin (from the words ‘brasl’, ‘brod’ (ford, shallow water).
Few people know that this ancient place is two years older than Minsk. The first chronicle information about the city is associated with the 1065 attack on it by the Lithuanian princes, Cernus and Gimbut. These events are depicted in the Chronicle of Bykhovets. The Lithuanians rased the city to the ground. Subsequently, it was rebuilt. Its centre was a castle with seven towers which hasn’t survived. Numerous historical sources, including documents from 1514, confirm that it really existed. Braslav was given the Magdeburg Right by a royal decree. 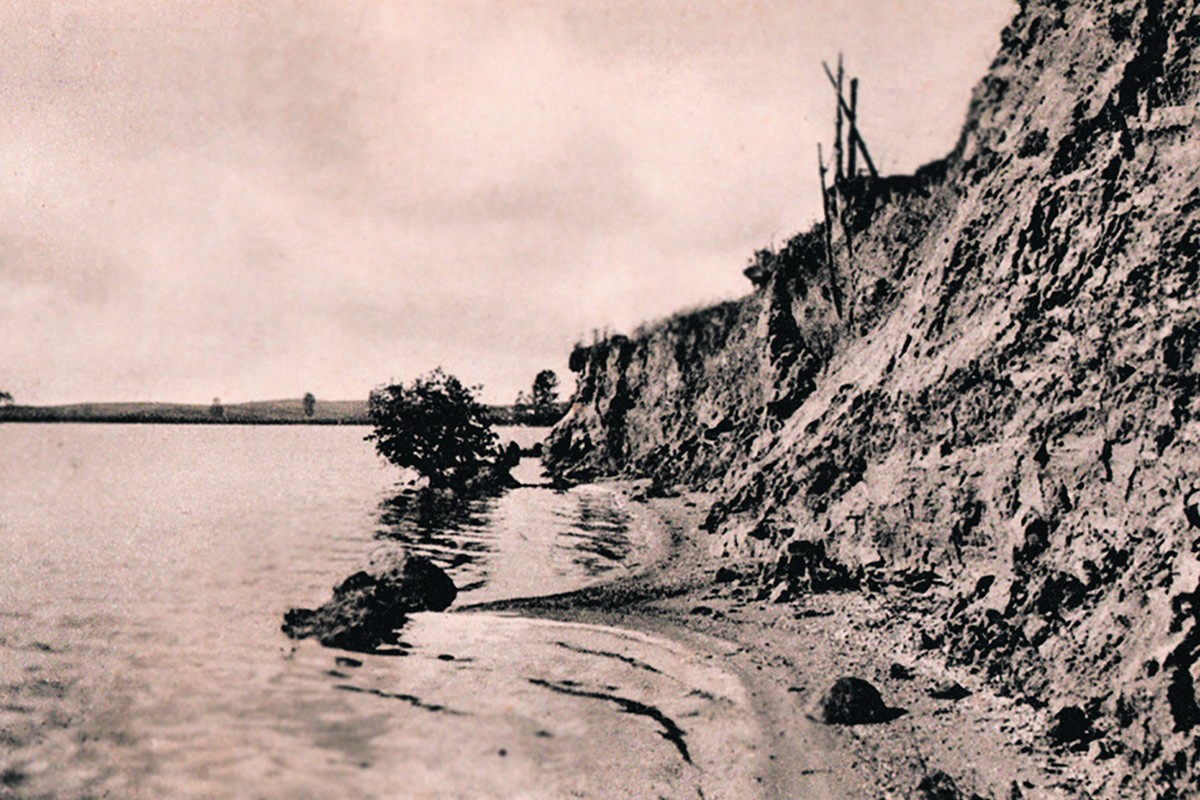 There are many legends about the ancient settlement. The heroes of one of the most famous ‘came to life’ in wooden sculptures on Zamkovaya Hill, among them are Prince Dvin, his wife Druika and three young princes. The plot is more like a Shakespearean tragedy and tells how Prince Dvin wanted to marry his daughter off. She rejected all the suitors but gave a chance to only three brothers: Bras, Snud and Nov. She told them, “The one who kills a competitor will marry me!” The younger brothers, realising that the young princess would give her hand and heart to the elder brother, Bras, decided to kill him but they made a mistake — confusing Bras with his servant. Bras came to the castle and blamed the obstinate bride for the death of his brothers. The beautiful Driva could not stand the shame and threw herself into the lake. Her mother died almost immediately after that. After a while, Prince Dvin returned from a campaign. But even he, grieving for his wife and daughter, did not live long. The residents of the city invited Prince Bras to reign. The glorious prince lived alone all his life. His name remained in the name of the city, and the name of the princess — in the name of the lake where she died. Now Drivyaty is the fifth largest lake in our country. The names of the characters of this legend are also hidden in the names of the local rivers — Dvina and Druika — and the lakes, Snudy and Novyato.
Zamkovaya Hill offers a view of the lakes, while tourists can’t help but say: ‘It’s a real blue necklace of Belarus!’ 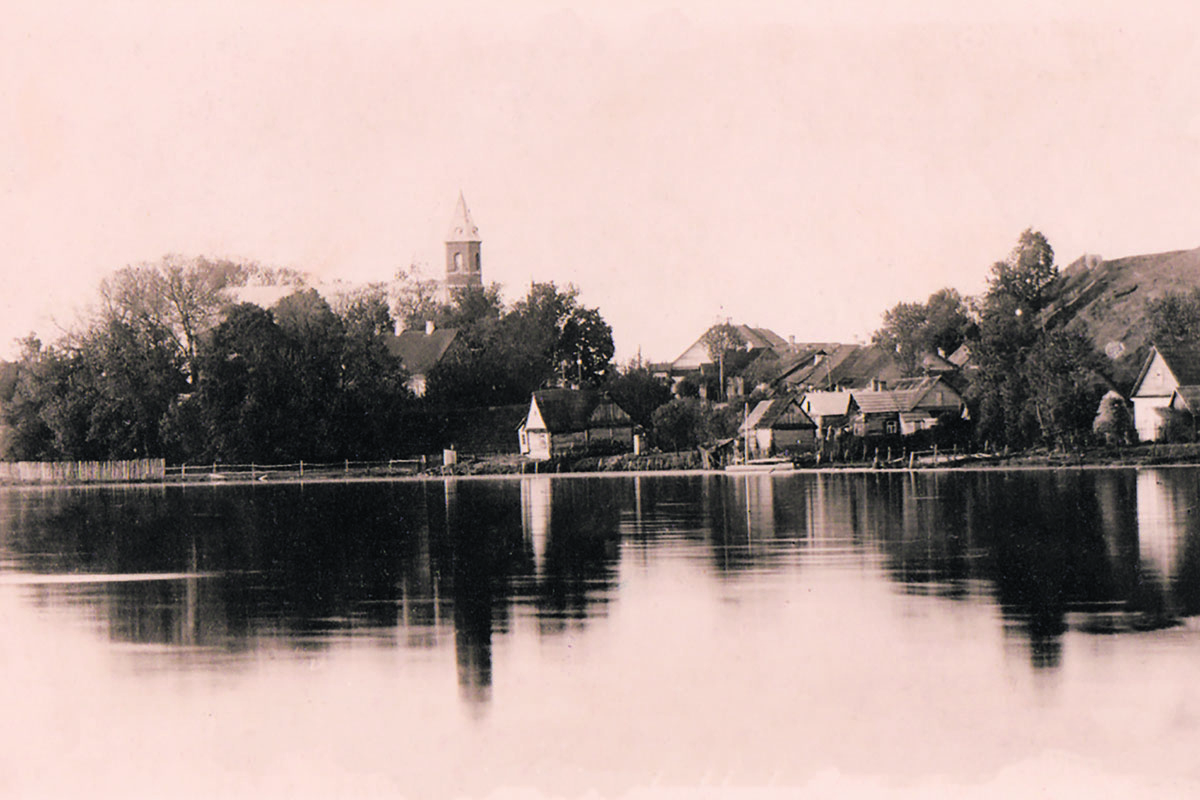 Braslav. A view of the city from Lake Novyato (early 20th century)

Surrounded on all sides by water, Braslav resembles a magic ship cutting through a mirror’s surface. As if by the wave of a magic wand of nature, the Braslav District boasts many lakes. How many are there?
Experts say that there are about three hundred, with Drivyaty and Snudy being the largest. The cleanest lakes are Voiso and Strusto. The last glacier left a rich legacy 15,000 years ago. It is known that the total area of reservoirs is 130 square kilometres.
An amazing legend is associated with the unusual origin of Lake Strusto. This deep clean lake appeared thanks to a girl named Strusta. She sent her beloved boyfriend to war, and he didn’t return. Strusta could not survive the grief, she cried and, over time, a whole lake was formed from her tears. She later drowned in it. Today Strusto is one of the most beautiful lakes of the local region. Its highlight is the uninhabited island of Chaichin.
Lake Nespish also has its own island. According to one of the ancient legends, it arose from the mirror of a girl whom an evil rich man wanted to marry. The beauty refused to marry him. In revenge, he went to war on the castle where her parents lived. But the situation was saved by a mirror thrown by the girl in the direction of the approaching troops. The castle was eventually surrounded by a clear lake, and the unsuccessful groom, along with his army, went to the bottom. 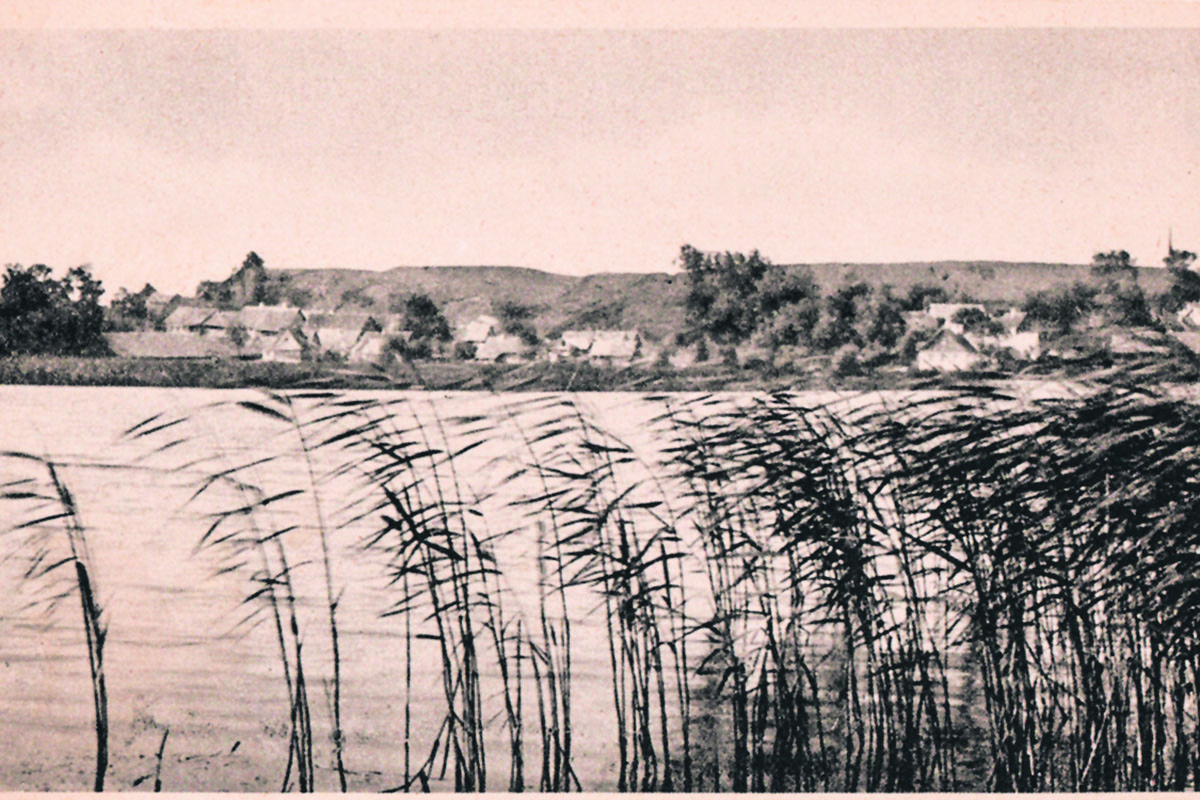 Lake Nedrovo has been keeping its secrets for centuries. Few people know why one of its bays is named after St. Teresa. According to legend, she was a kind and very beautiful Braslav woman. One day Teresa went to the lake to wash clothes, but exhausted from the heat, she decided to swim. She lost consciousness in the water and drowned. Since then, the bay has been named after her. The holy girl was known for mercy and compassion for the weak and sick.
Those coming to Braslav should go to Velikaya Street, with a stone-paved road. A few years ago, a wish fulfilment arch was installed here. Local vacationers, according to a recent tradition, approach it and make a wish. They say it comes true. After all, according to legend, these regions are blessed by God himself.
The legend about this formed the basis of the coat of arms of the city, which depicts a shield of the golden sun with a blue triangle and a drawing of a human eye on it. The eye is the symbol of God’s blessing.
There is also God’s eye in the name of the lake of the same name in the Braslav District. It got its name due to its form. The round lake has not changed shape for centuries. According to legend, it watches people from heaven. The lake is located 10 kilometres from Braslav. Its water is cold, it is not good to swim in, but it’s worth going there — not only to retire and feel the harmony of nature, but also to receive God’s blessing.