Aleksandr Lukashenko instructed to set up our own domestic production of food packaging in Belarus by the end of the year. The Head of State gave the corresponding instruction during his visit to Minsk Dairy Plant No. 1 JSC — the Managing Holding Company Pervyy Molochny. 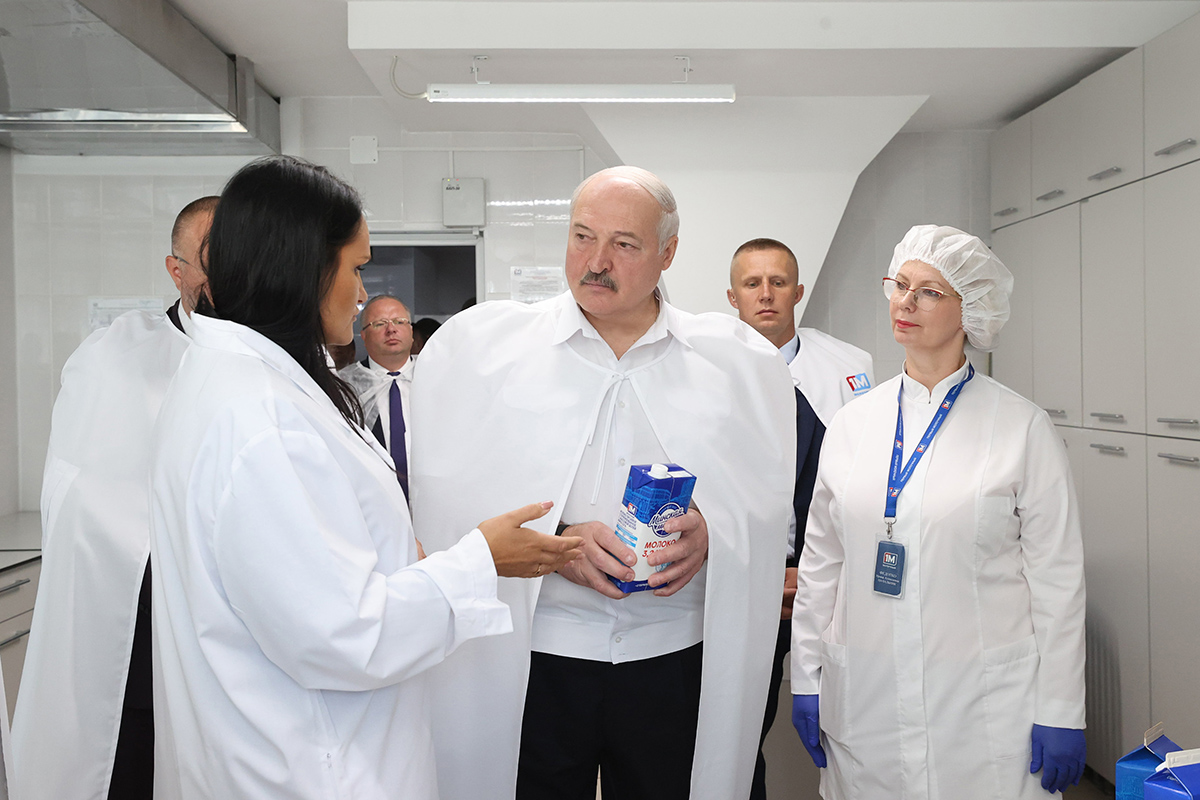 “This packaging material must be produced in Belarus before the end of the year. Our chemical industry is super-developed, but we cannot produce this oilcloth,” reiterated the President.
Packaging material for some types of products, such as milk, was previously purchased by Belarusian enterprises abroad. Now some difficulties have arisen with this, which, among other things, affected the volumes of products supplied to the domestic market.
The Head of State recalled that the tasks of import substitution have been set for more than a year. The President entrusted the Agriculture and Food Minister Igor Brylo with responsibility for setting up the production of food packaging, and Deputy Prime Minister Leonid Zayats was entrusted with overseeing this issue.
In addition, the production of necessary spare parts for imported equipment should be organised in the country, Aleksandr Lukashenko demanded. The Head of State noted that the best option is to produce spare parts at home. The required volume and type of production should be indicated by the directors of enterprises who need the parts. If it is not possible to produce, you need to look for other options.

“These two items, packaging and spare parts for imported equipment, should be worked out by the end of the year. I should not hear anything at all about the lack of packaging or spare parts,” the President addressed the relevant minister.

During a visit to the plant, the President was informed that the supply of whole-milk products to the domestic market, primarily in the capital, has dipped due to the reorientation of enterprises towards more marginal exports. The authorities did not have time to orient themselves in time, and therefore preventive measures were not taken.
“You provide for an internal market so that our people are fed, and then take them wherever you want, where the price is higher. I don’t mind. I am for you to get a big profit. But not in a way that it would be difficult to find a bottle of milk in Minsk, while we have it in abundance in the country,” said Aleksandr Lukashenko. “There should be no such failures in agricultural products.” 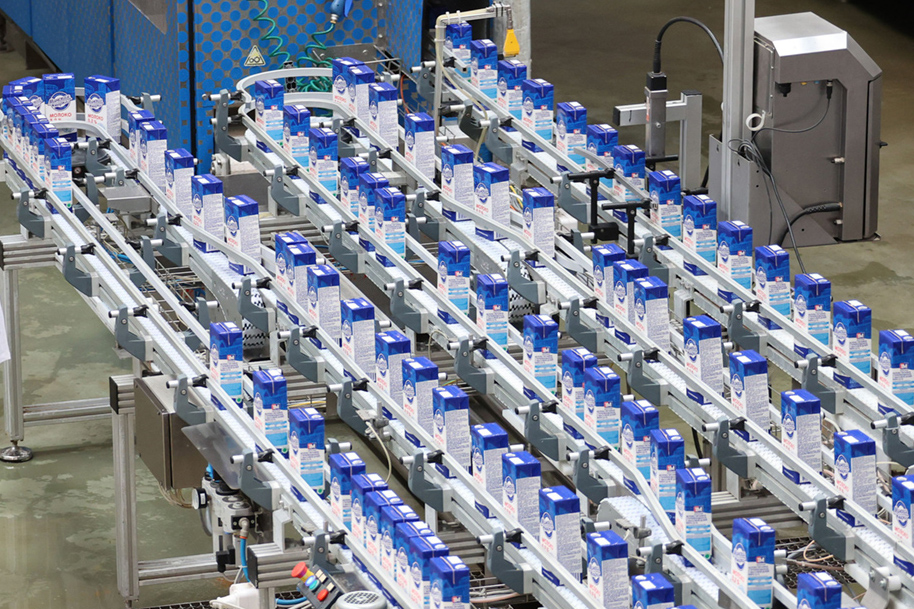 Governor of the Minsk region Aleksandr Turchin proposed to increase prices for whole milk for certain items. According to him, this will improve the economic situation of enterprises.
“Are you suggesting raising the price of milk? People mostly take milk and kefir. You are an economist. What will we do with pensioners? Do we have money to raise their pensions?” the President asked reasonable questions. “What can I say. Count on the fact that prices will rise ... Let’s have more milk. Then there will be higher profitability!”
Aleksandr Lukashenko recalled that the state has social obligations and we should not forget about them. And he added: it is necessary to increase the profitability of enterprises primarily through efficient production, and not by raising prices.
The President got acquainted with the work of the plant and visited, among other things, a laboratory where all the nuances are controlled, from milk quality to packaging. Aleksandr Lukashenko was shown samples of the holding’s products at the plant: cheeses, milk, sour cream, butter, cottage cheese products, yoghurts and much more. The President tasted some of them, including blue cheese.
“And why do people love it...” said the Belarusian leader after the test.
The Head of State admitted that he still has more traditional taste preferences, “I don’t like this cheese. Tried to educate myself. I tried various cheeses,” said Aleksandr Lukashenko.
The Head of State summed up his visit to the plant as follows, “There is no problem to give milk to the population. Well done, you’re doing everything right. And there is nothing to cry about that there is not enough packaging.”

Based on materials of sb.by and belta.by
Photos by BELTA
Lukashenko food packaging economy