On October 7th, Giuseppe Verdi's Requiem – a production of Moscow’s Helikon-Opera Musical Theatre – will be performed at the Bolshoi Theatre of Belarus, recalling us of millions of victims of the Great Patriotic War 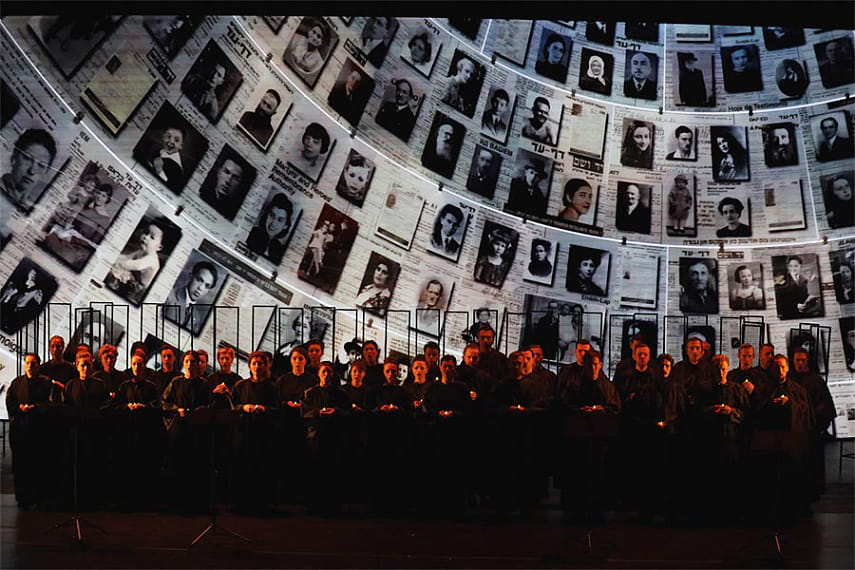 The Russian language performance – conducted by young talented Russian maestro Filipp Selivanov – will be accompanied by a video: immortal music will be supplemented with photos of war years, shots taken in besieged Leningrad, the Auschwitz concentration camp, prisoners' diary notes. This major project was prepared by Helikon-Opera for the 75th anniversary of the Nuremberg trials when the funeral mass was performed.

In the production of director Sergei Novikov who authored Requiem’s Russian text, Verdi's great music takes on a new meaning: the funeral mass is performed in memory of all victims of World War II, including soldiers and civilians. A combination of music and documentary newsreels creates a dialogue of epochs, thanks to which tragic events acquire a timeless character. The project authors remind us: we should never forget about the past so that not to let the tragedy happen again.

"It’s important for us to remember all this,” Mr. Novikov once noted. “As Klyuchevsky said, if I'm not mistaken, history is not a kind teacher but a cruel supervisor who punishes seriously for the lessons we fail to learn."

Requiem – despite its spiritual significance – was created not so much as a liturgical but operatic piece. On October 7th, soloists of the Helikon-Opera Theatre will definitely amaze with their powerful voices; among them are Anna Pegova (soprano), Aleksandra Kovalevich (mezzo-soprano), Vitaly Serebryakov (tenor), Aleksandr Kiselev (basso), in addition to the chorus and orchestra of the Bolshoi Theatre of Belarus.

The project aims to remind us of the value of peace and fragility of life which we should cherish above all.