There are not so many villages in Belarus that have not only a solid age, but also a tangible historical value. Gorval is definitely one of them — a quiet place in the Rechitsa District, in which today only about 150 inhabitants live. The Neolithic site and two nearby settlements discovered by archaeologists in the very centre of the village indicate that people settled in this place a very long time ago, and the settlement arose back in the days of Kievan Rus... 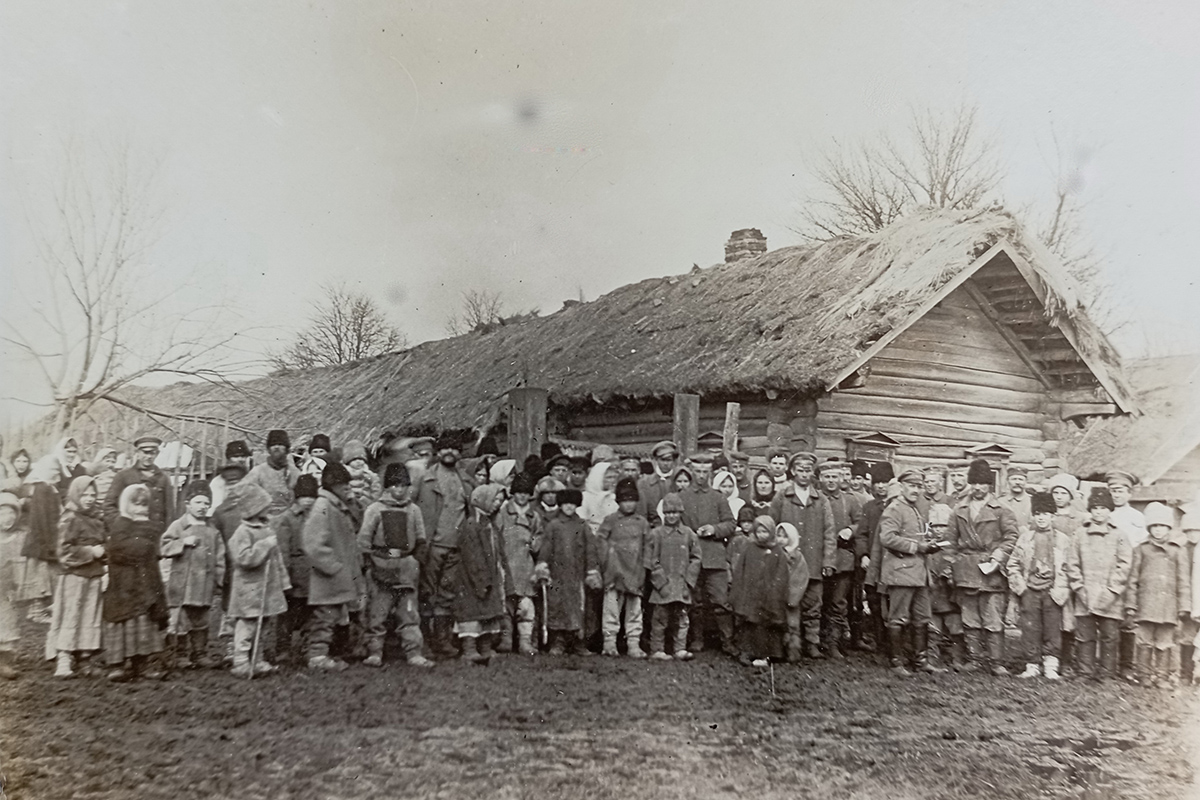 Since it is customary for us to start the chronology from the first mentions in written sources, we note that the toponym Gorval was first mentioned in the 15th century as a settlement of the Minsk Voivodeship of the Grand Duchy of Lithuania, located in the possession of the Vilna voivode Wojciech Moniwid and his heirs.
At the very beginning of the 16th century, Gorval received the status of a town, and already in 1510 it was designated as the centre of the Gorval Volost, located on the Bobruisk-Chernigov highway. In 1528, it was transferred as a state estate to the temporary possession of B. G. Shelukha, and then Bona Sforza, the Milanese princess and wife of King Sigismund I the Old. The latter in 1543 ceded the place to the princely House of Sanguszko. 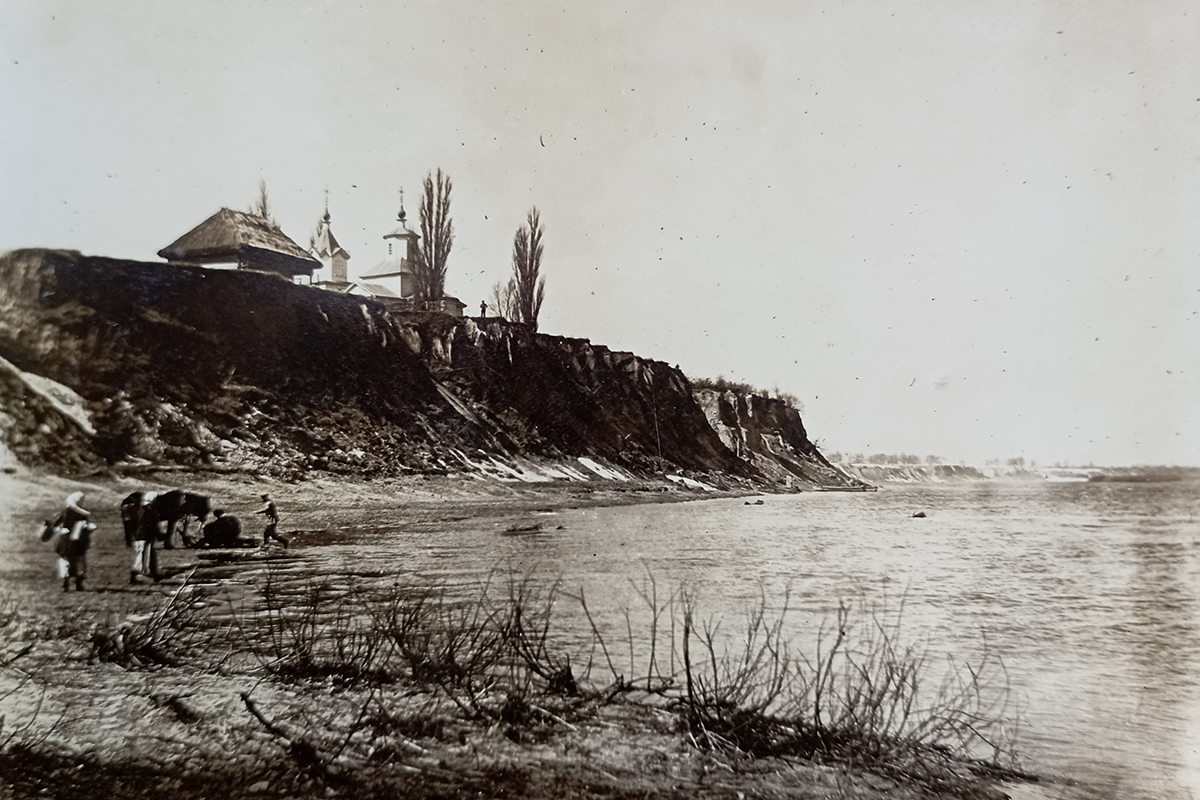 In 1535, during the reign of Grand Duke Vasily III of Russia in Rus (although his three-year-old son Ivan the Terrible was considered the nominal tsar), the town was destroyed to the ground by the Moscow army during the Starodub war. And barely having time to rebuild, Gorval was subjected to an unfriendly visit by the warriors of Tsar Alexis of Russia, who also left burning ruins behind them.
At the same time, a castle was built on the right bank of the Berezina River in the 16th century, which was first looted and burned by the Cossacks of the Ukrainian hetman Ivan Zolotarenko, the brother-in-law of Bogdan Khmelnitsky (1648), and after restoration was finally destroyed during the fighting of the Great Northern War of 1700-1721.

However, Gorval was no stranger to rising from the ashes, and after a few years the place came to life, acquired its own pier and crossing. One of the most popular annual fairs in the area is also located here.

After the Second Partition of the Polish–Lithuanian Commonwealth, the town ended up on the territory of the Russian Empire and experienced, perhaps, one of the best periods in its history. It is not known for certain when and by whom the wooden Holy Trinity Church was built (there is an assumption that it was built during Gorval’s ownership by the Vilna chapter in the 17th century), but it is documented that in 1851, during the then ownership by Kholodovskys, it was ‘utterly rebuilt by the patrimonial owner, for which up to 5,000 rubles were spent’. In 1864, a public school was opened in Gorval. 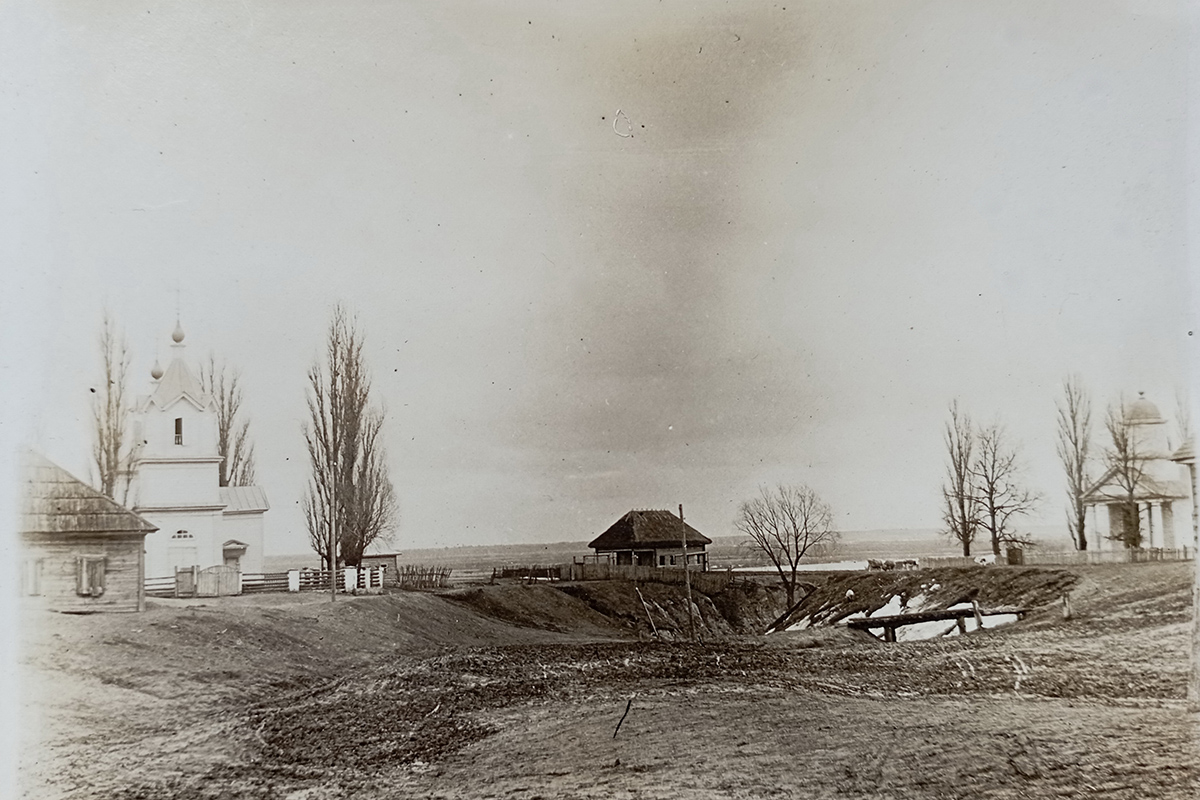 At the end of the 19th century, the Gorval Volost included 15 settlements with 471 households. The famous traveller and statistician Veniamin Tyan-Shansky described the place in his book called A Complete Geographical Description of Our Fatherland, published in 1905, as follows: ‘The area around the place is Polesian, but not poor; the estate consists of 53,000 morgs (an obsolete unit of measure equal to approximately 0.56 hectares) of land; resin is being crafted in the forests and turpentine is being produced. There are 900 inhabitants in the town, who are mainly engaged in timber rafting and trade. In Gorval there is an Orthodox church, a district police office, a volost government, three Jewish prayer houses, a hospital, a school, and quite a few shops. Based on the previous privileges, markets are held here weekly. Up to 500,000 poods of timber cargo are loaded on the pier in Gorval.’ In addition, according to the 1897 census, a telegraph office, an inn and a tavern operated in the volost centre. 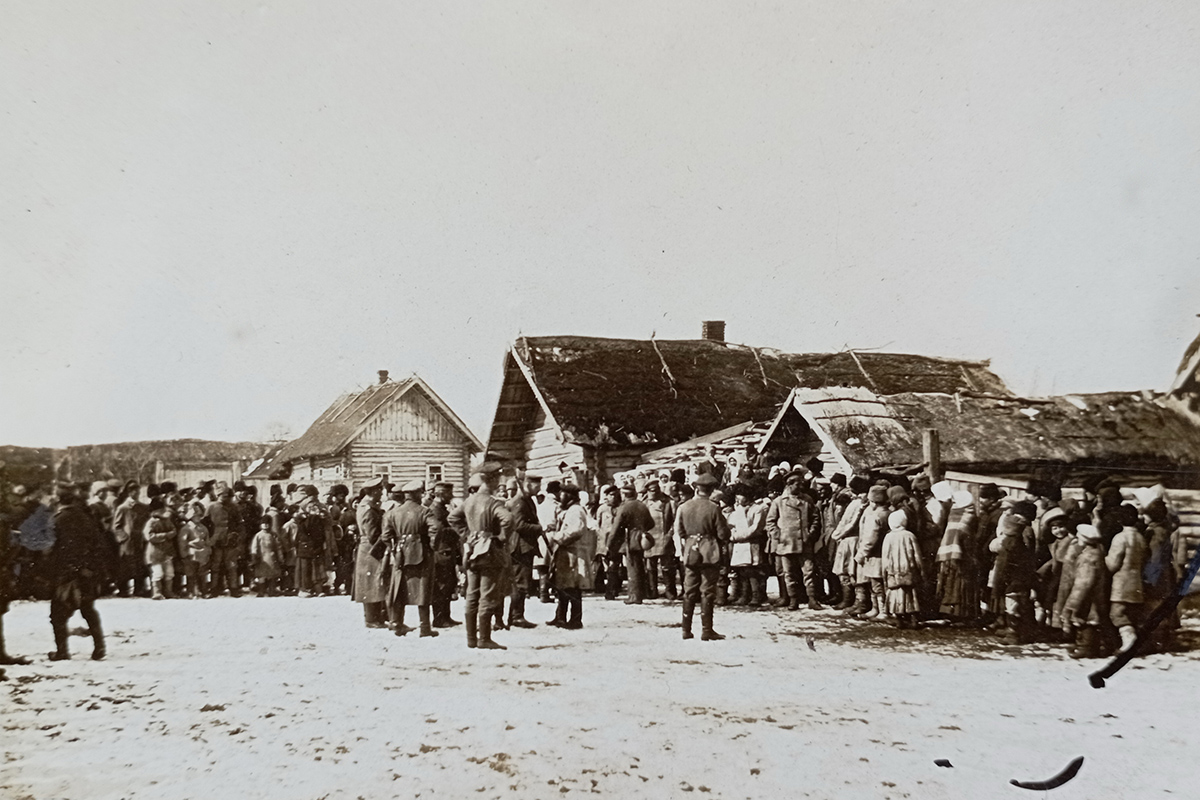 With the advent of Soviet power, the town survived short-term periods of German and then Polish occupation, after which it became part of the Rechitsa District (since 1923, the Rechitsa Volost), then for a short time it was the centre of the district of the same name. During the Great Patriotic War, strategically important, and therefore the bloodiest battles were repeatedly fought in the vicinity of Gorval. In 1943, the invaders burned 93 yards in the village and shot 69 local residents — a monument to them was erected on the eastern outskirts. 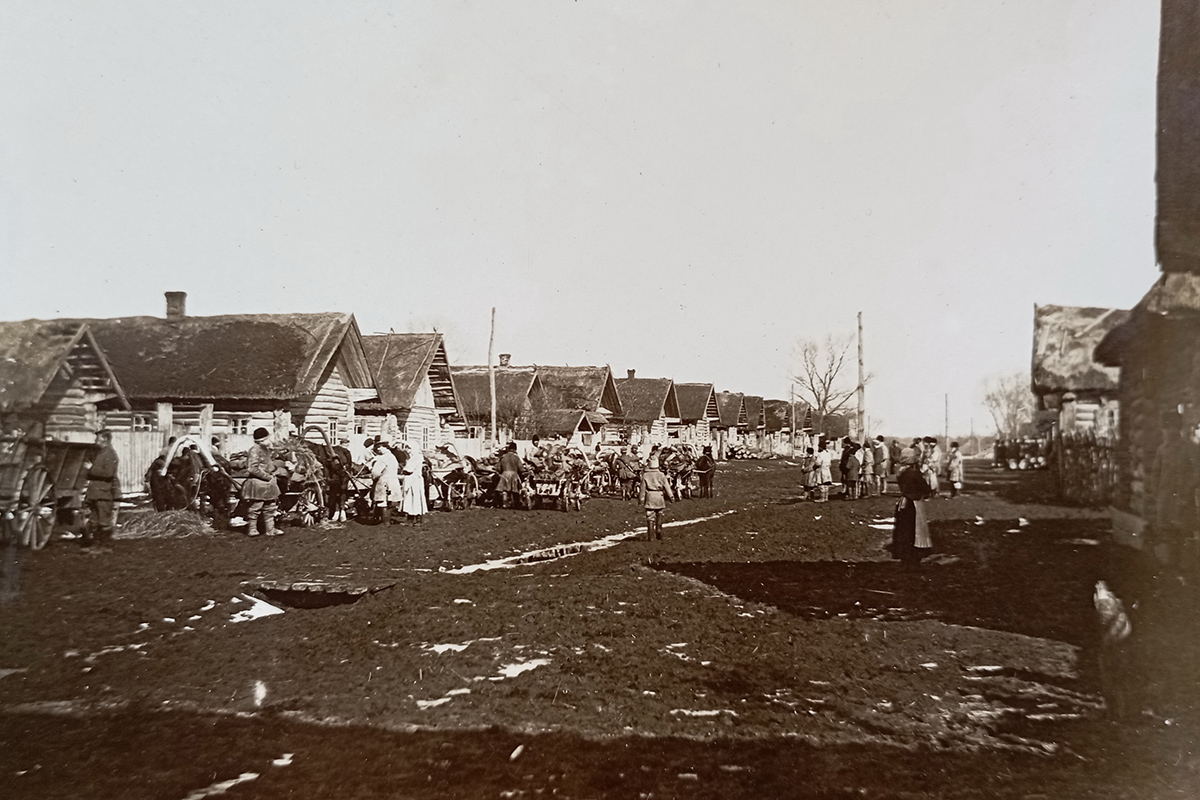 Gorval. The outside. Early 20th century.

Today, Gorval is a slumberous, beautiful, quite typical Polesian settlement in the Rechitsa District, chosen by tourists who appreciate the stunning natural beauty of these unique places. It is a pity that the last historical landmark — the Holy Trinity Church — was destroyed in the 1930s. And so, really, there is still something to see here: such views open from the steep banks of the Berezina River — it’s just breathtaking!