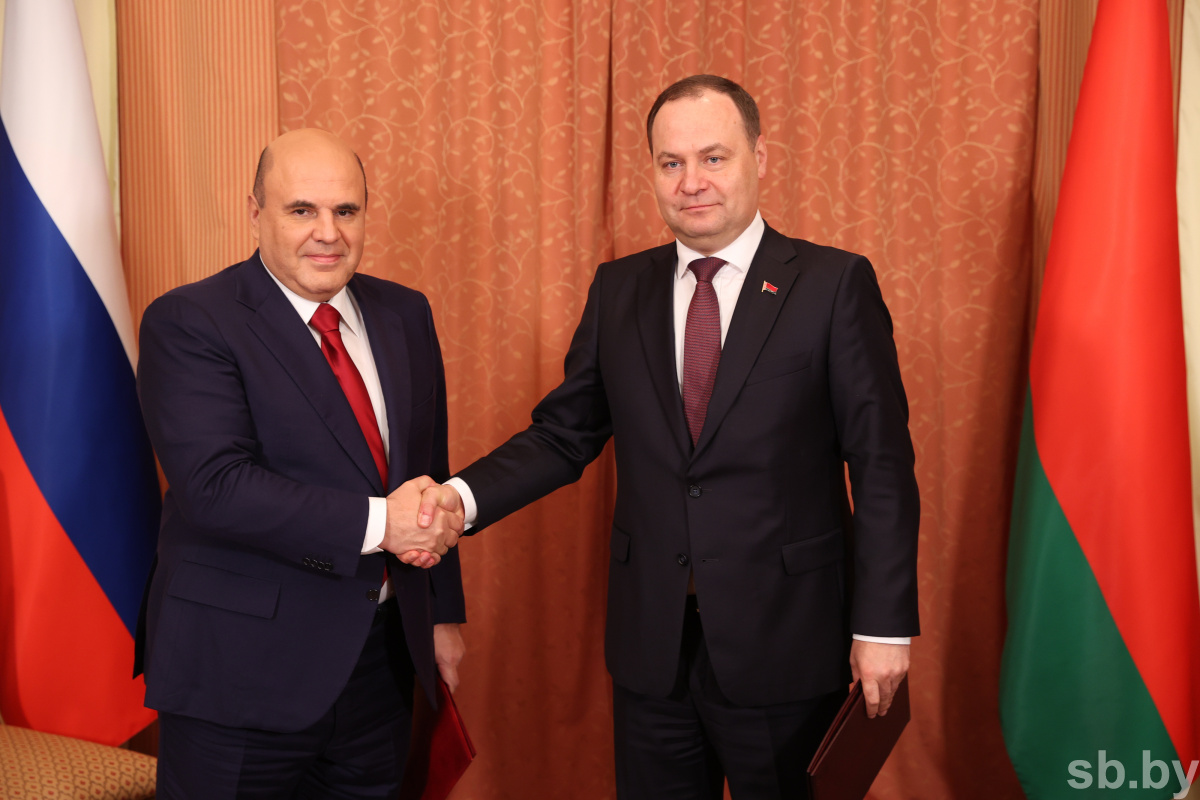 "The heads of government discussed a wide range of topical issues of bilateral co-operation between Belarus and Russia, including in the context of implementation of integration co-operation," the spokeswoman said.

According to Ms. Isaeva, the prime ministers discussed in detail practical issues of implementing the agreements reached during the meeting of the presidents of Belarus and Russia on December 29th, 2021 in St. Petersburg.

The sides emphasised the importance of prompt resolution of all issues as part of the Union State.