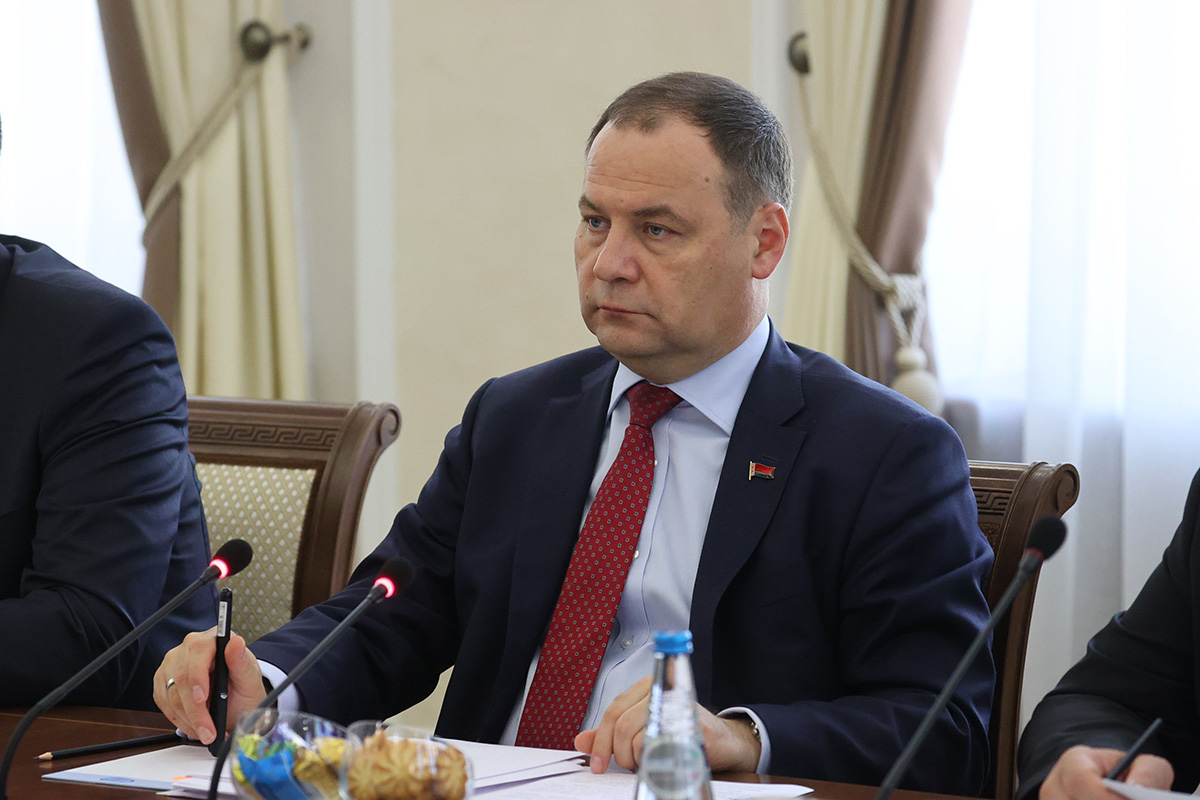 “This is happening thanks to a constructive and trusting dialogue at the highest level. The presidents of our two countries have set new tasks for the governments on the path of the Union State building, and we are now moving to a new stage of integration. It envisages not only industrial co-operation, but also cultural, humanitarian, financial and banking integration. This is the path that we still have a long way to go, but it will ultimately benefit our peoples,” Mr. Golovchenko said, confirming that Russia is Belarus’ strategic partner.

The Prime Minister explained, “Many things connect us. In just a few days, the countries will celebrate the 30th anniversary of the establishment of diplomatic relations. We have always maintained a sense of mutual respect and trust. Belarus has great respect for the successes achieved by fraternal Russians in building a strong and independent state.”

Mr. Golovchenko emphasised that, in conditions of an unprecedented external pressure on Belarus and Russia, mutual support is vital, “The current situation is an additional argument in favour of the intense building of our Union State. The Western policy aimed at separating us has actually brought our countries together even more to jointly face new challenges. I am convinced that our states will successfully pass this difficult stage.”

In 2021, the Belarus-Russia trade turnover exceeded $40bn – setting a record since 2012. A thirty percent increase is expected this year. In comparison with 2020, the indicators of bilateral trade have grown by more than $10bn, while Belarusian exports amounted to almost $16.4bn. Moreover, despite the foreign policy situation, positive dynamics in trade and economic relations has been maintained since the beginning of 2022. Twenty-eight sectoral programmes are being implemented in the Union State, and Belarusian and Russian capitals, enterprises and regions co-operate. Minsk alone has concluded 46 agreements with Russia’s federation subjects.