Belarus’ Federation of Trade Unions has agreed to defend the rights and interests of Belarusian workers in the international arena jointly with the Belarusian Republican Bar Association – as informed by the Deputy Chairman of the Federation of Trade Unions, Vadim Grachev, following the first day of work of the Impact of Global Economic Challenges on Social and Labour Human Rights international conference 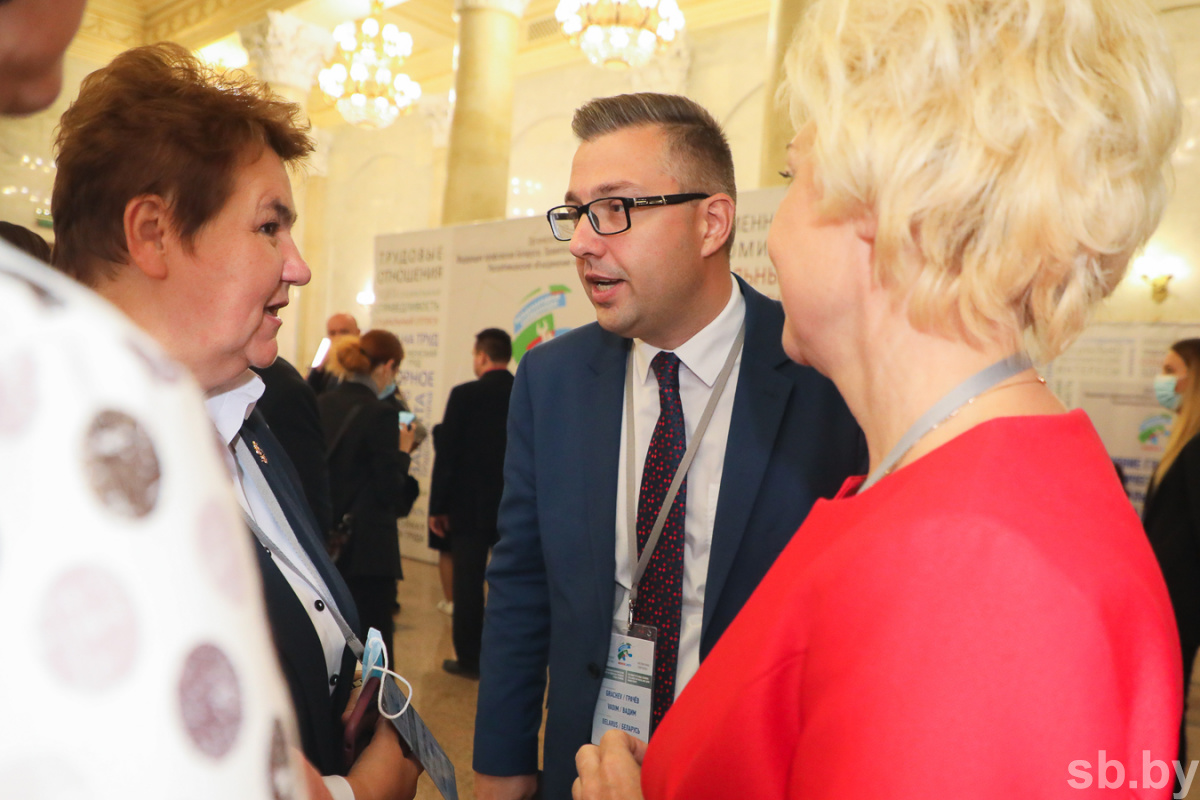 “As part of our conference, we’ve decided to conclude an agreement between the Federation of Trade Unions of Belarus and the Belarusian Republican Bar Association to jointly defend the rights and interests of Belarusian workers in the international arena and to draw our opponents’ attention to their violation,” Mr. Grachev said, adding that western politicians still have time to stop, look around and make an appraisal of what they have done – to make some important decisions.

He believes these should include lifting of sanctions, submitting apologies to Belarus and its citizens, and compensation for damage caused.

“Western politicians sometimes talk about the values they follow in life and work but if they [sanctions’ authors] follow these values in line with conscience and human morality, then they can’t but see that sanctions harm not only the countries against which they are imposed but also the states which have introduced them. Via such ill-considered actions, they undermine the authority and integrity of the United Nations,” the official noted.

The two-day forum in Minsk has attracted authoritative Belarusian and foreign experts, representatives of UN organisations and judicial bodies, ambassadors, deputies and public figures. The resolution – prepared as a result of the conference – will be further submitted to the EU, the International Labour Organisation and the UN to call them on to apply the protective mechanisms that currently exist but are not yet used in relation to our country.