The military-political situation near Belarus’ borders is very difficult – as stated by the Defence Minister, Lieutenant General Viktor Khrenin 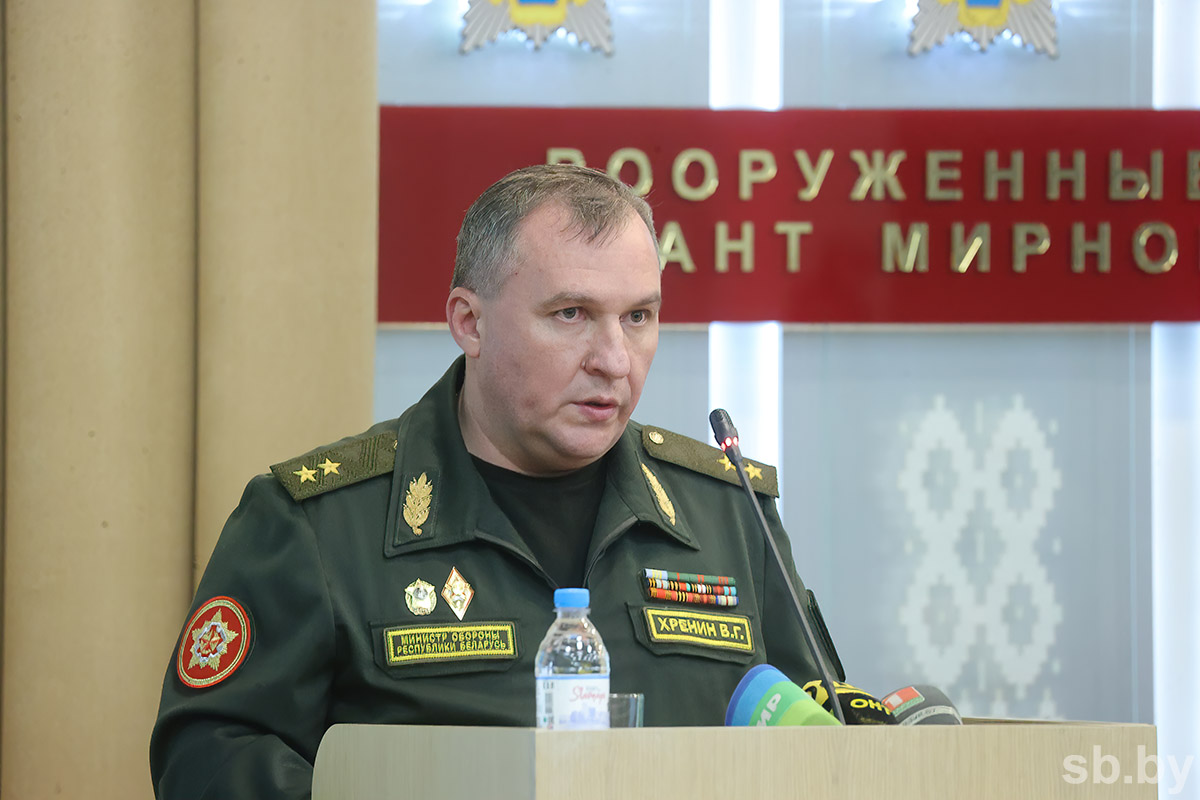 Mr. Khrenin noted that the situation is now developing under the influence of an unprecedented geopolitical confrontation between the Russian Federation and the so-called collective West led by the United States.

“A year ago, we witnessed a growing tension in confrontation of the Western countries with the states that do not want to give up their sovereignty and become colonies of the ‘Western civilisation’. European authorities demonstrated no reaction to Belarus’ repeated appeals to common sense. At the same time, we can easily recall how many times in recent years the President of our country has put forward peaceful initiatives to defuse the situation in his speeches, interviews and addresses. In other words, all attempts to appeal to ‘reason’ were fruitless. The West and the states under its control continued to deliberately escalate the situation,” the Defence Minister stressed.

According to Mr. Khrenin, under the guise of fighting ‘the migration crisis’, the forces and means of three of the four major Polish land formations were deployed in Poland near the border with Belarus. At the same time, Ukraine was also building up troops close to the border under the guise of exercises in which Belarus was designated as an enemy.

“Practically openly, the West demonstrated its readiness to unleash aggression against the Republic of Belarus and, taking into account the common defence space of the Union State, against the Russian Federation. Naturally, this tension has transformed into ‘a hot phase’. Meanwhile, we strongly believe that the special military operation, launched by the Russian Federation under the necessity, is not another ordinary local military conflict. The military confrontation in Ukraine is an external manifestation of the global civilizational confrontation between the West and the East. It is for its ‘rich life’ that the ‘Western civilisation’ is fighting today with the hands of Ukrainians in a modern version of a large-scale ‘proxy war’ against Russia. At the same time, our country, as a strategic ally of the Russian Federation, is also involved in this confrontation,” Belarus’ Defence Minister stated.