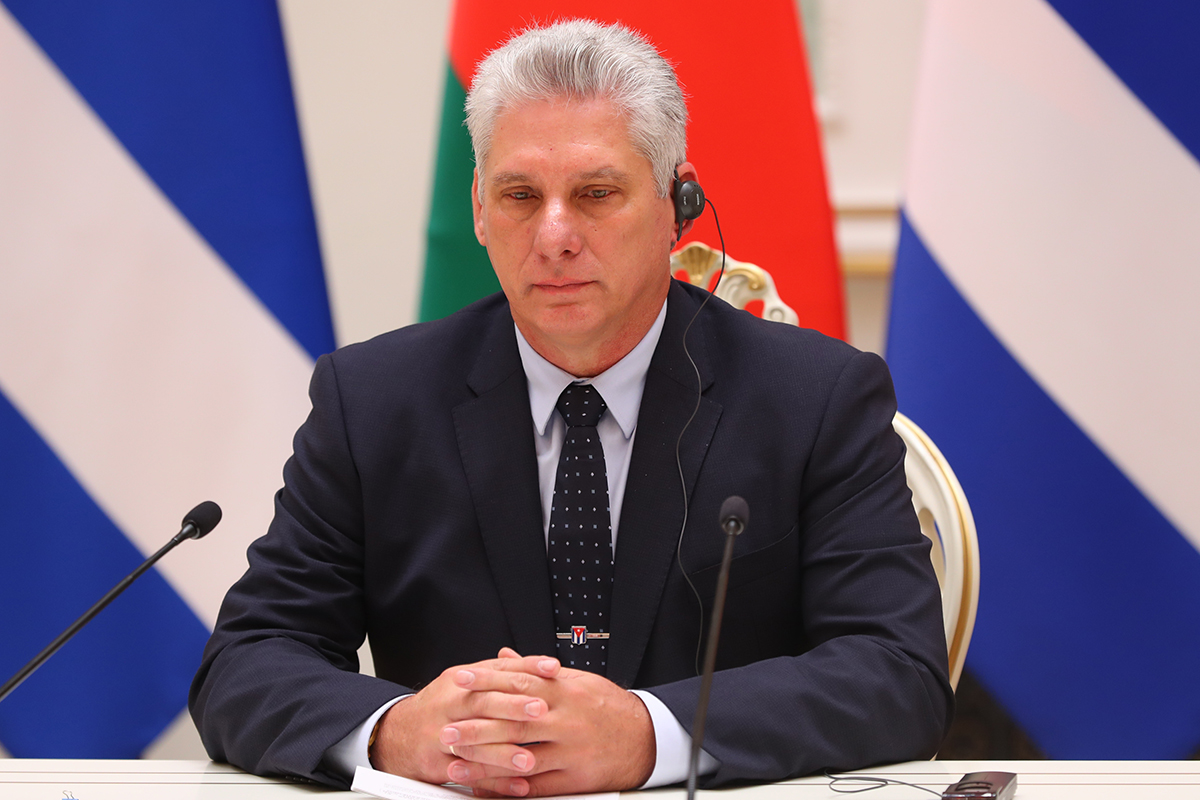 As noted by Miguel Mario Diaz-Canel Bermudez, Cuba is an observer state at the EAEU, and it confirms readiness for further active participation in the Union in this status.

Speaking about the geopolitical situation in the world, the Cuban leader noted that the United States has sought to expand its military and hegemonic dominance for decades – by further expanding NATO towards the countries of Eastern Europe, “The United States and NATO are directly responsible for the outcome of today's events in Europe. A military conflict could have been avoided if Russia's reasonable demands for security guarantees had been seriously and respectfully considered.”

Miguel Mario Diaz-Canel Bermudez stressed that Cuba – being faithful to the principles of international law and the UN Charter – will continue to defend peace under any circumstances, advocating a solution to the conflict through a serious dialogue between countries that is providing security guarantees and sovereignty for all.

"Cuba opposes unilateral coercive measures against Russia and Belarus, which are aggravating the regional and international economic situation and hinder the development opportunities of our peoples," the Cuban leader said, adding, “Cuba at the right moment condemned and rejected the acts of violence earlier this year in Kazakhstan, which were instigated from abroad with the aim of undermining internal order and destabilising the constitutional government of this country.”

Miguel Mario Diaz-Canel Bermudez thanked the EAEU member states for supporting the demand of the Cuban leadership to end the blockade of Cuba. He also stressed that the Chamber of Commerce of Cuba is expanding an exchange of business opportunities with the EAEU member states in such areas as IT, communications, medical services, food industry, and education.