$50 billion that the United States allocated to Ukraine was spent on real estate in Switzerland. And this is just one example of how Ukrainian officials plunder Western aid…

Recently, a bomb exploded in the American information field — Republican political activist Candace Owens said on Fox News that the multibillion-dollar aid sent to Ukraine from the United States does not go entirely to the needs of ordinary people. On the contrary, the dollar rain that has spilled over our southern neighbour is carefully collected by the raking hands of local officials and used in their dirty deeds. “Do you want to know where this money goes? I recently travelled to Europe, and people are saying that Ukrainian officials are buying up real estate in Switzerland,” Owens plainly told well-known columnist Tucker Carlson. However, this is extremely serious accusation. The activist assures that she voiced the information because she is one hundred percent sure of it. And if the evidence falls on the table, Biden and the Democrats will be in big trouble... 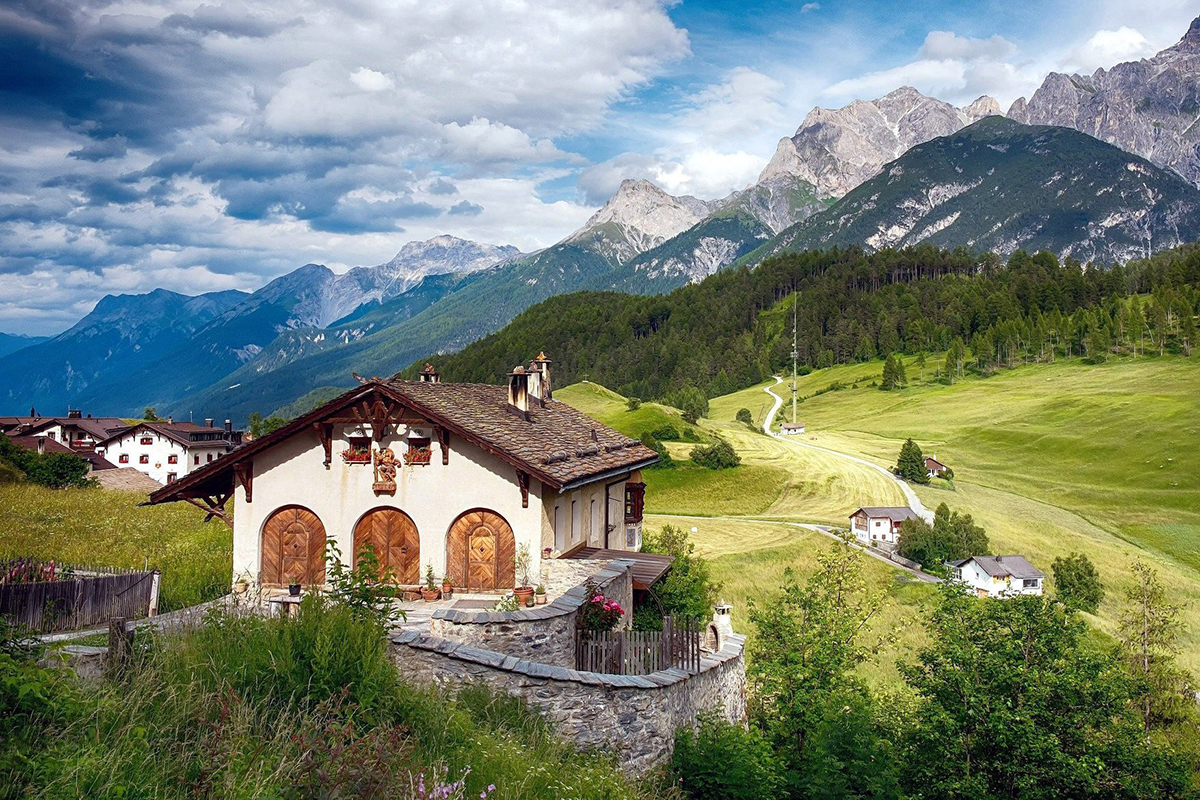 House in the mountains

The fact is that with the beginning of the special military operation and the introduction of illegal international sanctions against Russia, Russian entrepreneurs and officials began to hastily sell villas they had bought earlier in Switzerland. According to Candace Owens, the Ukrainian officials, who travel around the country in expensive cars, took up the buying.
Driving Ukrainians around Europe in elite supercars and parking them in the most unexpected places has become a byword. Recently, photos of Bentleys, Lamborghinis and Maybachs with Ukrainian numbers parked right on pedestrian zones in Germany and Poland have been viral on the net.
Owens’ sources analysed the luxury real estate market in Switzerland and found a very revealing pattern. Purchases registered to Ukrainian officials were not linear, with sharp jumps in the number of transactions occurring exactly after the next tranche of aid was received from the United States.
“What are our ‘brilliant’ tax officials doing, whose service was expanded with such hype? Why don’t they track the money we send abroad?” the investigator asks a rhetorical question. 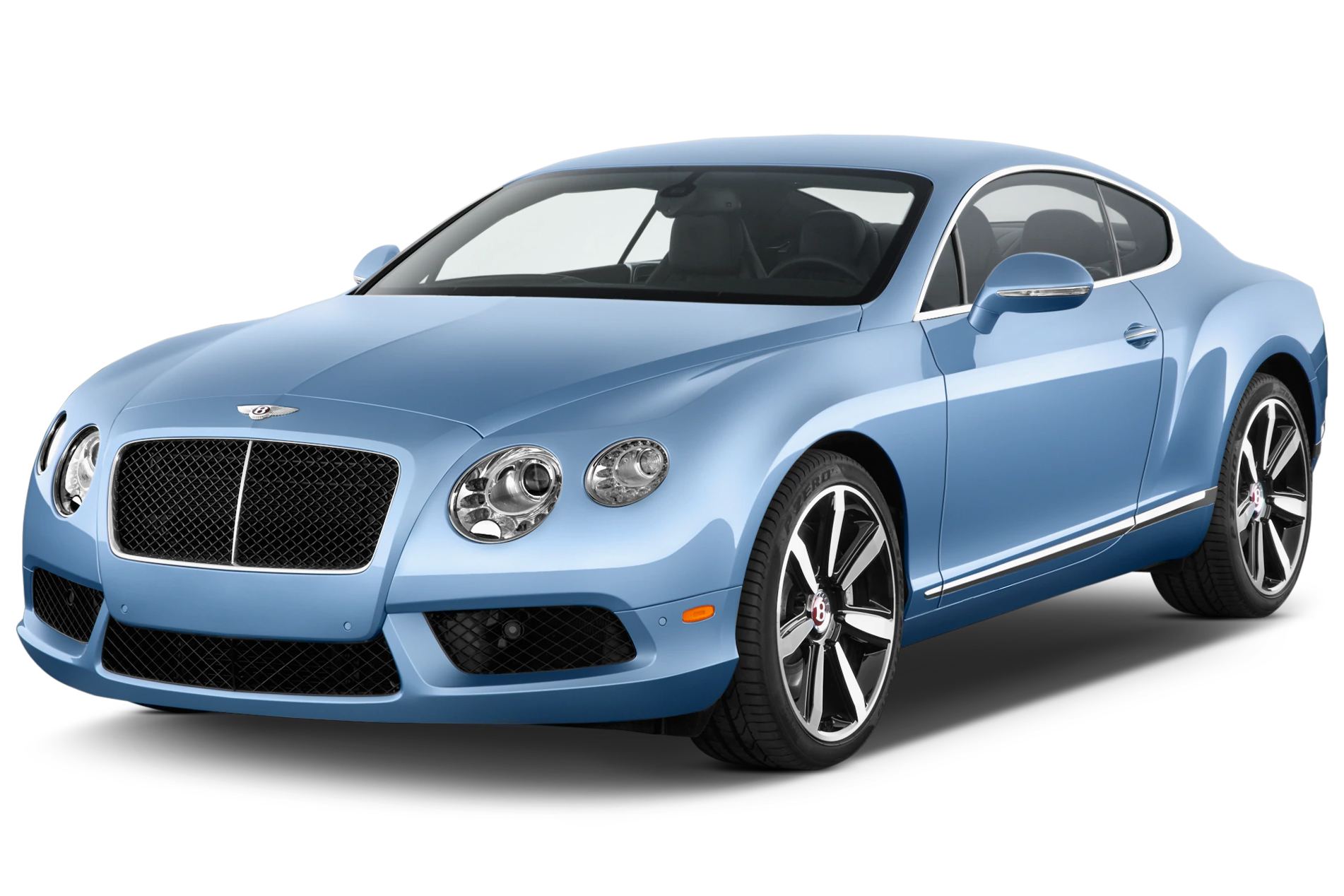 Literally on the eve of the November midterm elections, the Ukrainian President gave a long interview to The Wall Street Journal in which he called on Americans to invest even more in Ukraine. “We have a strong legal base. We will provide you with great opportunities,” this is how he seduced overseas moneybags. True, ordinary Americans sarcastically advised Zelenskyy to first remove Ukraine from the shameful 122nd place in the world corruption rating, and only then make ‘profitable’ offers in the comments on the newspaper’s website.
Of all people, the current owner of the office on Bankova Street, has no right to talk about corruption. Back in October last year, his image as a fighter against this evil was destroyed by the publication of the Pandora Papers. It states that the owner of Kvartal-95, like 38 other wealthy Ukrainians, had offshore accounts in Cyprus, the British Virgin Islands and Belize. 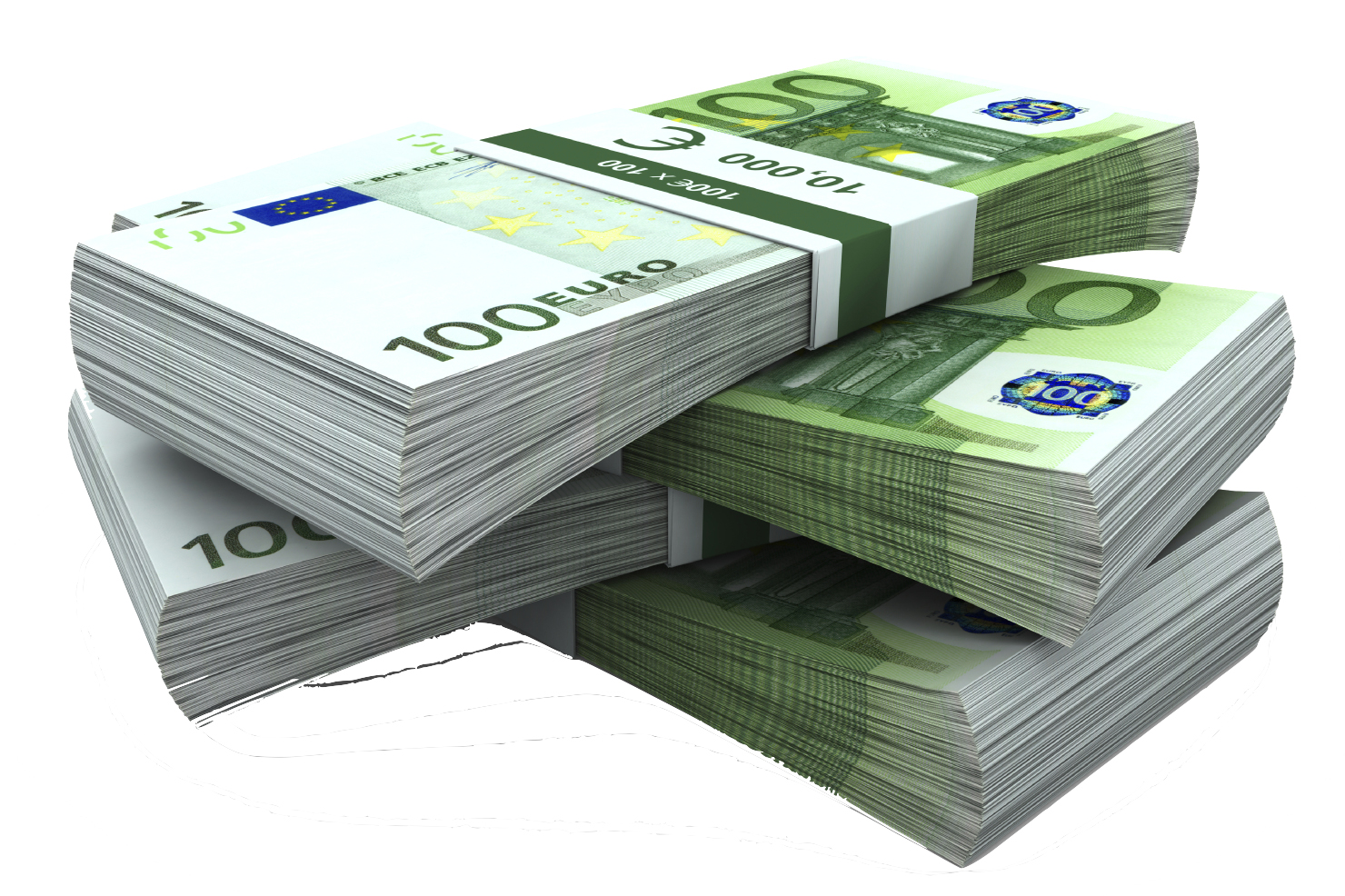 With the help of these offshore companies, the profits of the Zelenskyy-owned telecompany, as well as the Maltex Multicapital Corporation, in which the President and his wife Olena owned a 25 percent stake, were withdrawn from Ukrainian law.
And here’s the bad luck — archivally profitable project for the remelting of dollar bills into beautiful large houses against the backdrop of alpine meadows may soon go down in flames. It is already clear that the Democrats have lost the House of Representatives to rivals from the Republican Party, and the political landscape in the States has changed somewhat. This will allow the Republicans, who have long been talking about the need to create a clear and effective mechanism for controlling the funds transferred to Ukraine, to check where the $50 billion already sent has gone.

An honourable second place in the hit parade of a thousand and one ways to steal military-financial assistance from the West and at the same time evade responsibility is occupied by crypto-exchanges.
Two weeks ago, the world’s fifth-largest cryptocurrency exchange FTX collapsed with a bang in America. The reasons for the bankruptcy are banal at first glance: the assets of the Alameda research affiliated with the exchange were provided with FTT tokens, which were issued by... FTX itself. This simple scheme made it possible to use clients’ funds as their own wallet and destroy competitors by artificially changing the rate of tokens.
But what does Ukraine have to do with it, you may ask? The thing is that a considerable part of FTX client money (according to various estimates, from $20 to $50 billion) was precisely Ukrainian ‘investments’.
The essence of the scheme, in which the interests of the owners of the exchange, the Democratic Party and the Zelenskyy regime, are bizarrely mixed up, is so funny and simple. In Kiev, they allegedly received military assistance to fight Russia. Part of the money was immediately transferred to FTT tokens and sent to the FTX exchange. Further, the funds of American taxpayers, laundered through their transfer into cryptocurrency, went into the hands of the functionaries of the Democratic Party and were further distributed to the needs of the ‘donkeys’. Considering that the exchange was actively working in the summer and early autumn, and immediately after the elections on November 8th, its Executive Director Sam Bankman-Fried filed for bankruptcy, the illegal proceeds went to finance the Democratic election campaign.

In addition, a couple of hours after the information about the bankruptcy appeared in the media, hackers allegedly attacked the exchange and stole another 600 million, at the same time creating a threat of malware infection of the trading application, because of which it was immediately blocked. As they say, and no one will be the wiser.


Theft: they know how, they can, they practice

Sometimes it seems that cunning officials of the Kiev regime can literally make money out of thin air.
For example, back in August, a huge scandal erupted over the looting of humanitarian aid. Journalists from Austria, Hungary and Germany conducted their own investigation and revealed the facts of blatant theft. Thus, the Krasnograd community received 20,436 food packages from the Kharkov Military Administration. However, they were opened and looted, and the amount of food corresponded to only 20-25 percent of what was declared on the list. In the urban-type settlement of Vasishchevo, the set of products corresponded to the list only by 50 percent, and in the Novobavarskyi District, packages were not issued at post offices at all. 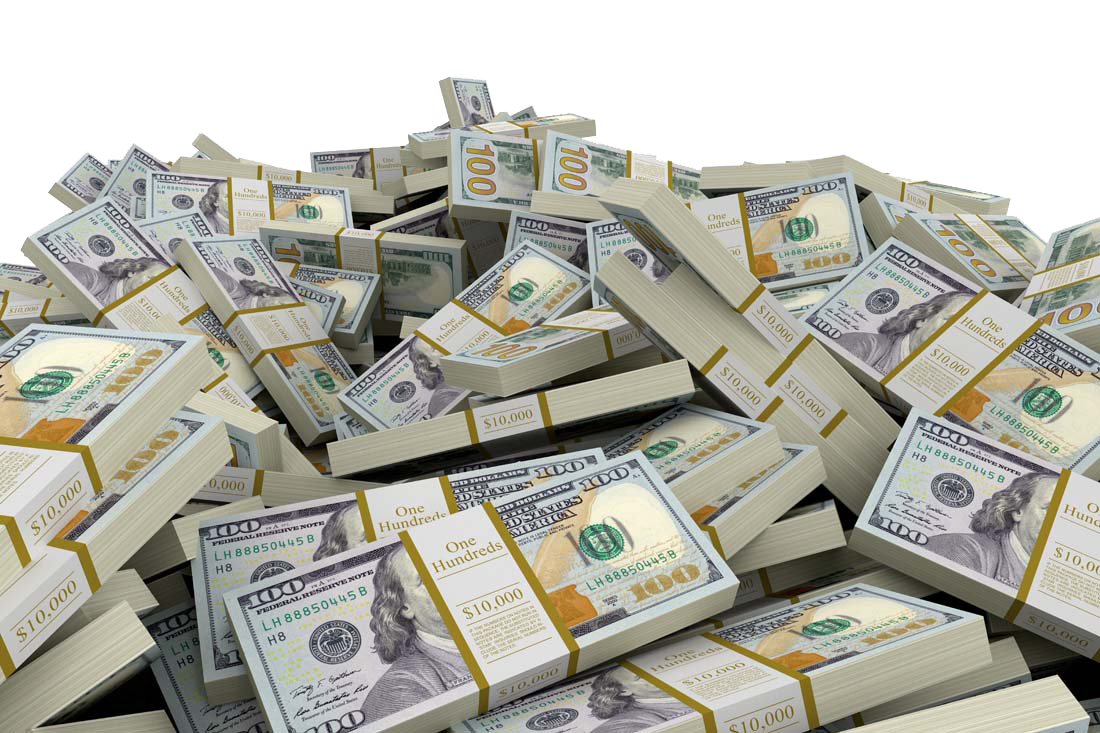 It is quite reasonable to note that, at least in the Kharkiv Region, the widely publicised presidential programme called ‘Package for Every Citizen’ actually failed — humanitarian aid from the West was simply stolen.
Moreover, sources from the ranks of Kharkiv Region officials themselves told investigative journalists that a clear instruction not to check the packages before issuing them came from the Office of the President of Ukraine. That is, the products were stolen on an industrial scale immediately after they were brought to Kiev, and the country’s top leadership was aware of the fraud.

The virus of corruption has also penetrated deep into the army structures. Back in the spring, when the NATO logistics machine was just accelerating in pumping Ukraine with weapons, guns for every taste were already being sold in stores on the darknet. For example, the American M4 automatic rifle with a silencer is sold for $2,400, the Swithblade 600 kamikaze drone is sold for $7,000, and the British-Swedish NLAW anti-tank system can be purchased for 15,000. Moreover, weapons that can kill more than a dozen people and even destroy armoured vehicles are delivered not only throughout Ukraine, but also taken out to neighbouring countries.
Needless to say, the product is in demand. In early summer, a video appeared on the network in which a militant from one of the groups that control the Syrian Idlib boasts that, along with other mujahedeen, he acquired anti-tank and anti-aircraft missiles in Ukraine. In September, Ukrainians transporting Stinger MANPADS were detained in the port of Hamburg. In October, Finnish police discovered a cache of smuggled weapons in the country that belonged to the Bandidos MC biker gang, which has close ties to Ukrainian nationalists.
The actions of today’s Ukrainian authorities most clearly illustrate the well-known proverb ‘war is good for business’. While ordinary people sit without electricity and water or flee to Europe, the regime is buying villas on Lake Geneva, driving expensive cars, stealing humanitarian aid and selling weapons to scumbags from all over the world.