Belarus is to introduce a ban on rail transit of a group of goods from Lithuania – as stated by the Belarusian Foreign Ministry’s press secretary, Anatoly Glaz, BelTA reports 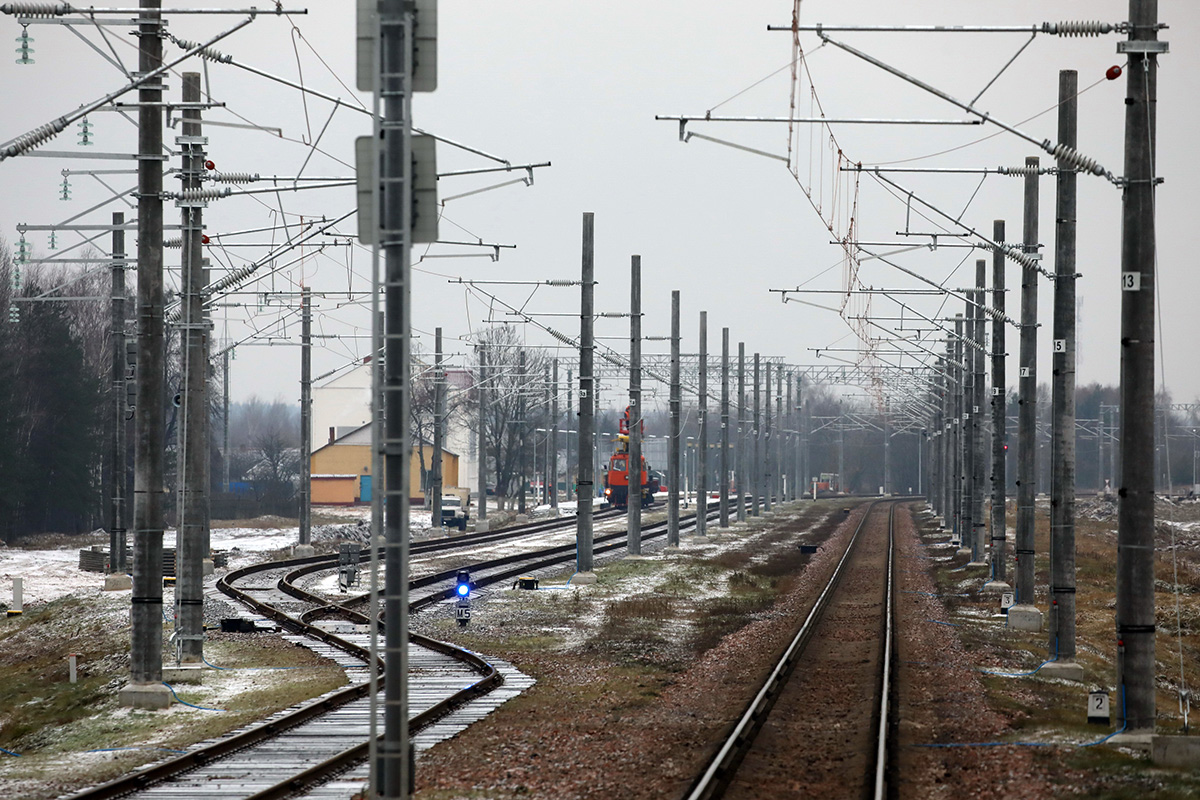 Mr. Glaz reminded that Lithuania has banned transit of Belarusian goods via its ports. The Belarusian side has repeatedly proposed to hold consultations to resolve the issues in the legal field, but Lithuania has not agreed to negotiate. According to the press secretary, guided by the principles of good-neighbourliness and with no intention to cause damage to ‘the long-suffering Lithuanian people’, Belarus used to refrain from harsh retaliatory measures due to ‘consistent hostile actions of the reckless Lithuanian leadership’.

"Belarus cannot ignore this hybrid attack and is forced – as it warned in advance – to take retaliatory measures. We have made a decision to ban rail transit transportation of petroleum products, chemical and mineral fertilisers shipped at Lithuanian railway stations via Belarus. About 1.5–1.6m tonnes of such cargoes worth more than $1bn are transported through the territory of the Republic of Belarus annually," Mr. Glaz said.

Belarus informs all the interested parties on the decision four days prior to its entering into force. Upon Belarus’ initiative, this convention prohibition will be announced by the Directorate of the CIS Railway Transport Council and will enter into force on February 7th, 2022.

"It will take a long time to calculate direct losses of the Klaipeda Port, Lithuanian Railways and other participants of the Lithuanian supply chain but it is already clear that they make hundreds of millions of Euros. Multimillion losses are also likely due to the lawsuits that Lithuania already faces, and due to penalties. Belarus reserves the right to take further economic actions – including jointly with its partners. As a result of this, Lithuania's transit infrastructure may be wrecked,” Mr. Glaz stressed.

"History has shown that Belarus has always been and will be on your side, while political puppets will not be able to completely sever our cultural, historical and business ties. In the current situation, you can rely on our understanding, but all complaints should be addressed to the political elite that holds power in Lithuania today. The Belarusian side remains open to dialogue and is always ready to listen to proposals of the Lithuanian government on resolving all issues in the legal field," the Foreign Ministry added.

Earlier, Belarus’ Prime Minister Roman Golovchenko announced that the measures will be taken against Lithuania if it terminates transit of Belarusian potash fertilisers. “True, Lithuania has stopped accepting our trains that were transporting potassium to the Klaipeda Port for shipment. The retaliatory measures will be tough. We will respond in kind. The decision has been made, and it will affect the railway transport arriving from the Lithuanian territory," Mr. Golovchenko said.

The Prime Minister also stressed that the Belarusian side had proposed its Lithuanian colleagues to negotiate this issue, “We have proposed to hold consultations in the legal field and to determine our future relationship. In our opinion, Lithuania – by making such a decision unilaterally – has violated a relevant intergovernmental agreement on rail transportation, and also the documents that regulate transit issues for landlocked countries. We offered an option. If we fail to receive a response, then retaliatory measures will be introduced in the coming days,” he said.

As Mr. Golovchenko added, the country had long been preparing for this situation – having reoriented its supplies. “Because of a longer shipment distance in Russia, our producers have slightly lost in marginality, but it will be compensated by the increase in world prices. Therefore, we have not lost anything. That is the Lithuanian economy that would experience losses. Moreover, we will collect all the fines that are envisaged by termination of these contracts on their part. Corresponding claims have been filed. We will also recover lost profits, and these are huge sums,” the Prime Minister stressed.