The proposals on the state defence order for 2022 were discussed during the meeting hosted by the President. Aleksandr Lukashenko noted that our country has learned important lessons from the current situation in Ukraine. The Head of State stressed in particular, “No one should be able to take us by surprise. This is the lesson of the past war. We are not aggressors, we are not going to attack anyone. Yet, we should keep our powder dry and keep our eyes open. We should see what our adversaries are doing near our border and respond… We have learned much from the military operation of the Russian Federation in Ukraine.” 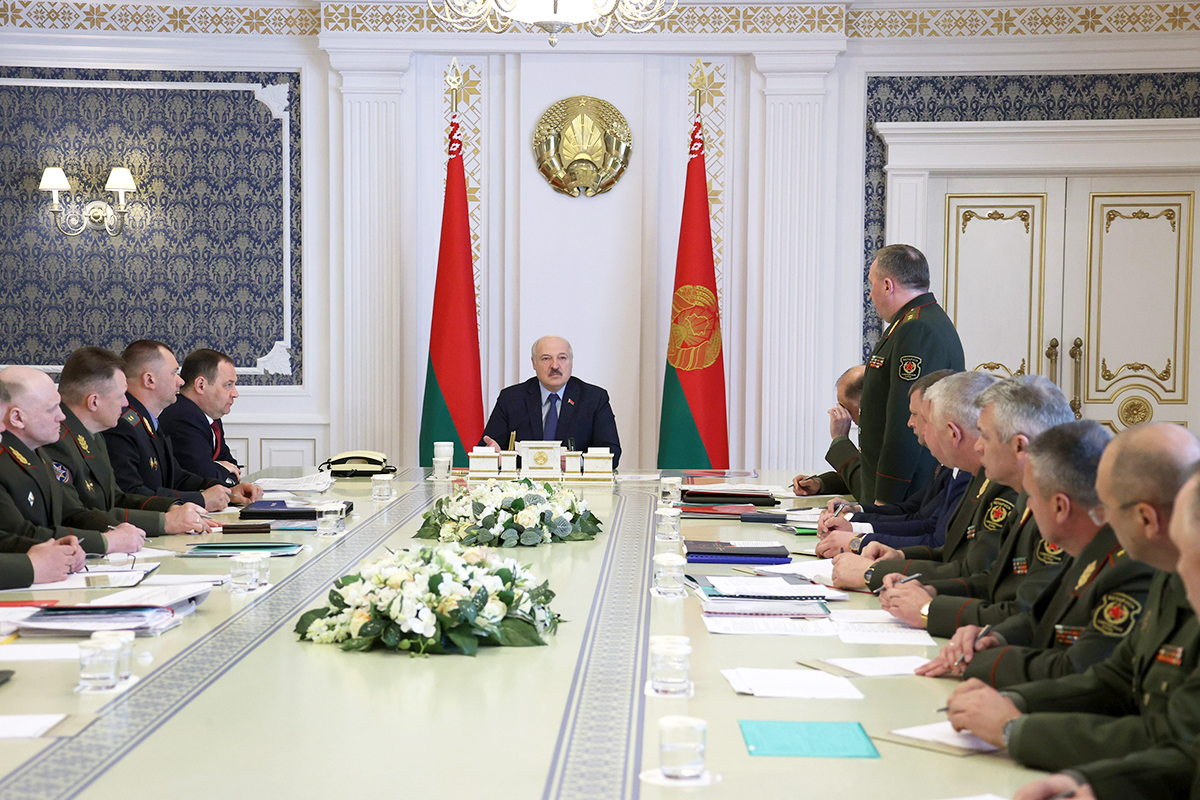 
The state defence order regulates the supply of weapons, military equipment and other materiel to the Belarusian army. As was noted at the meeting, the Belarusian army has already gone through four stages of reform and modernisation during the years of the country’s independence. The foreign political situation and the geopolitical situation in the world in general force us to be on the alert and constantly improve our Armed Forces.
The President and commander-in-chief on that day repeatedly referred to the lessons of Ukraine. Speaking about the equipment of the Belarusian army with modern weapons and military equipment, Aleksandr Lukashenko said,

“The defence complex is among the most important high-tech sectors of the Belarusian economy. Naturally, we should rely on domestic arms manufacturers.”

Separately, Aleksandr Lukashenko dwelled on the issue of communications and called on the generals to carefully study this issue, “This is another lesson of Ukraine. Communications are crucial. Without communications, there is no army. No weapons are needed, nothing is needed if there are no communications. God forbid, in peacetime during exercises, or our units will suddenly be raised somewhere, you will lose communications between your units! Therefore, look closely at this issue.” 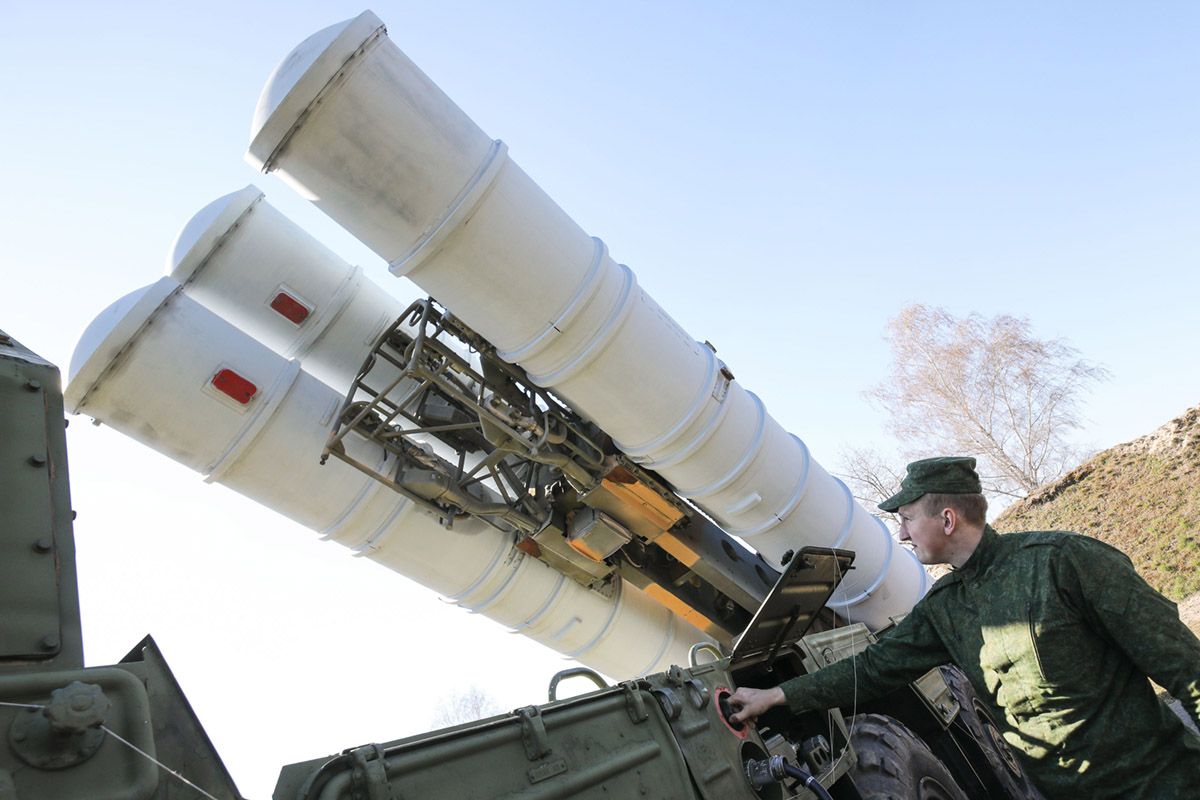 
Aleksandr Lukashenko also inquired about the development of promising types of weapons, primarily missiles, “I gave the relevant task to the prime minister after the latest meeting with the president of Russia in the Far East. We had expressly agreed that they (Putin, Rogozin, Lukashenko, and other people who were there — people who are involved in missile production in Russia) were supposed to look at our R&D products.

We are creating a new missile after all. A very effective missile like Iskander. In my presence the president (Ed. Note — of Russia) instructed Dmitry Rogozin to immediately provide support so that we would not waste time reinventing the wheel, so that we could tap into experience of the Russian specialists, who made the Iskander missile.

I would like to hear the answer to this question.”
Speaking about missile weapons, the President said that Belarus intends to keep Russian S-400 and Iskander missile systems, “We and Russia have agreed that we may retain the S-400 systems that are deployed in Belarus. A system like that will see all the way to Berlin from Minsk. It is a weapon intended for major armies, territories. Let’s say, like Russian. While we may not need to see things in Berlin. Then again the S-300 systems that we have are rather good modern weapons. Virtually on par with S-400. However, S-400 systems are good hardware. We’ve also seen them during this operation. Very good. The defence minister and I have agreed that tomorrow he will simply train several groups of guys to operate this equipment.”
Aleksandr Lukashenko also mentioned plans to buy Iskander missile systems from Russia, “These are the weapons that we need a lot. We have them today. And then again I’ve reached an agreement with Russians that we are going to buy Iskanders from them. They will not be removed from Belarus. They can be used to defend our space.”
According to the President, the weapons the Belarusian army already has allow ensuring its defensive capacity,

“I think those are good weapons for the army. It means that our army will be able to fight and cause unacceptable damage to the enemy.

We are realists, and we understand that we will be unable to defeat NATO. Nevertheless, we have all these weapons in order to cause damage, particularly to the territories that are going to attack us. Those are weapons capable of hitting the entire territory of Poland and to the Baltic Sea. Let alone the Baltic Sea countries. Moreover, practically Ukraine beyond Kyiv. God forbid, I am not hinting at something, but I want the shooting distance of the weapons we have to be understood.” 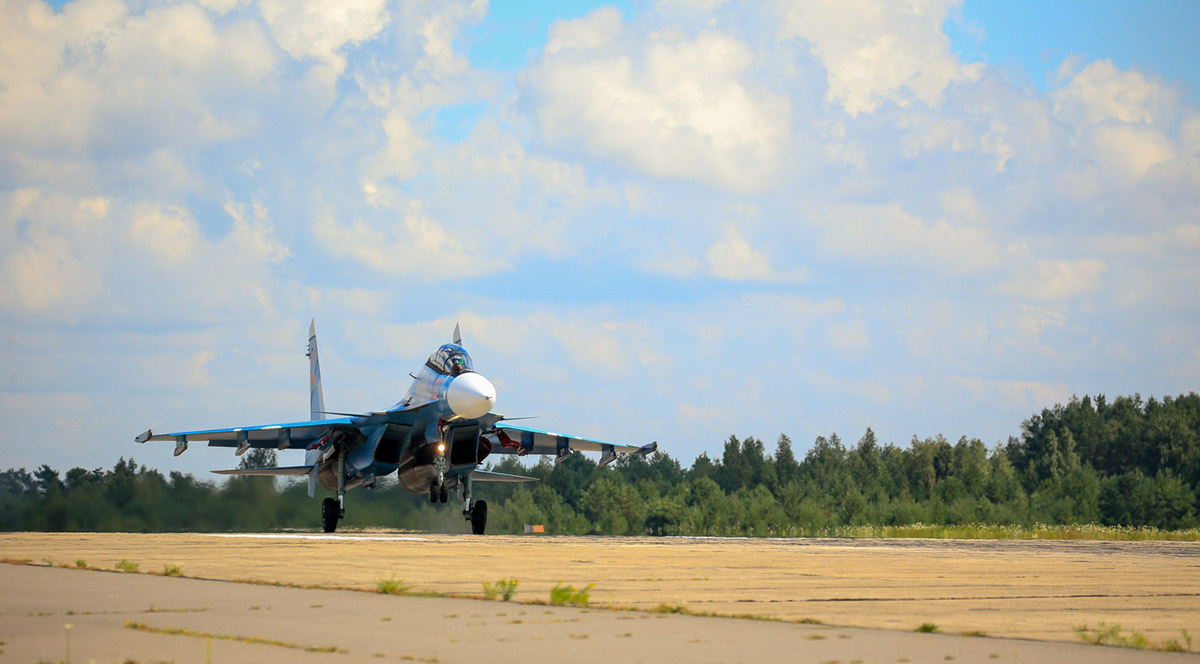 
The President mentioned NATO has embarked on a large-scale exercise along our border, noting that various fake news and speculations are circulating around it, “Journalists are already asking me about this. There were 3,000 people at our border, now their number is nearly 40,000… I have never hid and will never hide that the defence minister and the General Staff were instructed to foresee any scenario. We must see what is happening on the border, the border guards give a lot of information, the State Security Committee. In addition, the military sees what is happening. Intelligence must work... No one should be able to take us by surprise. This is the lesson of the past war. We are not aggressors, we are not going to attack anyone. Yet, we should keep our powder dry and keep our eyes open. We should see what our adversaries are doing near our border and respond.”

***
What the Belarusian army is armed with and can be proud of today: what facts Aleksandr Lukashenko mentioned.
• Well-known domestic defence firms include AGAT (automated control systems for various applications, hardware-software packages, communication and data transmission equipment, computing equipment, and instrumentation), Peleng and Bel
OMO (optics), as well as MZKT (tractor units)… We couldn’t live without them today.
• Radio-electronic means of combating unmanned aerial vehicles created by Belarusian specialists have received wide recognition in the world.
Electronics was also one of the most advanced sectors of the economy in the Soviet period. And you see how it came in handy today. It is good that we have preserved it.
• The Polonez rocket artillery system, the Buk-MB medium-range surface-to-air missile system (it is the real deal, it shows very good reliability and efficiency) and missiles for it, hand grenade launchers (very relevant things), small arms and ammunition demonstrate serious scientific and production capacity of our defence industry. Work is actively underway to create robotic weapons, unmanned combat systems, and anti-tank guided missiles.
• The army received the latest anti-aircraft missile systems Tor-M2, radar stations Protivnik, Sopka, Vostok, Rosa, and the electronic warfare systems Groza. Remember, we spent a lot of energy on the task to spot low-flying targets. It was difficult to detect by our powerful radio-electronic means. Thus, Rosa was created. Today it is very much in demand. Look, again, these are the lessons of the Ukrainian conflict. Several strikes were carried out by the Ukrainian army on the territory of Russia. How did drones and helicopters get there? They were low flying. Well, it is always more difficult to notice them than at a high altitude. Special radio-electronic devices are needed. I remember when we set ourselves this task and created Rosa. However, as foreigners say, it is an effective means of detection.
• The Armed Forces also received armoured personnel carriers Cayman and upgraded T-72 tanks. The air fleet is being upgraded too. About 30 modern aircraft of various types (Su-30SM, Yak-130, Mi-8MTV5 and others) entered service.
• As part of last year’s state defence order, 80 new armoured personnel carriers, four unmanned aircraft systems, more than 2,000 anti-tank guided missiles, dozens of troop control and communications equipment were purchased, 10 aircraft were overhauled.