I first met the well-known seafarer and international journalist, who I view as the eighth wonder of the world, quite by chance, having begun chatting in a queue at a Moscow bank

I first met the well-known seafarer and international journalist, who I view as the eighth wonder of the world, quite by chance, having begun chatting in a queue at a Moscow bank. We both were passionate about art, which was enough to become friends. In 2004, we began to prepare the fifth global navigation on the ‘Belarus’ 53m mega-yacht, arriving in Australia under the State Flag of Belarus. 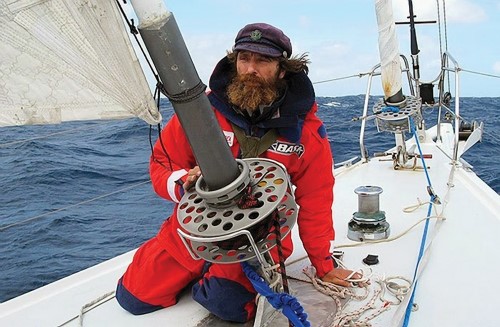 Our trip’s mission was to be the gathering of environmental information, using compact, automated equipment onboard, studying not only the atmosphere but water contamination by oil and radioactive waste. Unfortunately, few people today remember preparations for the sailing, which was supported by the Chairman for Information Policy Commission, of the Parliamentary Assembly of the Union State of Belarus and Russia, Valery Drako. Only a handful of Government officials, including Parliamentary and Sports Committee members, were involved in co-ordinating and signing the papers.

Meanwhile, we worked with Russia’s Institute of Oceanology and Oceanography to plan the journey. The Russian-Belarusian Expedition Council was created to help arrange port docking and the commercial operation of the vessel once the ‘circumnavigation’ was complete. After our trip, the yacht would be obliged to stay in Belarus.

For a number of reasons, the plan failed to materialise, but Fiodor held no grudge. One year ago, during his opening of an exhibition of his pictures in Minsk, he admitted, “I love Belarus with all my heart. I studied at Bobruisk’s College of Art and I am happy that the Republic is a symbol of peace and the unity of fraternal peoples.” Revenue from works sold was donated to the construction of the Church of Theophany: being built in Minsk’s Loshitsa district. At the opening of the exhibition, Fiodor expressed his hope that he would yet be able to sail Belarus’ flag across the whole globe.

Our country’s prestige is growing thanks in no small part to sporting success, such as brilliant victories at Olympic Sochi, and the organisation of the grand Ice Hockey World Championship. Belarus is also known for its peacemaking mission: Minsk’s agreement on cease-fire in two eastern regions of Ukraine. Meanwhile, we have been at the heart of creating the Eurasian Economic Union.

A member of the Federal Expert Council of the Government of Russia, Anatoly Kharlamov, notes, “The first step is always the most difficult. We have had to achieve understanding and approval from all parties: the country, under whose flag the circumnavigation will take place, the organisers and Fiodor Konyukhov himself. We’ve done everything. In this regard I always remember words spoken by my uncle, Russian ice hockey star Valery Kharlamov. He declared that ‘every puck in the opponent’s net brings us closer to victory’. Now, eight years on, we’re reviving this forgotten project; we believe that we’ll succeed in making Fiodor’s dream come true.” 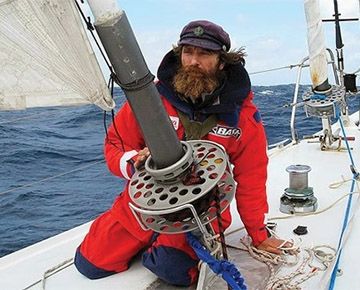