It is incredibly beautiful in Staiki now — spring is full of bright colours, facilitating the hard work of athletes who take part in the training camp in the world-famous Belarusian Olympic Training Centre. Wrestlers do their best (here are not only our women’s, freestyle and Greco-Roman wrestling teams, but also Russians and representatives of other countries), abundantly irrigating the courts of the training arena with their sweat. In addition, despite the sanctions, there are many interesting and important competitions at the highest level ahead of our team. One of the main ones is the Poddubny Wrestling League, which starts today in Moscow. 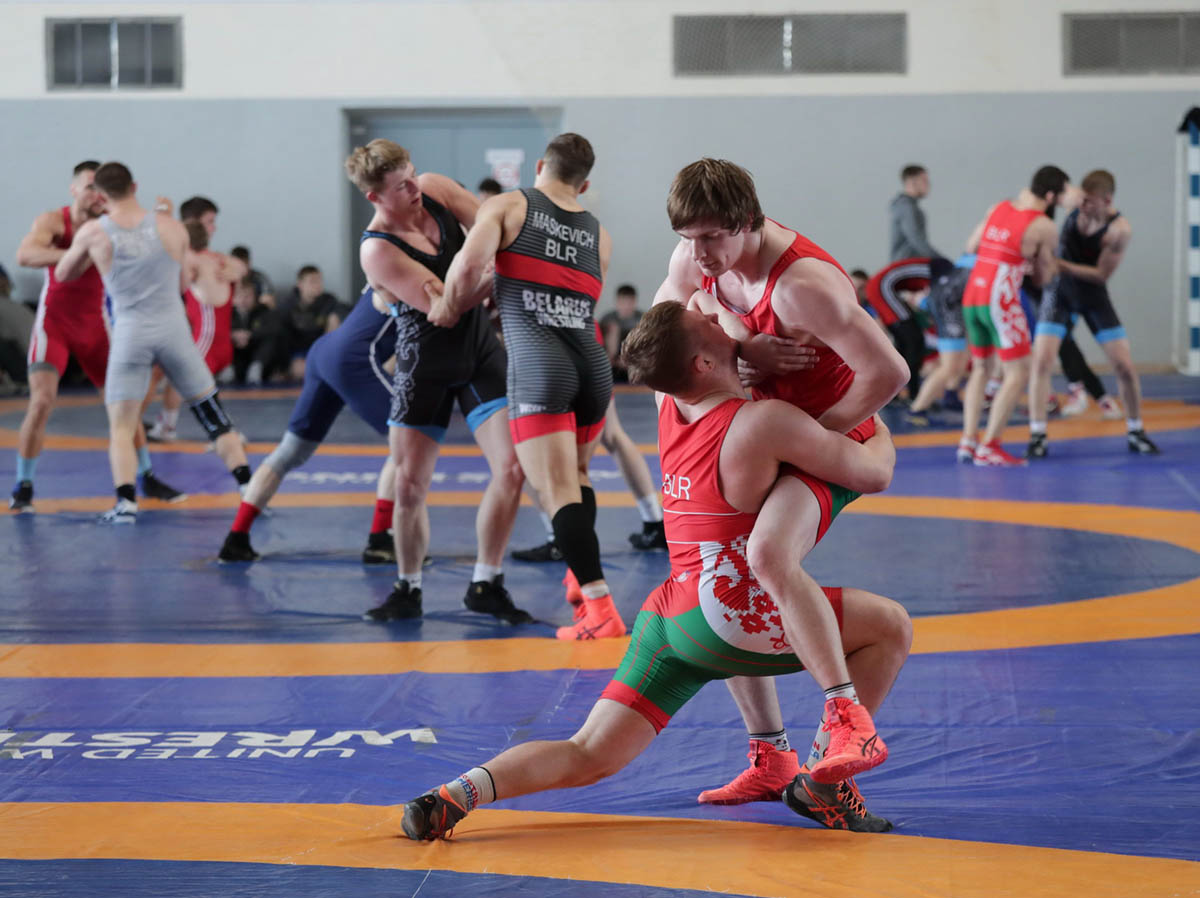 
The organisers promise to provide visitors and participants with an unprecedented show and an almost cosmic level of the tournament. Moreover, to be honest, one willing to believe it: we are waiting for a new spectacular presentation of the real battle with colourful entries of fighters, performances by artists, good sound and special effects, as well as a bright picture for television. There will be 16 participants in each weight category in all events. On the first day, the struggle will take place at the Arena CSKA (VEB Arena) football arena. However, it will be a very large-scale event — a flash mob that could get into the Guinness Book of World Records: wrestlers will compete simultaneously on 18 courts! In addition, the final fights will move to the Moscow State Circus tomorrow, which is very symbolic, because professional wrestlers performed in just such arenas until the middle of the last century.
The total prize fund of the tournament will amount to almost a million dollars and will be just king-sized for wrestling competitions. The winners in each weight category will get more than $30,000 — there is something to fight for!
Now let’s talk about the participants. It is expected that, in addition to the best Russian wrestlers (and the competition here is just crazy!), athletes from more than ten countries will compete on the courts. Athletes from Uzbekistan, Kyrgyzstan, Kazakhstan, Armenia, Moldova, Iran, Cuba, Mongolia, India, Argentina, Pakistan and even Australia have already confirmed their arrival. Representatives of Belarus will also go to Moscow massively. For example, our freestyle wrestling roster consists of as many as 24 people, including Tokyo Olympic medallist Mahamedkhabib Kadzimahamedau, who will compete in the weight category up to 79kg. We also have to mention the participation of the winners of the European Championship Aryan Tsiutryn (57kg), Nyurgun Skryabin (65kg), Azamat Nurikov (74kg), Rasul Tsikhayeu (86kg), Aliaksandr Hushtyn (97kg), as well as the winner of the European and World championships Dzianis Khramiankou and the winner of the European Championship U-23 Vitaly Pesnyak (both — 125kg).
We will have someone to cheer for in the Greco-Roman style tournament. For the 32-year-old head coach of the Belarusian national team Viktor Sasunovski, this large-scale tournament will certainly be a good test of strength. In the very recent past, he was a fighter of a very decent level, one of the leaders of the national team. Today he manages the work of his wards on the court and positively assesses the team’s readiness for the competition.
There are both experienced athletes and talented youth in the current roster. Of the new generation, we especially have to mention Kiryl Maskevich (87kg). He performed at Tokyo 2020, but did not climb the podium, although he set himself medal goals. For sure, the world champion among juniors Pavel Glinchuk (97kg) will try to come into the spotlight.
In addition, of course, we believe in our girls. It should be noted that Vasilisa Marzalyuk ended her career and became a coach. Vanessa Kaladzinskaya and the silver medalist of the 2016 Games Maria Mamoshuk have gone on maternity leave. Nevertheless, Iryna Kurachkina, who won second place at the Tokyo Olympics, is in the ranks and again eager to fight. Very ambitious girls, such as, for example, Alesya Getmanova, have also grown up.
Therefore, we are looking forward to the start of the first tournament of the Poddubny Wrestling League, and we believe that the Belarusian team will return from Moscow with a bunch of medals.