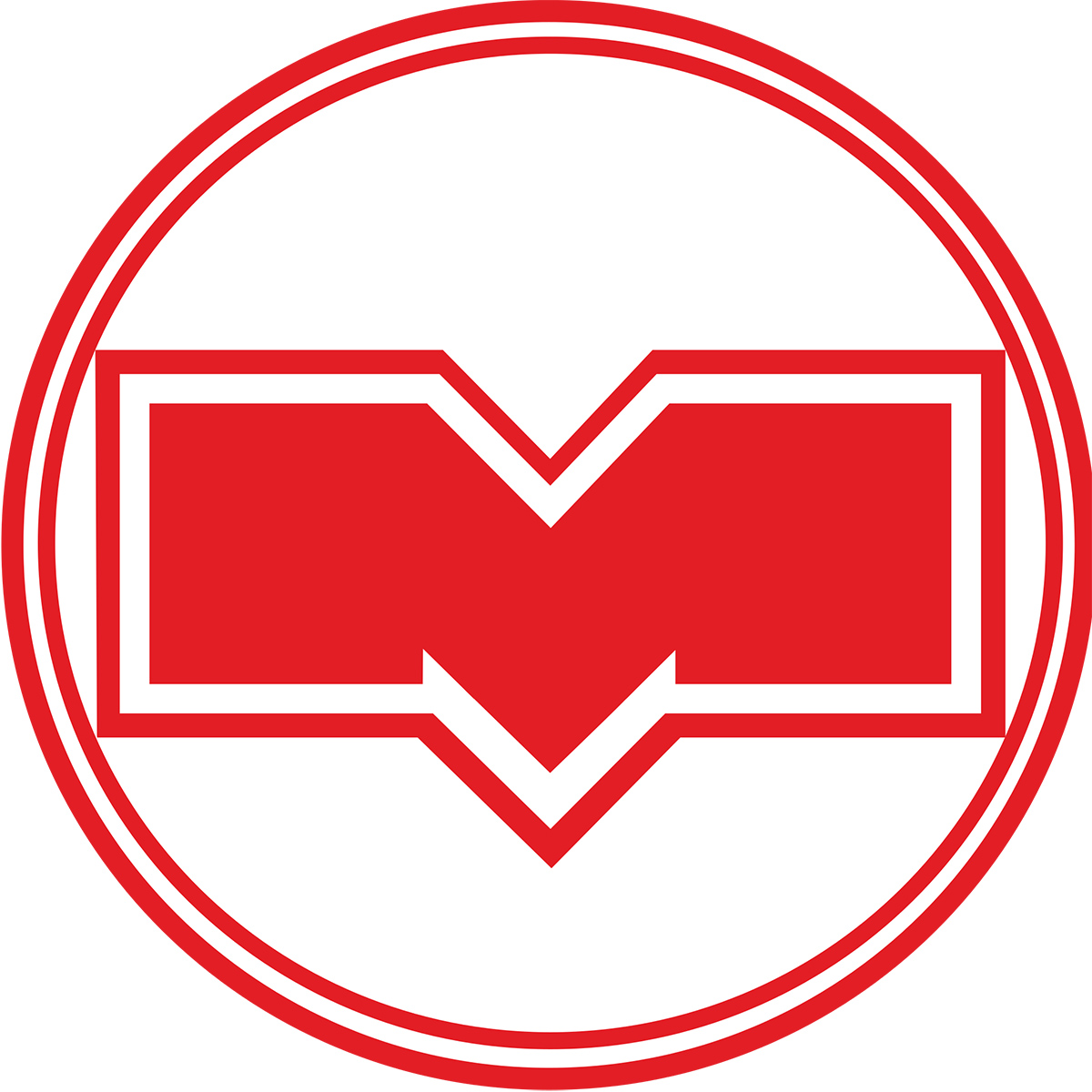 Unmanned trains, inaudible rails and protective fences at the edge of the platforms — what’s new at the metro stations under construction in Minsk

More than 800,000 people use the services of the Minsk metro every day. The existing lines need relieving and redirection of passenger flows through interchange nodes. Today, the construction of the third subway line, Zelenoluzhskaya, is actively underway. Since 2020, four stations have already been operating, and three more are on the way: Aerodromnaya, Nemorshansky Sad and Slutsky Gostinets. They are scheduled to open in two years. The readiness of this section has already reached 50 percent. 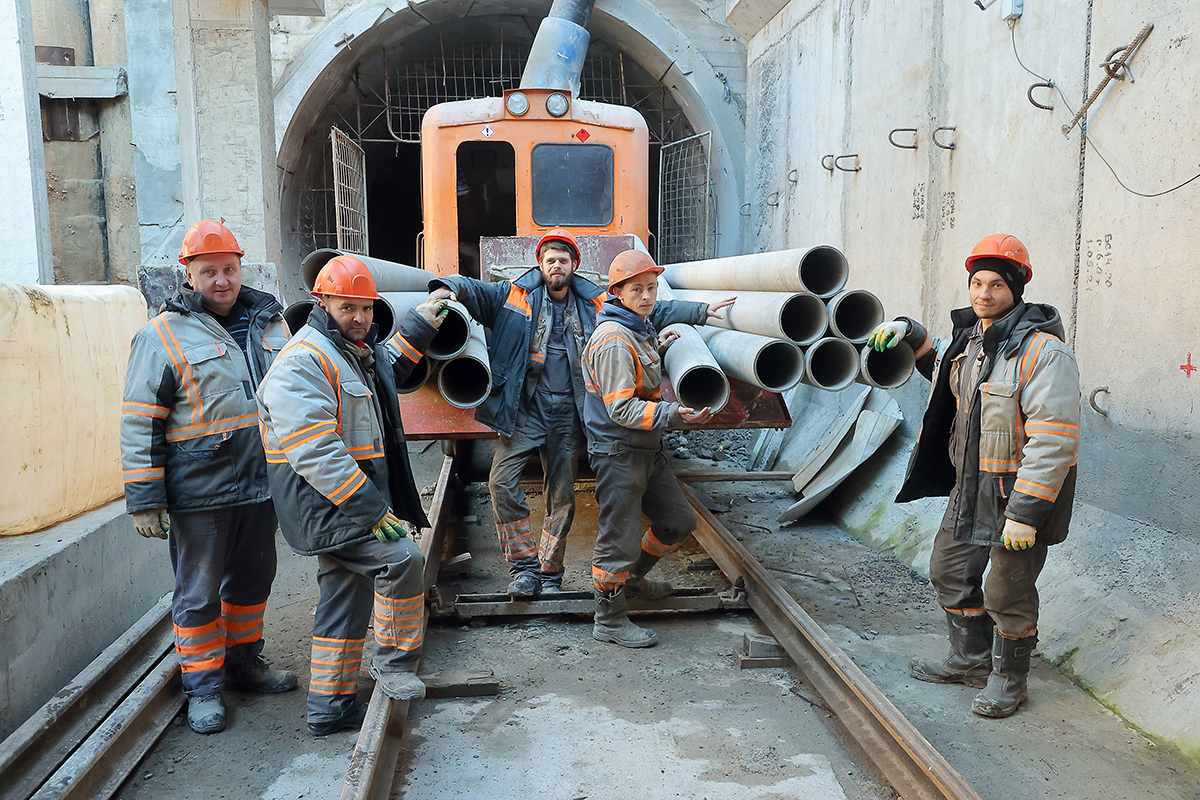 The city needs to relieve

We decided to start the study of new stations with Aerodromnaya, which is being built on the territory of the former Minsk-1 airport. Today it has the highest readiness — 80 percent. The peculiarity of this station is that a transfer hub is being launched here already at the construction stage for the fourth metro line, which, according to the general plan for the development of Minsk, will become a ring one. The hub was laid up until the construction of a new branch began. 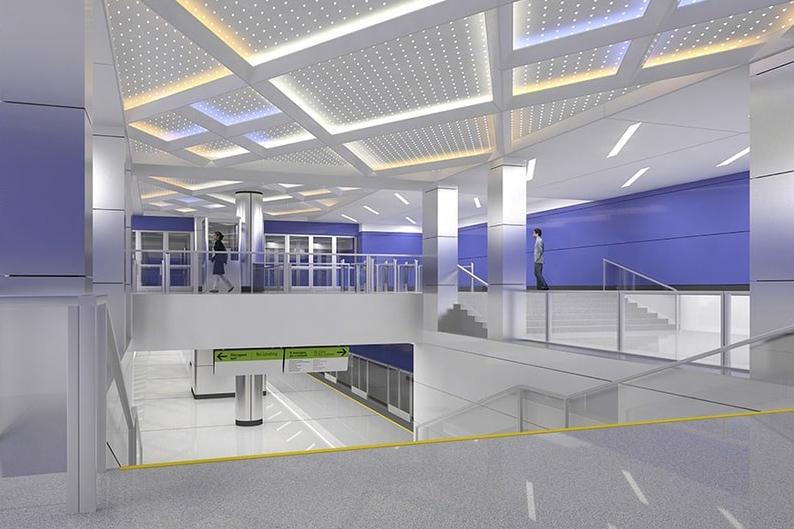 Aerodromnaya has a vaulted structure: there are no columns, so the platform is very spacious. One can go down to the station using the stairs and the elevator. There is a special lift for physically challenged people. Access to the platform is via escalators, two of which are for descending and two for ascending.

A combined traction substation is the heart of the station. This is a set of equipment that ensures the operation of all Aerodromnaya systems, explained the Director of the Electrical Installation Department of Minskmetrostroy Ivan Baubyr, “From here, electricity is supplied for the movement of trains and the operation of all equipment at the station complex. At the same time, we install lamps. The work is not easy: the weight of individual lighting elements reaches 5 tonnes.”
The installation of architectural forms that will shape an individual look of Aerodromnaya will be started at the very end. Since the station is located on the site of the take-off field, the theme of the sky and flights is reflected in the interior: it will be made in a cool bluish colour with splashes of white, blue and grey. As planned by the architects, a stylised runway will even appear on the platform. 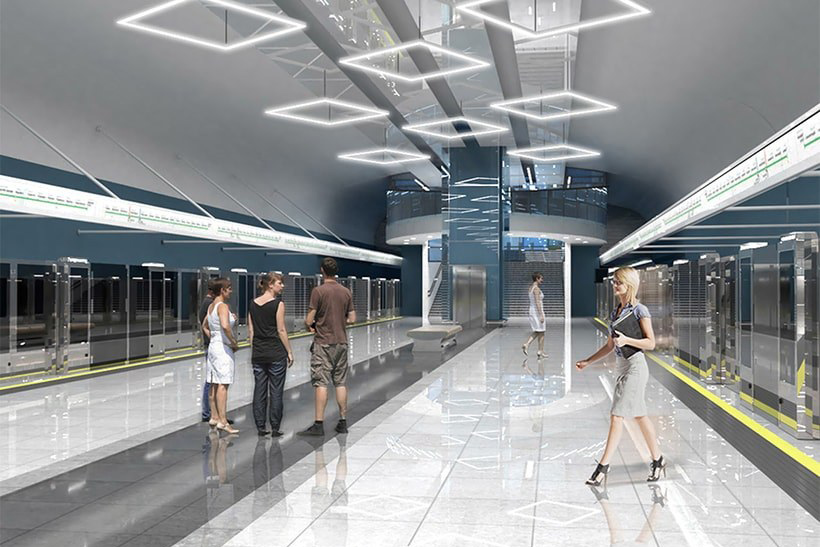 The next station is located at the intersection of Kizhevatova and Osipovichskaya Streets. This is the Nemorshansky Sad (the design name is Loshitskaya), its readiness is approaching 60 percent. Architectural, finishing and electrical work has begun here, and heating and ventilation systems are being installed. The length of the station with tunnel structures is about 150 metres, the depth is 16 metres. There are two rows of columns on the platform. They will symbolise tree trunks, and ceilings — crowns. This emphasises the theme of the garden, incorporated in the name of the station.
And, finally, Slutsky Gostinets (the design name is Korzhenevskogo). The construction of this station at the intersection of Kizhevatova and Korzhenevskogo Streets was started later than others, so the percentage of completion here is less — about 30. The block of service premises in the structures is ready, now the platform section is being built, then the construction of the vestibule and entrances will begin. The interior, namely the design of the ceiling, will reflect the modern interpretation of the theme of the Slutsk belts. Nearby, in the area of Serova Street, the Slutskoye electric depot will also appear — a full-fledged workshop for servicing rolling stock and networks of the third metro line. It will house a settling and repair building, an administrative and amenity block, a train washing chamber... A separate step-down transformer substation will be built to service the complex and provide it with electricity.


At a state-of-the-art level

The most modern technologies are used in construction in order to make stations not only beautiful, but also comfortable. For example, automatic station doors are being installed to prevent passengers from falling onto the rails and are one of the key elements of the unmanned train driving system. Installation of such equipment is the first experience of Belarusian metro builders. It was necessary not only to install protective structures, but also to tie them to the automatic train movement so that they open synchronously with the doors of the cars.

Modern trains are a true decoration of the third line. Passengers have already appreciated the comfort of a trip on the new Stadler, which, compared to the trains of the previous generation, are less noisy and has a smoother ride, and are able to move autonomously. However, despite this innovation, the driver is present in the cab for safety reasons.

Another know-how of the third metro line is rails. They are laid using sleeperless technology. Fragments of a running rail of 25 metres are welded into a 100-metre-long whip, transported through tunnels, laid and concreted. 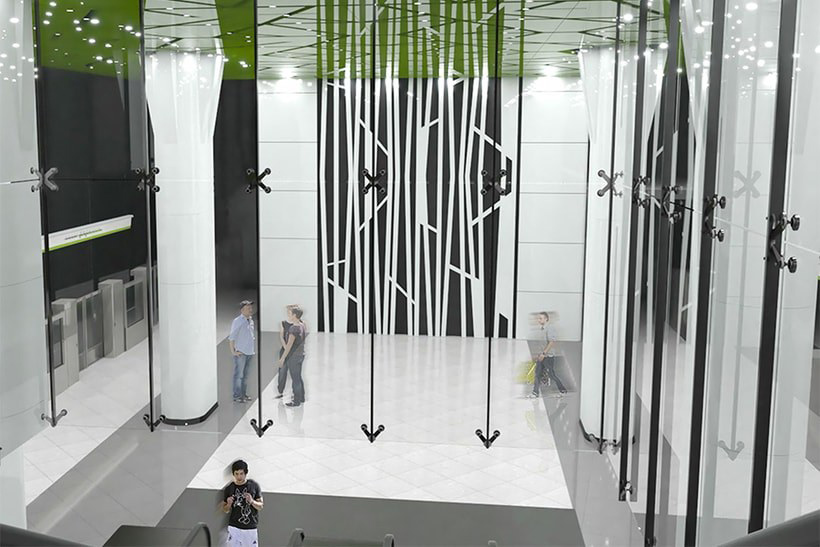 By reducing the number of joints on the rails, it will be possible to increase the smoothness of the trains. Nevertheless, this is not the limit in ensuring passenger comfort, assures Head of the Detailed Design Department of Minskmetrostroy Pavel Romashkin, “Today we are working on the superstructure of the track on an experimental section with a length of 150 metres.

We are working on a technology that is used in the Minsk metro for the first time. In simple words, between two layers of concrete we lay a special rubber anti-vibration mat, due to which we plan to further reduce noise and vibration during the movement of trains. This will provide additional comfort not only to passengers, but also to residents of nearby houses. With the commissioning of this section, we will take measurements and, if the result is positive, we will apply the technology at the following sections of the metro construction.”

In the meantime, Minskmetroproekt specialists have begun designing the second section of the third line: Profsoyuznaya, Perespa, Komarovskaya and Druzhby Narodov Park stations. Its total length is about 4.5 kilometres. Before the end of the year, it is planned to start preparing the territory for the construction of the Druzhby Narodov Park station. A mounting and shield chamber will be built here, from which the Alesya mechanised tunnel-boring complex will begin tunneling towards the Komarovsky market.

The metro in Minsk was opened on June 29th, 1984, on the eve of the 40th anniversary of the liberation of the capital of Belarus from Nazi invaders. Since then, the metro, which is the only one in the country, has expanded to three branches. In the 37 years since its launch (from 1984 to 2021), it has carried more than eight billion passengers — a figure comparable to the population of the entire planet.