On the anniversary of the 2020 Presidential elections, Belarusians from all over the country gathered for the Forum of Patriotic Forces in Minsk, and the word ‘patriotism’ got a new meaning. Over the past two years, all residents of the country have had an opportunity to analyse the processes that took place inside and around Belarus. They are building a conscious civil society on the basis of this experience today, while continuing to stand against information and sanctions strikes. 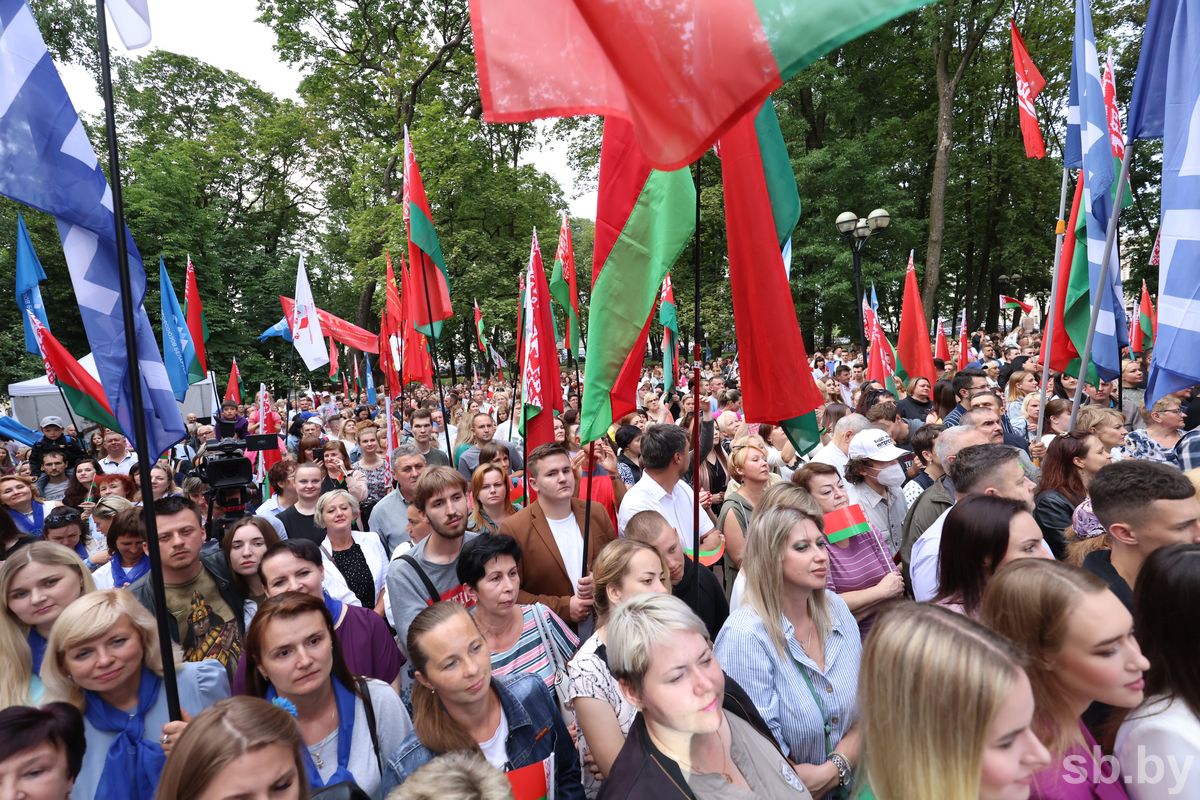 The event was initiated by the Belaya Rus Republican Public Association, and its Chairman and member of the Council of the Republic Oleg Romanov explained, “We have gathered to co-ordinate our stances regarding the current agenda, to proclaim and continue to act as part of the unity that now exists in our civil society, to jointly respond to the unprecedented challenges that threaten Belarus. Our President speaks of this all time – orienting us to understand that the tasks our country faces are Shakespearean in nature: to be or not to be. Meanwhile, constructive, patriotic public forces must realise the degree of complexity of the tasks we face, find adequate and effective ways to solve them.” 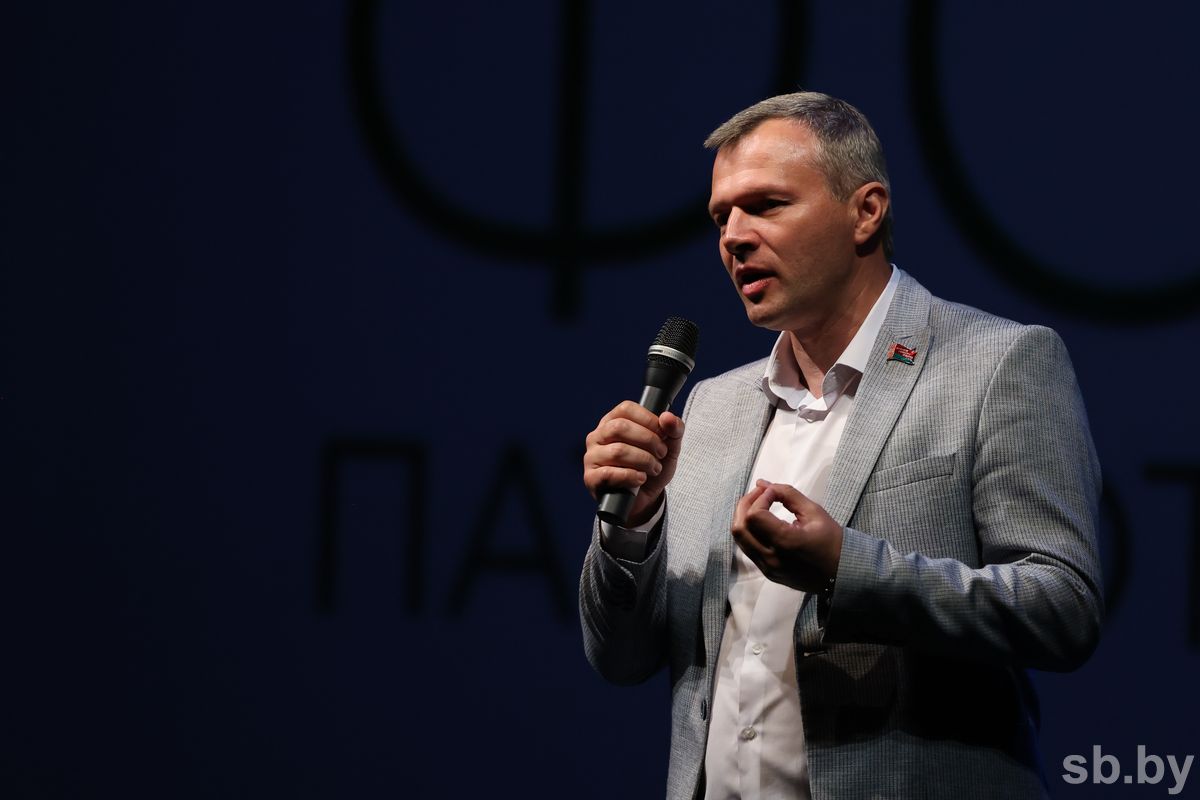 Mr. Romanov proposed to analyse the lessons of 2020. Young people were then affected by information influence. 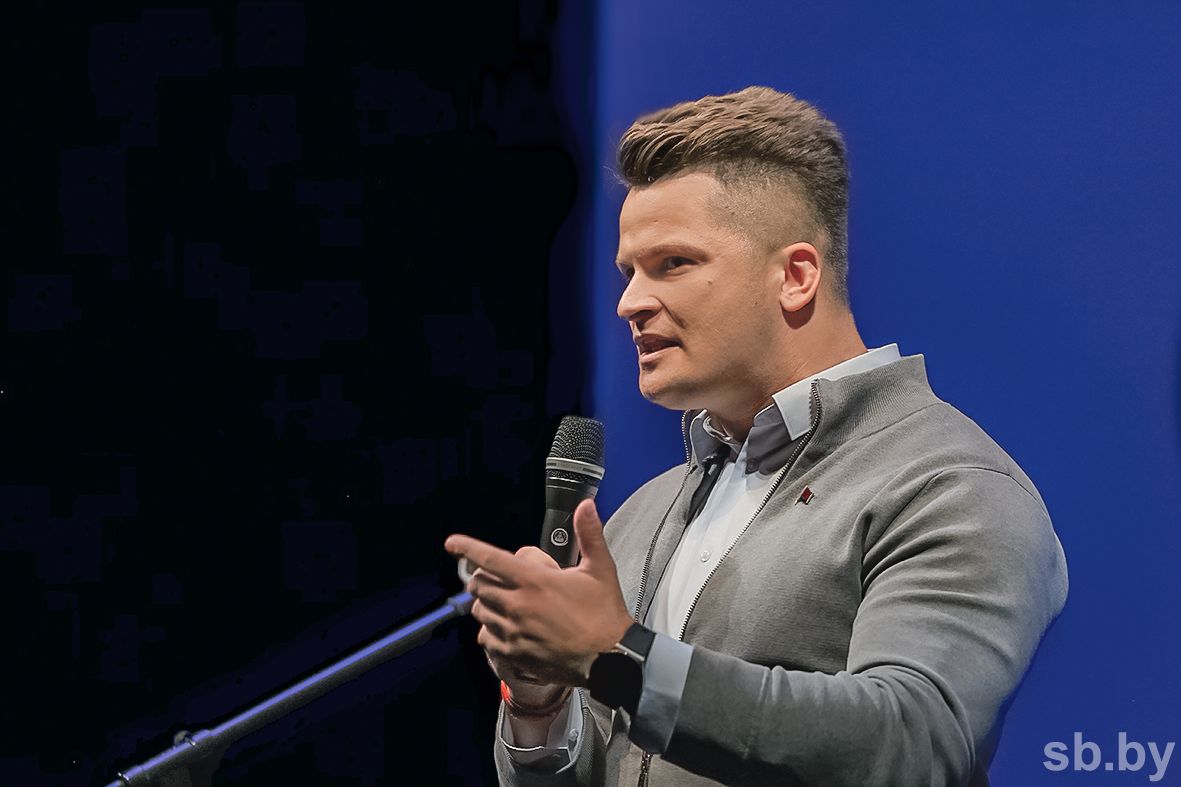 The First Secretary of the Central Committee of the Belarusian Republican Youth Union, Aleksandr Lukyanov, stressed that, if there were no mass youth organisation in the country, their place would have immediately been occupied by Western non-commercial organisations, “After 2020, we are now fully prepared for the events that are now taking place in the world. Young people have realised what they could lose and what consequences Western manipulations could lead to. Therefore, the Youth Union has actively engaged in the work of dialogue platforms throughout the country.” 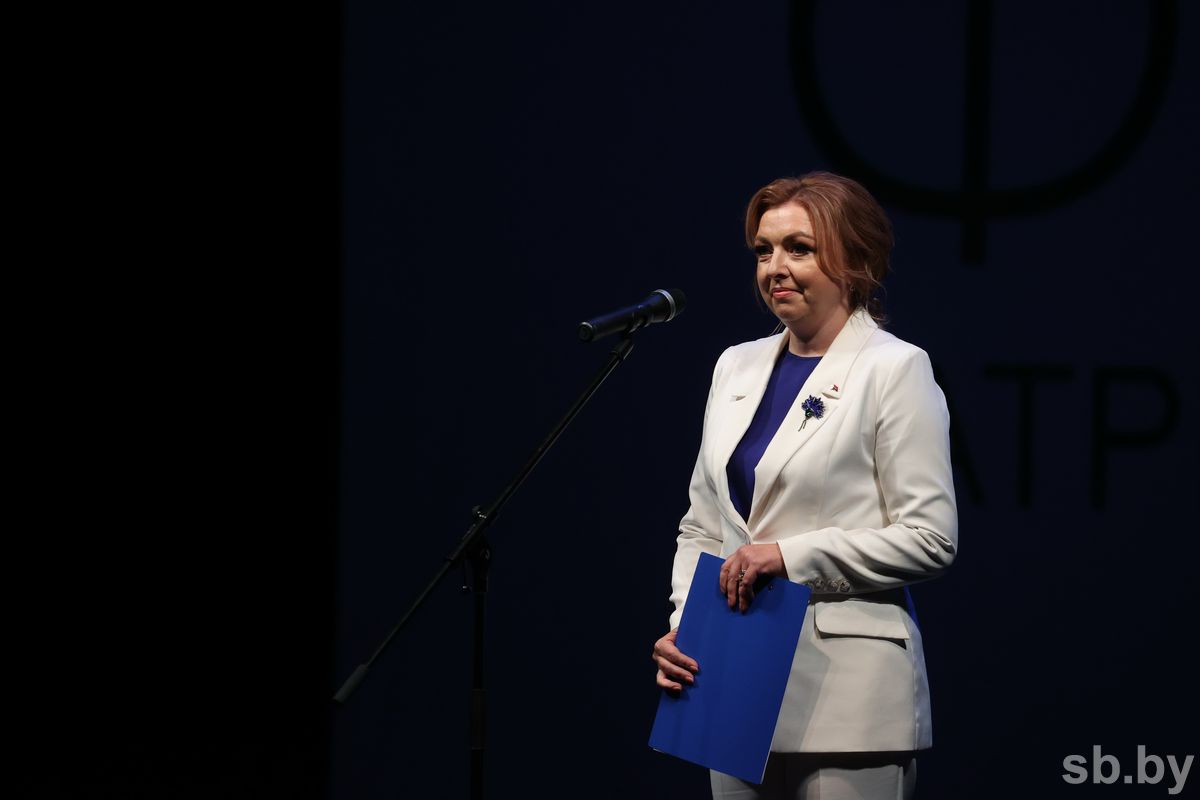 Moreover, in 2020, Belarus’ opponents played the ‘women's card’, and – according to Olga Shpilevskaya, the Director of the Mir TV and Radio Company representative office in Belarus – the choice was correct, “After all, women primarily embody love, sympathy, and maternal care – but they were attacked. The main idea was to evoke the right emotion, to arouse compassion. Incredible fakes about hundreds of dead and tortured people were aimed at this. The UN states that women and children become the main victims of any military conflict. Many of you provided assistance to such victims of democracy at our border. You saw with your own eyes how those who had brought the war to their land treated them. I believe that it is a woman who is able to stop the war. Therefore, ladies’ words are important today more than ever. There are more than 5m of us, or 54 percent of the country's population.” 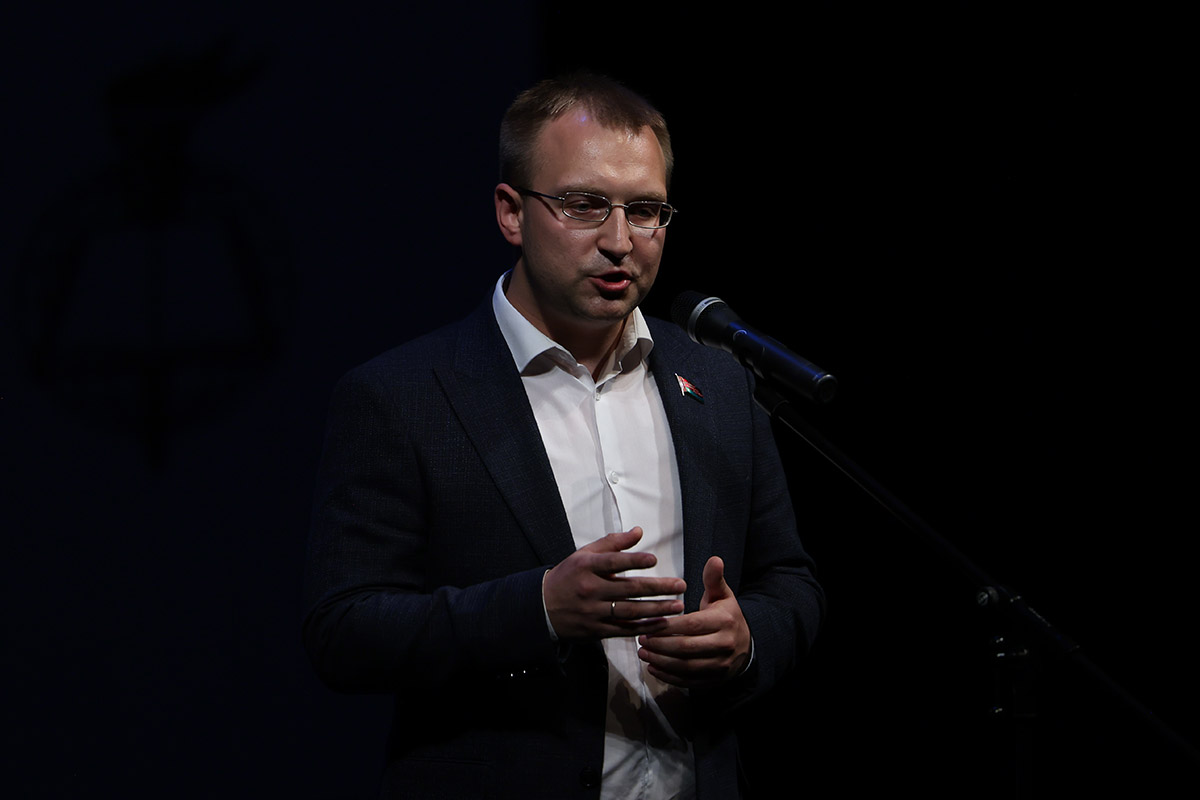 Although two years have passed since the last attempt to shake Belarusians’ lifestyle, a deputy of the House of Representatives and a member of the Communist Party of Belarus, Sergei Klishevich, is convinced that citizens still cannot relax. “What was previously voiced as hints in relation to our country is now proclaimed openly. In Ukraine and Poland, militants are being trained to overthrow the constitutional order of Belarus by military means. We know that Belarusians are wise and reasonable people. Maybe not right away, but everyone has realised that the whole of the country would fall under the US control and become a new colony of the West – like Ukraine – if people walk through our streets at the behest of Telegram channels from Vilnius and Warsaw. We should unite to become a reliable support for our President. He has never betrayed the party, the country, or any of us!” he stated. 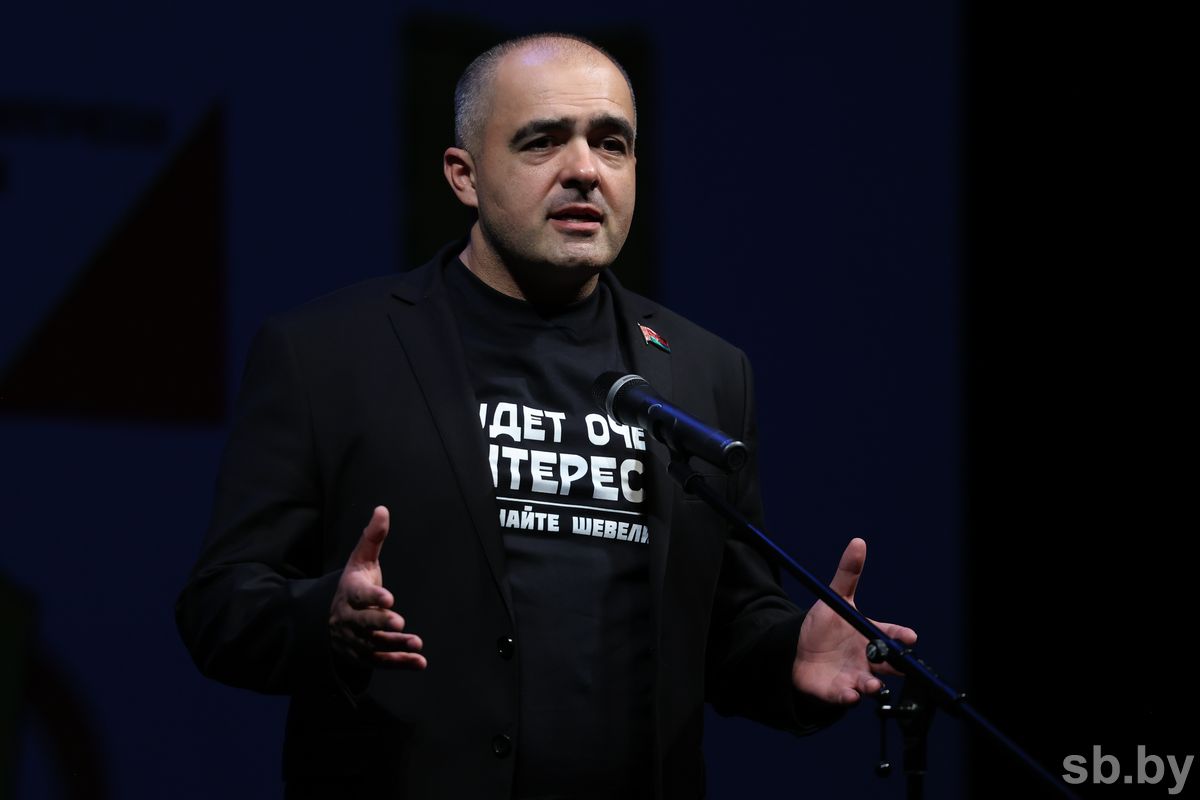 Oleg Gaidukevich, the Chairman of the Liberal Democratic Party of Belarus and the Deputy Chairman of the House of Representatives’ Standing Committee on International Affairs, agreed, “I am a deputy and a party leader. However, the main thing is that I am a father of two children, and my daughters are not afraid of the fireworks – being happy to watch it. Meanwhile, children in Donbass are afraid of this. But this opportunity for my children — to go out without a fear – was attempted to be taken away in 2020. This Monday, madmen gathered in Vilnius. They announced there that no other way, except military aggression, is possible to change the government. Do these people love Belarus? However, hatred will never win. Belarus is us!”

The deputy also addressed Europe, “You should kneel to Lukashenko, because he saved you from war in 2020. If the Belarusian government failed to hold its ground two years ago, the whole of Europe would have been on fire today!” 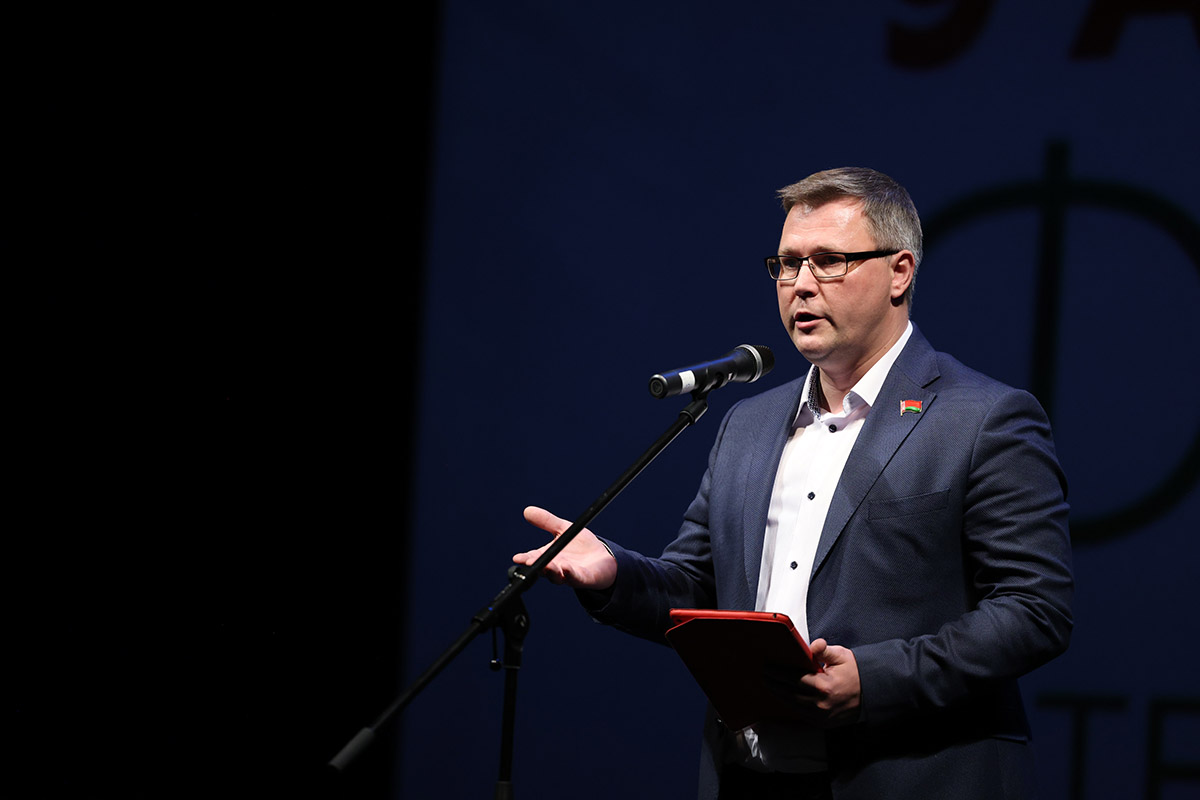 However, Europe is still ‘on fire’ – due to its inadequate domestic and foreign policy. As noted by Andrei Krivosheev, the Director General of Minsk-Novosti Agency and the Chairman of the Board of the Belarusian Union of Journalists, the recent two years have made it possible to understand who is Belarus’ friend and ally, and who is the country’s enemy and traitor. “In 2020, weak, dependent and random people left the profession. There is less hypocrisy now. Censors have dropped their masks. Hundreds of our accounts are being blocked, and hundreds of our journalists are included in illegal sanctions lists. They have even attacked the teenagers from the Riga Children's Academy of Radio and Television. This is a sign of weakness and impotence of these censors,” he said, adding, “We won. We defended our country in a local battle. But the battle for Belarus’ future is in full swing. Let's help ourselves win together and make history know of our sovereign, fair and safe Belarus!”

Writers, athletes, and media workers also spoke at the forum. 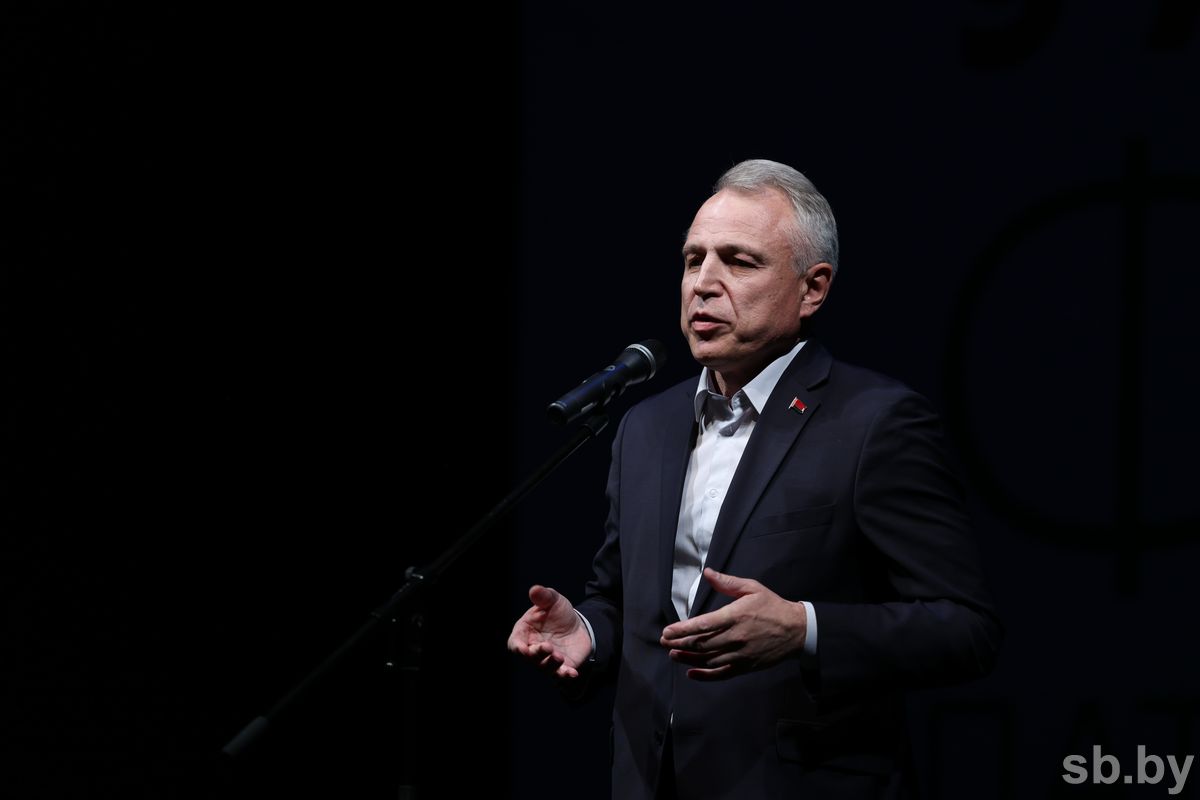 In particular, Mikhail Orda, the Chairman of the Federation of Trade Unions of Belarus, said, “Any unverified decision of ours, any – even isolated – case of an indifferent or formal attitude towards a person and the happening events is a gift to those who dream of destroying Belarus and leaving Belarusians with nothing. We all have no right to make a mistake.” 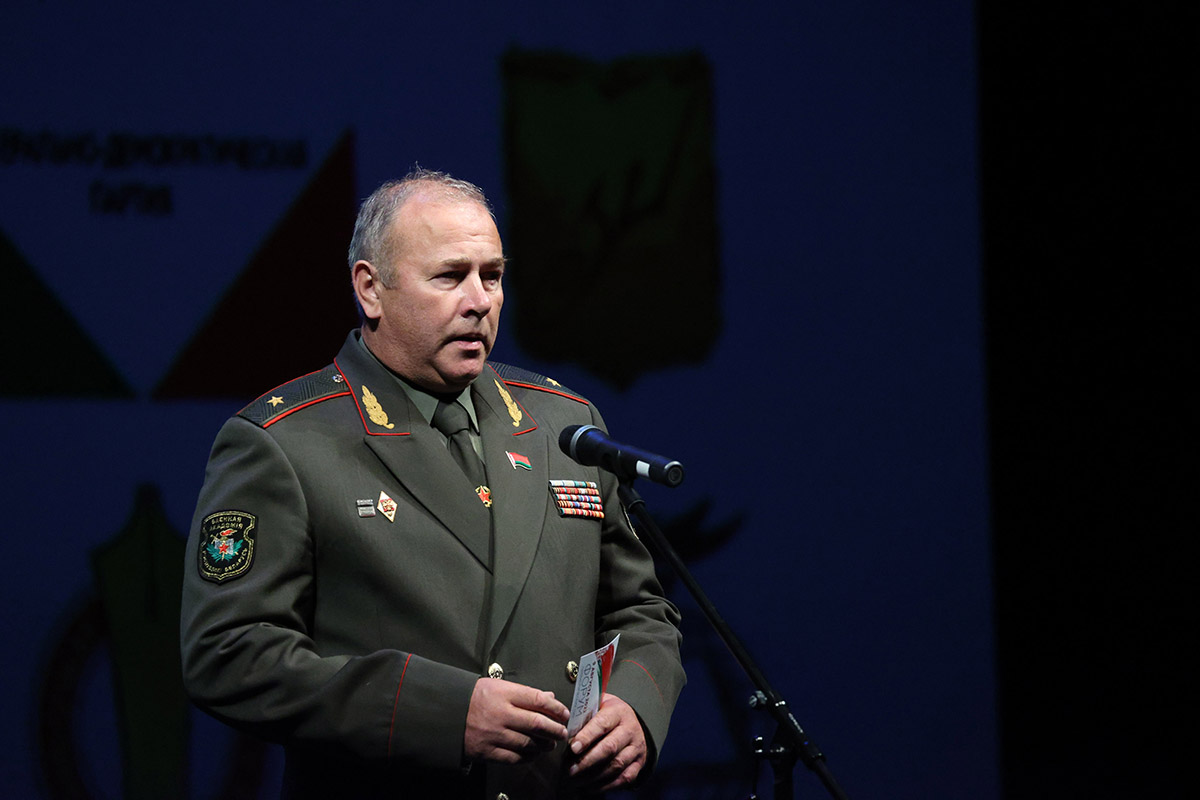 In turn, Sergei Bobrikov, the Chairman of the Republican Council of the Belarusian Union of Officers, noted, “This is our land, we live here. Should we give it to these renegades and scoundrels?! This will never happen! We have a normal, energetic and purposeful national leader. Let's rally around him and press out all these evil creatures – so that they do not even get in the way. We all took an oath, a sacred oath to defend our homeland to the last drop of our blood. There are no former officers: we – people in uniform – will never betray you.” 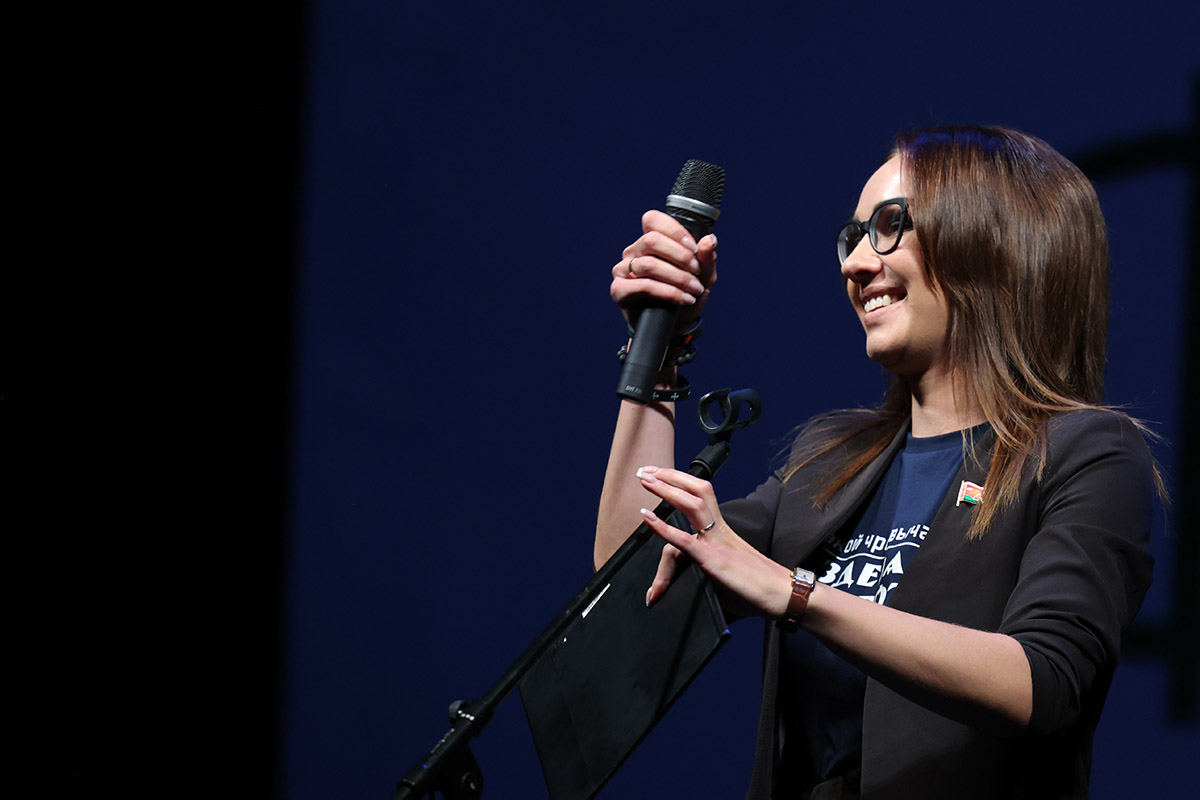 Anna Kharuta, the Deputy Chairperson of the Patriots of Belarus Republican Public Organisation, said, “Thanks to what we all had to go through and overcome together, we have managed to start working on social cohesion. We have learned to unite and appreciate each other. The limit of shocks for Belarus has been exhausted forever.” 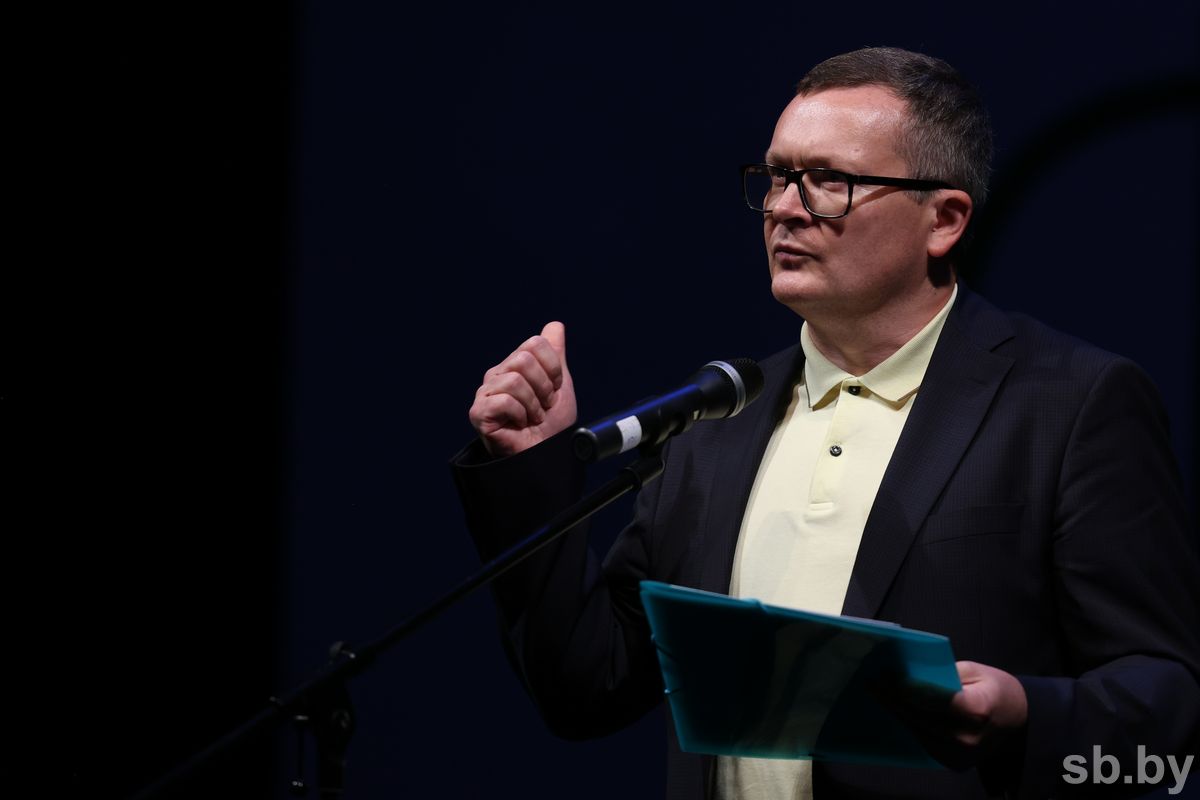 Yuri Voskresensky, the Director of Roundtable of Democratic Forces Information and Analysis Institution, stated, “Instead of barriers, ditches and walls of barbed wire – in which forest animals painfully die, we propose to return to a mutually beneficial strategy of co-operation. Belarus has never allowed interference in the internal affairs of its neighbours, and it expects the same in response.” 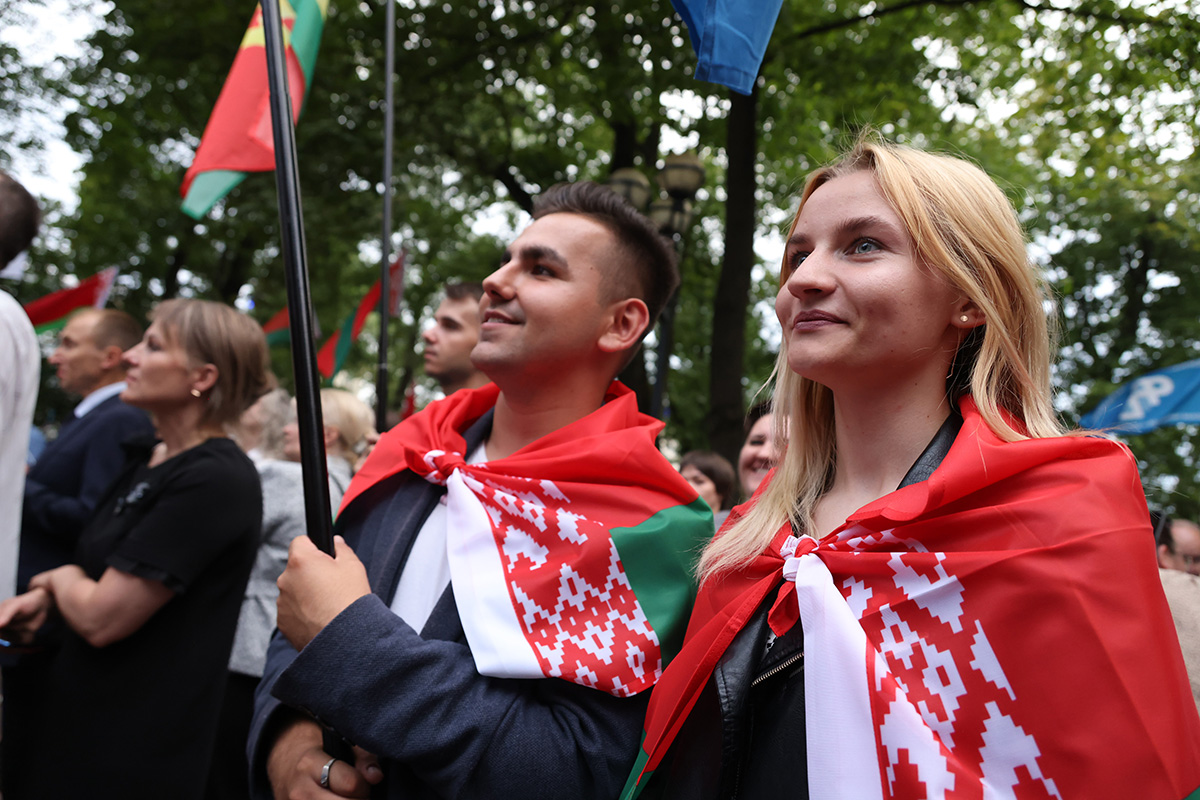 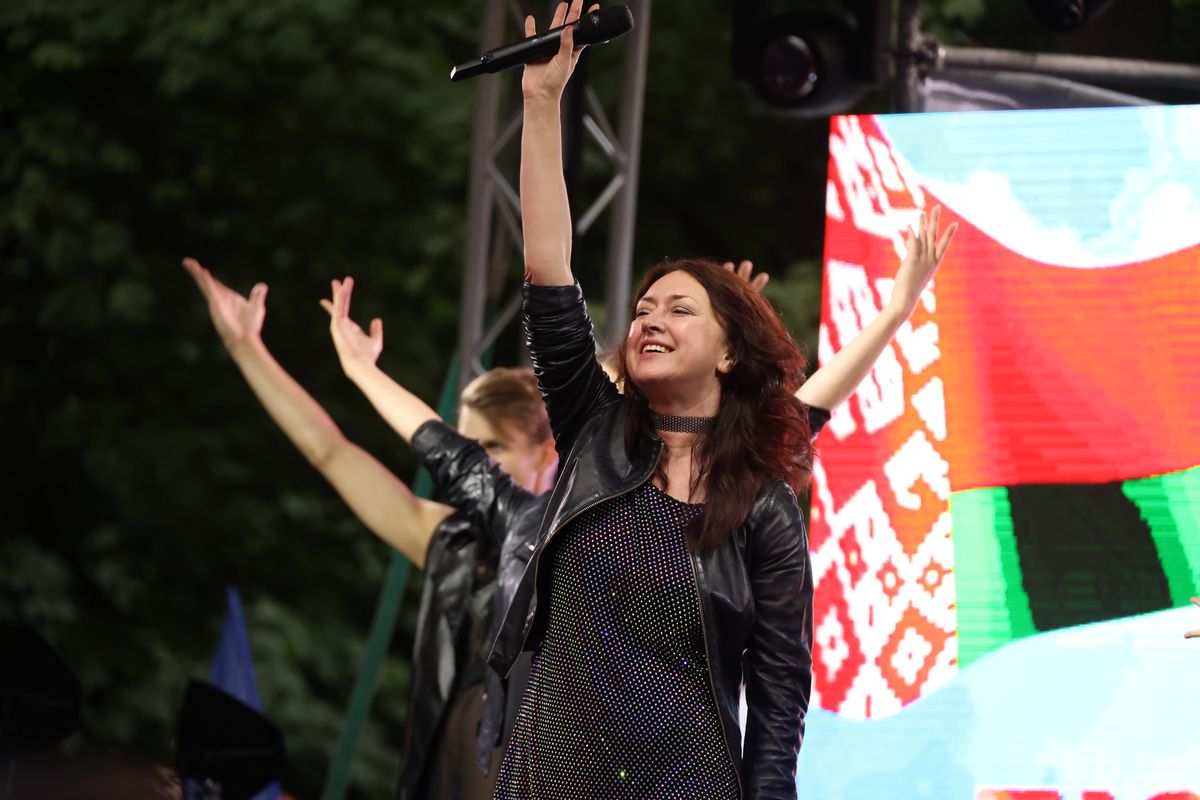