A nationwide strike by truckers in South Korea has led to disruptions in the supply of goods worth $2.69bn in five key industrial sectors of the country, Yonhap reports 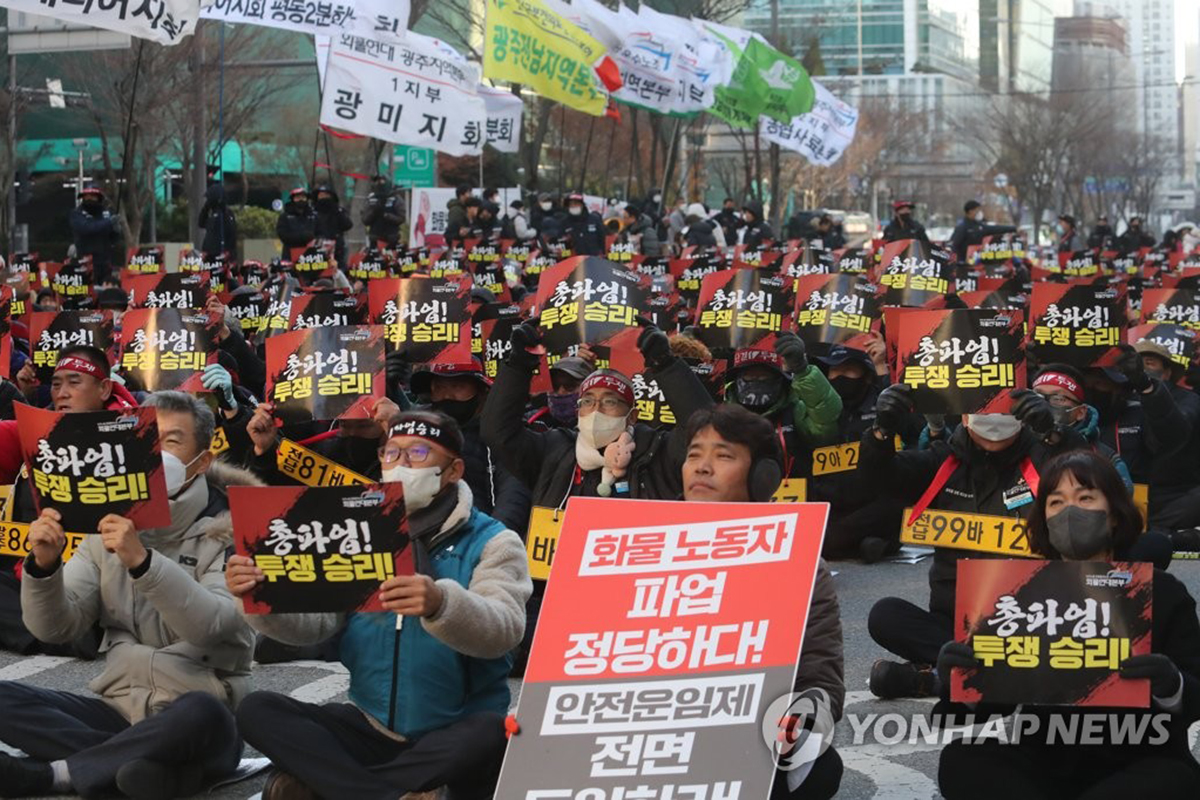 The source says the protesters of the strike – which is lasting for two weeks already – are demanding that the government extend temporary rules guaranteeing minimum freight rates, set to expire this year.

By now, the strike has caused disruptions in major industries, including steel, petrochemical, oil refining, cement and automotive: i.e. 85 gas stations across the country have been left without fuel.

"We are reviewing an option to issue a return-to-work order in oil refining, steel, and petrochemical sectors as early as this week in a preemptive effort before massive damages become a reality," Industry Minister Lee Chang-yang said.

As reported, the Government returned truckers to work in the cement industry last week. As a result, supplies in the cement sector recovered to about 88 percent.

By now, the Government and the trade union have held two rounds of official negotiations, but no agreement has been reached.