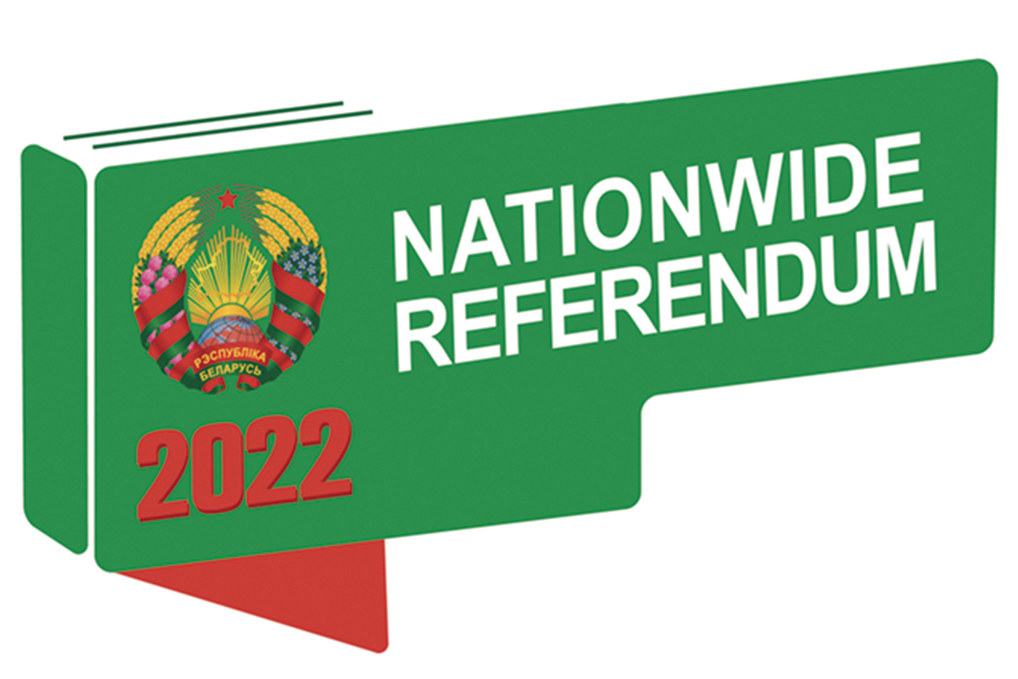 The plebiscite took place, the Belarusian people made their choice. Changes and additions to the Constitution proposed by the Head of State were supported by 82.86 percent of citizens who came to the polling stations (according to preliminary data).


On February 27th, after voting, Aleksandr Lukashenko spoke with journalists on topical issues that concern not only Belarusians but also the world community these days.
Speaking about why the country needs an updated Constitution, the President said, “The period when power concentration and a rigid power vertical were necessary is going away. Certainly, this little war has shaken up Belarusians a bit. They grew tense and said: we don’t need it, we need things the way they were back then according to the current Constitution. Why? ‘Back then’ is not a problem. They want to see a person, to see a government that is held accountable to the people.” 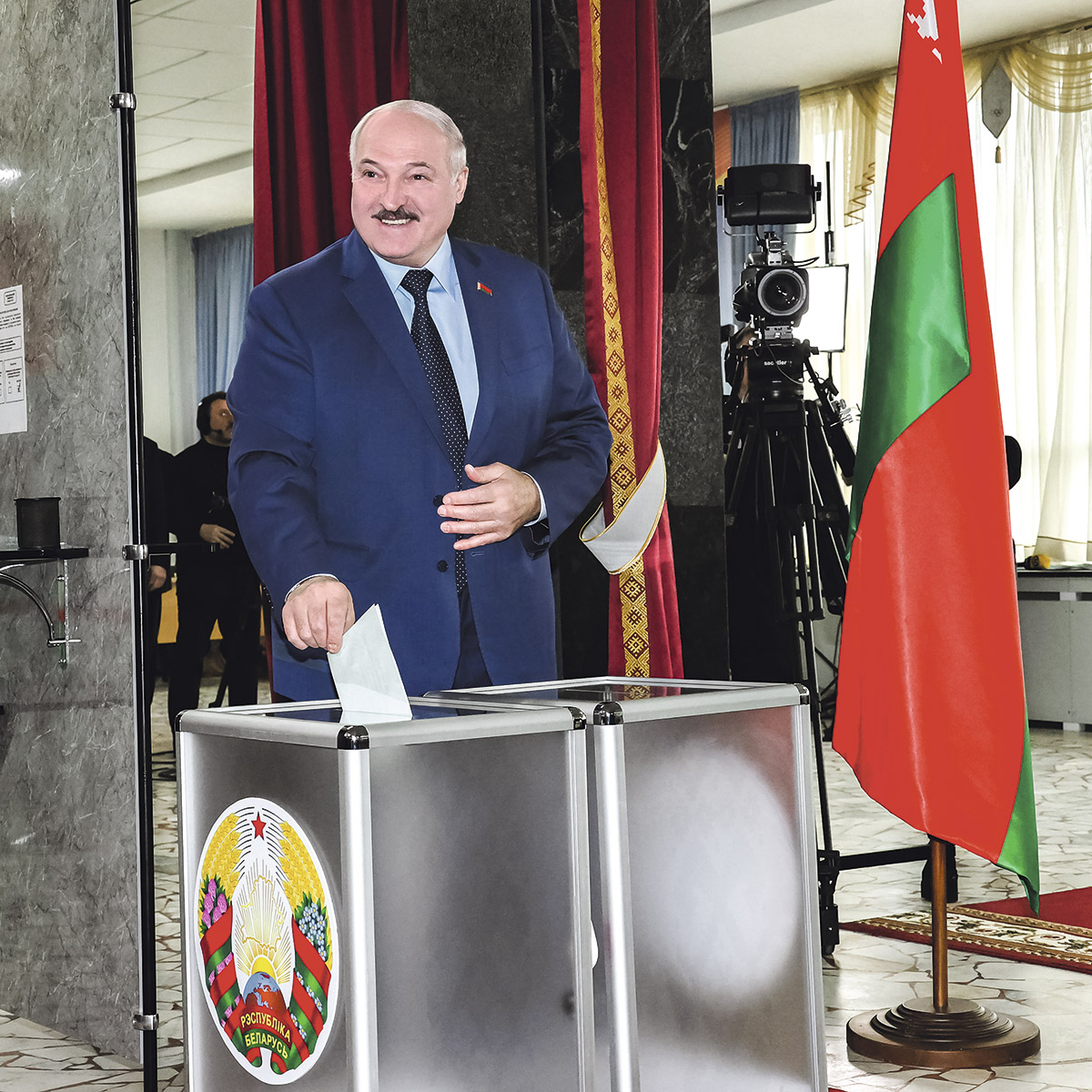 At the same time, the Head of State believes, it is not necessary to know all the articles of the Constitution by heart, what matters now is, “This Constitution is written in the spirit of the people, with the desire that the people have.”
The Belarusian leader highly appreciated the explanatory work carried out by journalists and experts countrywide. He also noticed that one period had ended, “However, a more complicated period is about to begin. Whatever kind of president I may be (it is yet unclear what kind), one man is not enough to continue moving the country forward. Greater power decentralisation is necessary in order to raise more people to the surface. And we’ve raised them.
Aleksandr Lukashenko cited as an example patriotic and smart guys and girls who were able to rise, “And the Constitution has to allow a person to rise from an ordinary citizen to the president. The president must not brake this process.”
At the same time, according to the President, checks and balances are definitely needed, as in any society. He also recalled that it was not the ‘self-exiled opposition’ who pushed us to change the Constitution. And made an important point, “Look, nothing has changed radically. We are going to make several careful steps forward.
The fact that the first president has the right to also work as the chairman (of the Belarusian People’s Congress according to the updated Constitution) has not been implemented to suit Lukashenko. What if things happen? You will come and say: you are the president, where did you lead us? And I will lack the leverage. This is why we are making careful steps for now. We make them and look whether we did the right thing.”
The Head of State emphasises once again, “We’ve had enough in the course of our history. This is why we cannot allow mistakes. Nobody can live forever. But I don’t waive my responsibility before you, the people. Don’t think I will run away and will tell you how to live from a bunker.”
The current referendum is the fourth in the history of independent Belarus. Aleksandr Lukashenko believes the four referendums were very significant. He recalled that, based on the results of the first referendum in 1995, the Russian language was given the status of a state language. In turn, in Ukraine, the oppression of the Russian-speaking population has become one of the reasons for the current events. In no case should one put pressure on this issue, the Belarusian leader is sure, “Why would multinational Ukraine forbid people during this period to speak the language they want?..  Speak the language you want. Why was it necessary to bend people across one’s knee, knowing that in the east of Ukraine and in the West they mostly spoke Russian in everyday life. Why was it made in such a crude manner? 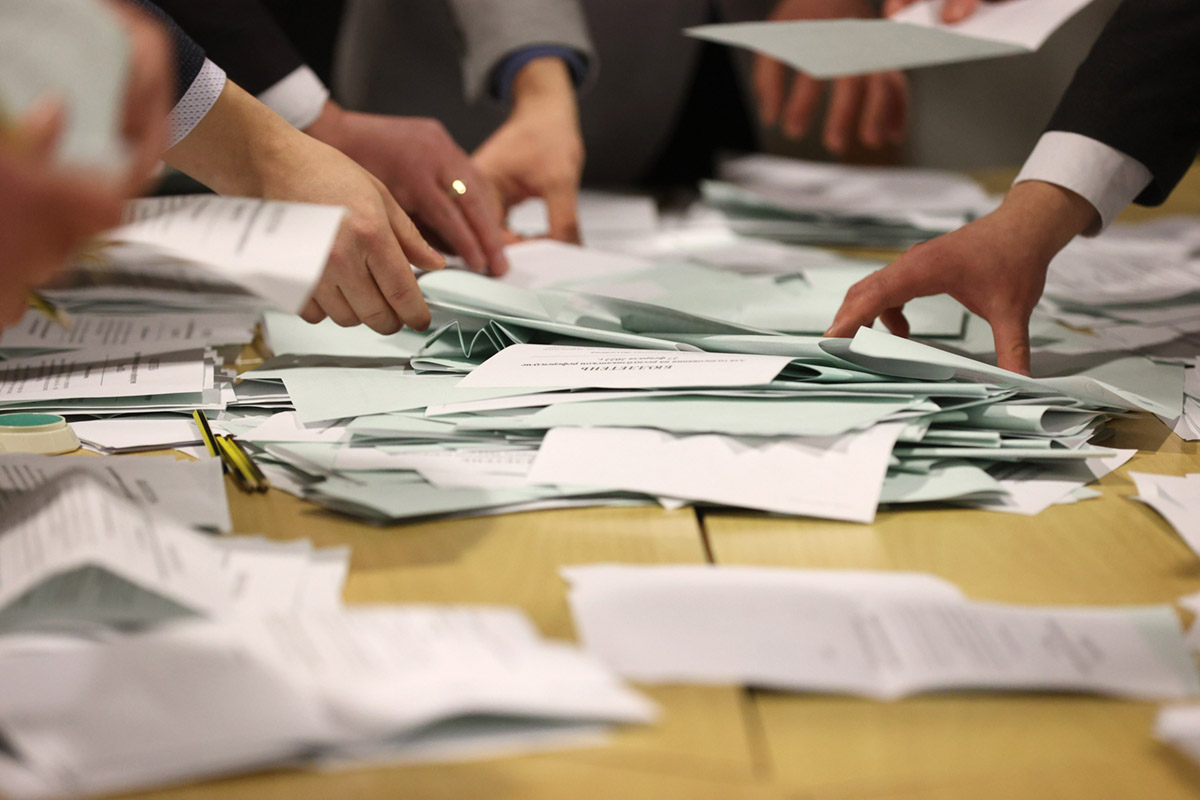 At the same time, we must know our native language, the President is convinced, “The Russian language keeps the soul of the Belarusian people. This is not the Russian Federation language — this is the Russian language, to which we are directly related. And the knowledge of the Belarusian language makes us a special people, different from the Russians.”
In addition, the referendums determined Belarus’ state symbols and the attitude to the death penalty, “That is why those referendums were important to me. And this one is significant as well. We will rebuild the political, social, and economic systems of our state slowly and quietly (after the adoption of the Constitution, there will be no less work). It is not bad that we will have a ‘people’s congress’ that can stop the Head of State and any authority at any moment. At the same time, I always say that we — Belarusians — need to learn to live in accordance with the law.”
The President also drew attention, “It is necessary to understand that, from tomorrow, the Basic Law will start stabilising the President. The President will at least have to look around because some of his powers are transferred to the Belarusian People’s Congress, the Government, and Parliament. What is wrong with that?”
Summing up the answer to the question about the importance of referendums, he expressed it figuratively, “All referendums are important to me. Since I initiated them, these are my children. And children are all the same for their parents. However, you always love the youngest one more, right? This is still a little baby that you will help me raise.”

Journalists actively asked the Head of State questions related to the situation in Ukraine and the Russian special operation in this country. Aleksandr Lukashenko again stressed that he sees the resolution of the conflict through negotiations. He also added, “The United States is the only country that benefits from what is happening here, putting Europe in its place and removing its competitors.”
At the same time, the Head of State noted that the main rivals of the United States are China and Russia, “This is the problem they are solving. It has already come down to the war. However, they publicly declare that NATO, America will not go there, they will not fight in Ukraine.”
That is, they are solving their issues via proxy warfare, notes Aleksandr Lukashenko, “They themselves will stand behind the Lithuanians, Ukrainians. As far as Lithuania, Ukraine and Poland are concerned, they have the same policy and position.”
In the context of maintaining good neighbourly relations, the representative of Lithuania asked the opinion of the Belarusian President on the role of people’s diplomacy. Aleksandr Lukashenko replied, “I have always been for people’s diplomacy. I was a deputy of the Supreme Council; this was the height of people’s diplomacy we had at that time... We need people’s diplomacy.”
The Head of State also revealed some details of a telephone conversation with his French counterpart Emmanuel Macron. The topic of the possibility of deploying nuclear weapons on the territory of Belarus was also touched upon, “I said: ‘Emmanuel, if it was necessary to deploy nuclear weapons, we would have done this under this Constitution. Nobody hinders us from this. And then, where did you get the idea that I want to produce nuclear weapons here, or place them?’. I had said under what conditions and repeated it to him: ‘If America or France (nuclear power) redeploy nuclear weapons to Poland, Lithuania, to our borders, then I will not place them here (I have no such weapons) but I will address Putin with a request to return the weapons — that I once gave away without any preconditions — back to us. That is all, there are no questions’.”
Aleksandr Lukashenko also advised his French colleague to study in detail the draft of the updated Constitution, rather than to be guided by the theses that had been prepared for him, “There, I say, half of the Constitution is the French Constitution. This is true.
As clarified by the Head of State, even when developing the current Constitution, the experience and developments of the legislation of other countries, including France, were used.”

***  On the same day, Aleksandr Lukashenko has arranged a series of top-level contacts in order to organise Russia-Ukraine peace talks in Belarus. The Head of the Belarusian State phoned Ukraine President Volodymyr Zelenskyy. The politicians agreed that the Ukrainian delegation would meet with the Russian one without preconditions in the area of the Pripyat River at the Belarusian-Ukrainian border.
The Belarus president assumed responsibility for keeping all the aircraft, helicopters, and missiles, which are deployed in the Belarusian territory, on the ground for the duration of the trip, negotiations, and the return trip of the Ukrainian delegation.
After talking to the President of Ukraine Aleksandr Lukashenko contacted President of Russia Vladimir Putin and suggested that the Russian delegation, which had arrived in Gomel to participate in the peace talks, should wait and reschedule the talks to a slightly later time due to the delayed arrival of the Ukrainian delegation. Vladimir Putin backed the proposal of his Belarusian counterpart.


As a result, Russia and Ukraine held their first talks in the Gomel Region on February 28th near the Ukrainian-Belarusian border on the banks of the Pripyat River.


“President Lukashenko sincerely hopes that — during today’s negotiations — it will become possible to find solutions to all crisis issues. All Belarusians are praying for this. Any of your requests and suggestions regarding the organisation of today’s meeting will be accepted and unconditionally executed. We are waiting for the result,”

Based on materials of sb.by and belta.by
Photos by BELTA
Constitution elections norod voting