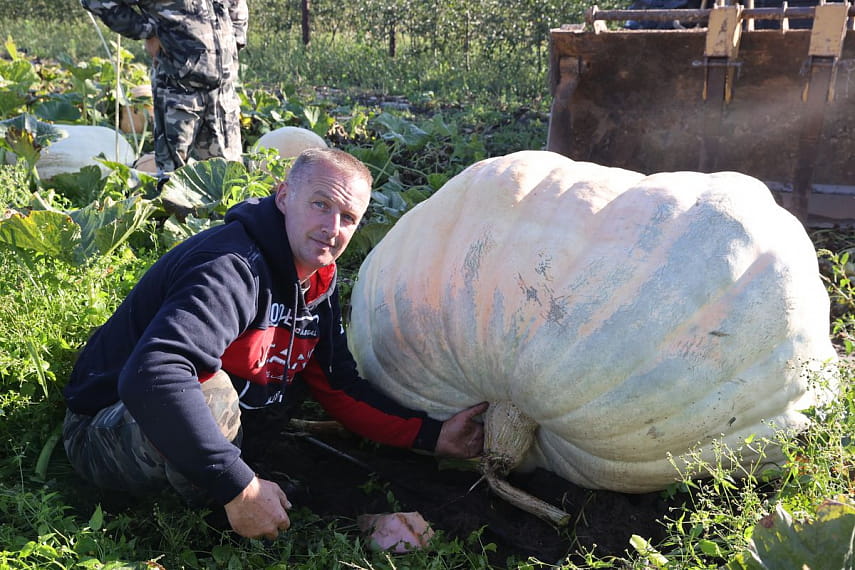 Igor Grinko has only 33 hectares of land near Gomel, but nine of them are allocated for melons and gourds. “I grow watermelons for seven years, but it’s my first time when I decided to plant pumpkins. I bought seeds in Moscow,” smiles the farmer.

To enjoy a rich harvest, Mr. Grinko worked much – using no chemicals. “I made tunnels for them, watered and fertilised. Suddenly, the temperature dropped to minus 6 Celsius and the plants – which were reaching out towards the sun – were damaged by frost: only roots and some green leaves remained. I lost my heart. Happily, I managed to save the pumpkins and they continued growing. To fertilise two of them, I used a truck of manure. Moreover, up to a tonne of water was spent in summer,” he adds.

In Stavropol, the farmer presented two of his pumpkins: of 370kg and 322kg. Three watermelons – each weighing around 40kg – were brought to the Russian competition as well.