Sanctions are a dead end. The matrix of lies and manipulation of public opinion. Neoliberal approaches in the economy that are destroying our planet…These and other issues were high on the agenda at the 14th Eurasian Economic Forum in Verona.


The current economic system of intensive production and consumption — based on capital and endless growth — is no longer sustainable. According to many experts, it is time to develop a model that would be based on sustainable development, ecology, social development and economic component. This is a complex operation that requires a gradual approach which needs no panic and no extreme optimism.
The Eurasian Economic Forum in Verona — organised by the Conoscere Eurasia Association, the Roscongress Foundation and the St. Petersburg International Economic Forum — is an important negotiating platform where the world’s leading politicians, scientists, diplomats and businessmen meet annually. This year, the participants of the two-day meeting discussed topical issues in the field of economics and finance, healthcare, ecology, energy and technological innovations in Greater Eurasia united by the global theme: Eurasia on its Path to a New Geopolitical, Social and Economic Order: Transition to a New, Human-Centred Economy. They also tried to find an answer to the question of how to ensure that western countries move away from the counterproductive policy of sanctions, and the West and East forget about conflicts and join forces to save the planet. 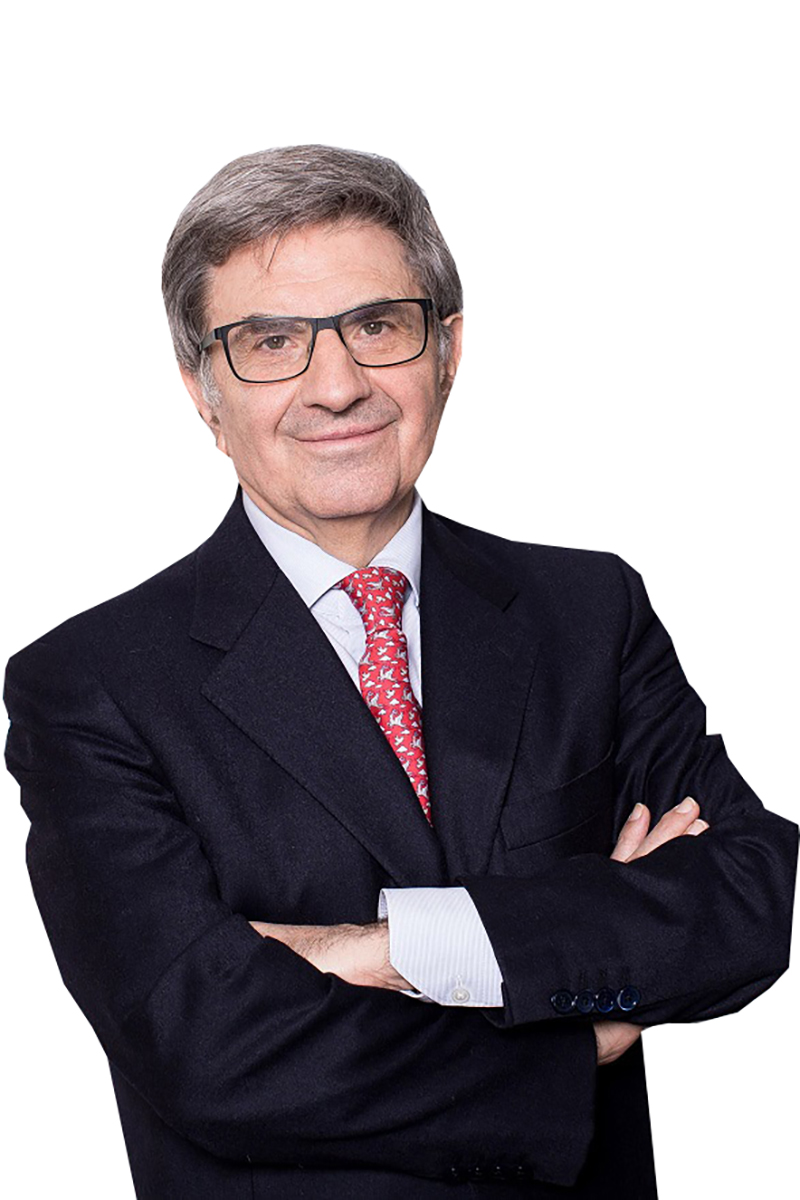 Antonio Fallico
The threats faced by the Earth population are now obvious and real and the President of Conoscere Eurasia and the Chairman of Banca Intesa, Professor Antonio Fallico, drew attention to the problem. Speaking at the Verona forum, he noted, “Among the important topics of the Verona meeting is the need to rethink the unipolar structure of our world and the neoliberal model of economic development. Classical diplomacy alone is no longer enough for this. It’s necessary to expand the use of business diplomacy opportunities on an international level. This will make it possible to break down geopolitical barriers in favour of international humanistic comprehensive development and contribute to the salvation and prosperity of our planet.”
According to Mr. Fallico, COVID is the first pandemic problem that has hit all continents simultaneously and has demonstrated an impressive rate of spread, “Tens of millions of people have lost their jobs. All of us — politicians, businessmen, ordinary people and intellectuals — should learn an important lesson from the pandemic crisis: the illusion has been cultivated for too long that new digital technologies generated by the fourth digital revolution will ensure linear growth without restrictions or shocks… The pandemic has created a world with unthinkable social inequality.”
There is now a world where 3bn people have to live on less than $5.5 a day. Two billion people cannot use electricity, while one percent of the richest people own 18 percent of the world’s total wealth. Every year, 30m people die from hunger, including 7m children. One billion people cannot write or read their name. The pandemic has increased inequality: as a result, the rich have become richer and the poor – poorer. It has made us realise that there is no viable economic development without a strong system of rules and public services. It forces us to completely reconsider the way we produce and consume.

“The fear of a shortage of goods — which we have observed during the pandemic — has a positive side. This frees us from consumer narcissism, from the position when we want everything right now. This brings us back to basics and the quality of human relations and solidarity. So, welcome to the limited world!”

Mr. Fallico also added, “This pandemic will sadly not be the last one. Deforestation forces us to contact animals whose viruses are unknown to us. The thawing of permafrost threatens to spread dangerous epidemics, as does intensive farming…”

Much attention in the speeches was paid to the flawed policy of sanctions: this sets the international community back decades — especially in the context of a difficult fight against the pandemic.
Mr. Fallico believes that imposition of sanctions by western countries against various states is based on a matrix of lies,

“The mass media and digital platforms are now bombarding us with so-called post-truth and information characterised by emotionality and based on unverified facts. With this in mind, we must confirm man’s ability to resist the confusion of reality and fiction, truth and falsehood.”

“The World Wide Web transmits a huge uncontrolled flow of information, fake news,” he added, mentioning the situation when former US Secretary of State Colin Powell accused Iraq of possessing bacteriological weapons from the UN rostrum as a vivid example of deliberate manipulation of facts. “He theatrically demonstrated a bottle of white powder saying that the same amount of anthrax could kill everyone there and that Iraq was running a chemical and bacteriological weapons programme — which impressed all those present. The world later learnt personally from Colin Powell — who died not long ago — that it was all a lie. However, as a result of that war, more than 200,000 Iraqi civilians were killed,” the Italian expert explained.


Decline of an era

Much attention was paid at the Verona forum to energy problems. Energy prices that have soared in Europe were also discussed. The Head of Rosneft, Igor Sechin, warned that a significant rise in gas prices could further warm up oil prices. He also noted that the shock prices for blue fuel pose a risk to the economic recovery of Europe — adding: the era of relatively low energy prices, which lasted almost 100 years, may be coming to an end.
“The de-stimulation of traditional energy leads to a reduction in investments necessary to maintain the level of production of traditional energy resources, which will cause a shortage and an even greater increase in prices. High energy prices will certainly slow down economic growth, and the era of relatively low energy prices, which lasted for almost 100 years and became the main incentive for the development of the world economy, may come to an end,” believes Mr. Sechin. 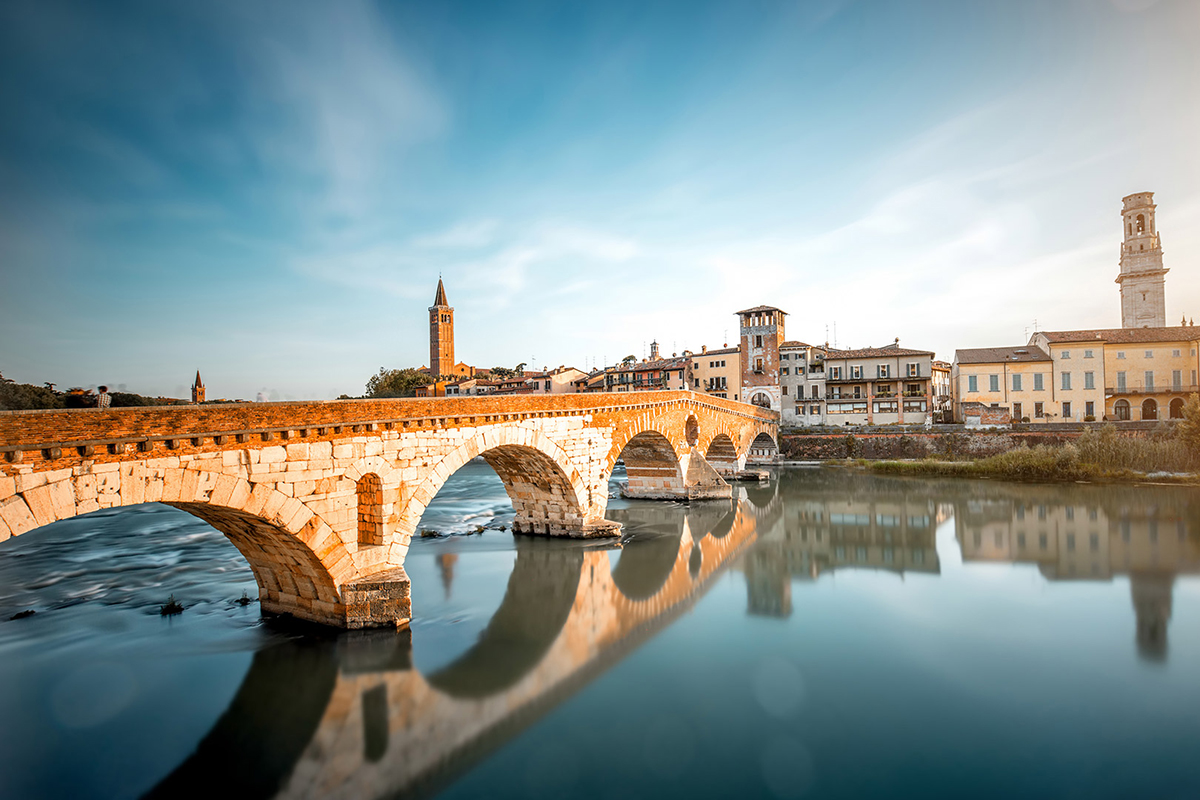 A reboot and the beginning of normal political, economic and other contacts between all members of the international community, including between the EU and the Eurasian Economic Union, is a logical and effective solution to many problems that the international community has faced. In the meantime, the creation of an effective partnership from the Atlantic to the Pacific Ocean is frozen due to the fault of the European Union, believes the ex-ambassador of Italy to Russia, who held this post until 2021, Pasquale Terracciano. He recalled that, in the late 1990s and early 2000s, there were great hopes for rapprochement between the West and the East, “However, some EU member states resisted holding high-level talks. Despite that resistance, contacts at the technical level between the European Union and the Eurasian Economic Union began in 2017 which led to certain results. This is a minor example of what we could achieve as a result of at least a minimal partnership and co-operation between the EU and the EAEU.”
The idea of a normal dialogue between the West and the East is also supported by the Mayor of Verona, Federico Sboarina. He is convinced that the negotiations and agreements reached at the Verona forum will give impetus to trade turnover and business ties between Italy and the EAEU member states, “We need to discuss specific problems and specific ways to solve them. We appeal to politicians, experts and diplomats to repeat and remind everyone that our Eurasian Economic Forum is an important and effective platform to discuss and solve many problems,” Mr. Sboarina said.