The flight commander and the pilot of the combat aviation training unit of the training and combat squadron of the 116th Assault Airbase of the Air Force and Air Defence Forces of the Armed Forces were awarded the high titles for courage and heroism displayed in the performance  of military duty. 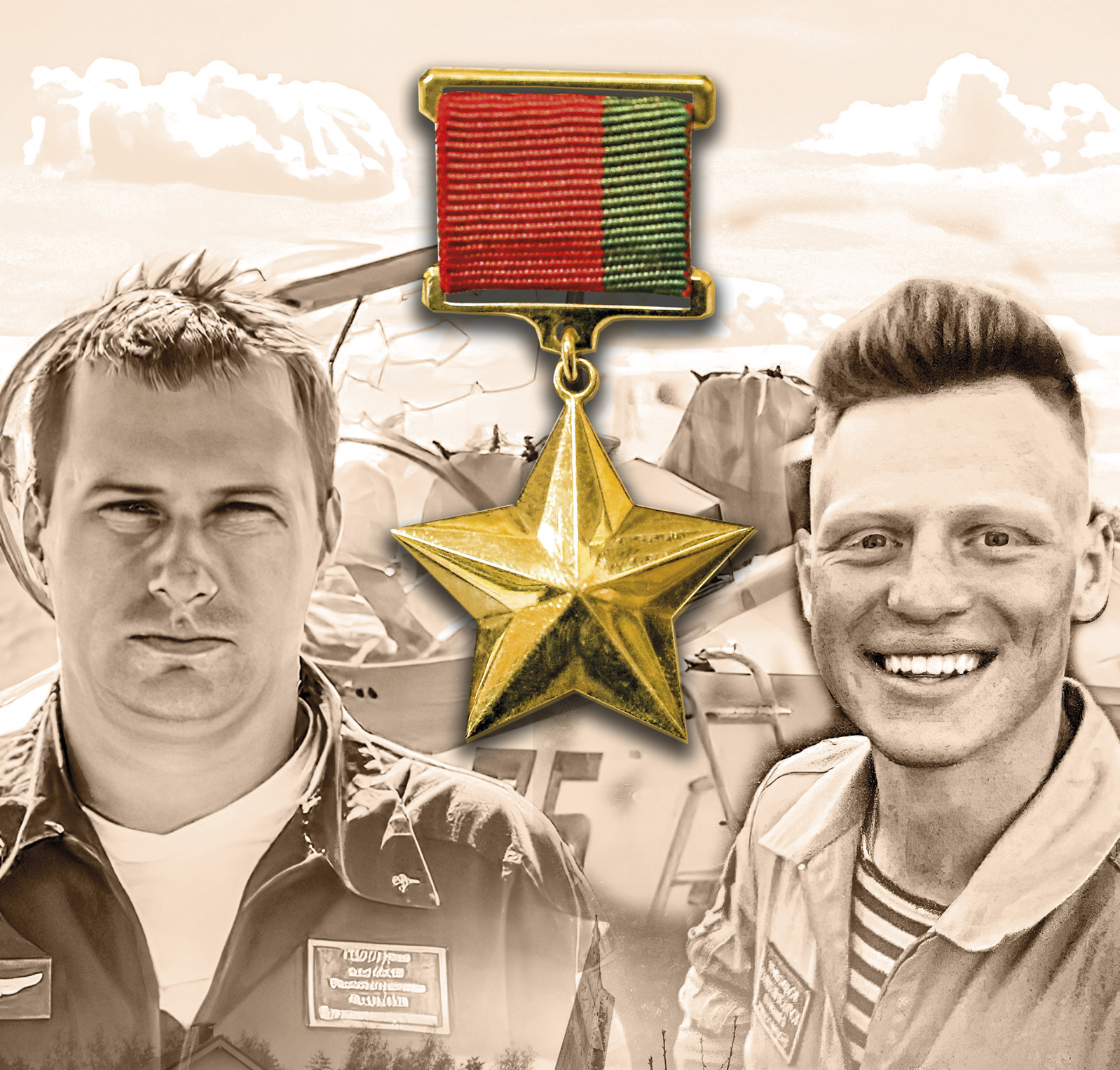 DIRECT SPEECH
President of Belarus Aleksandr Lukashenko:
The pilots did not eject... They fought to the end, knowing that time was not on their side. They realised that had the aircraft fallen on residential areas, it would have been a disaster. Two heroic people died... Unfortunately, there are also ill-wishers. You cannot call them other than scoundrels. They wrote posts on their social networks. I would ask the KGB chief to get involved and to identify as many of these as possible and report back... Identify them and report. You should understand, if God forbid, something bad happens in the country, these people will collaborate with the enemy, like during the Great Patriotic War, and will burn and kill, sparing no one. We should know who they are. I am saying this because I want our society to understand that these are scoundrels.
(During the meeting discussing the social, economic and political situation in Minsk on May 20th, 2021)


The military plane crash happened on the afternoon of May 19th. Before their deaths, the pilots managed to direct the aircraft to the only vacant patch in the densely built-up area — a vacant lot between apartment buildings and private houses. In fact, they gave up the possibility of their own salvation so that no one would perish on earth. Little more than a minute passed from the moment of the emergency to the plane crashing. Shocked local residents immediately reported the incident to emergency services. Several firefighting crews worked at the scene.
On the same day, the Investigative Committee opened a criminal case in connection with the plane crash. At the scene, experts began to work to establish the circumstances of the incident. On May 20th, the inspection was completed, witnesses and servicemen at the airbase were questioned, a number of necessary expert investigations were appointed.

On the day the decoding of the flight recorders began, the whole country was shocked by the courage and dedication of the pilots. On May 20th, a Defence Ministry spokesman said that the emergency situation with a military aircraft had occurred over the airfield.

Major Nichiporchik managed to report the incident and received the command to eject. However, the crew disobeyed, the lives of other people were more important to them at that moment. 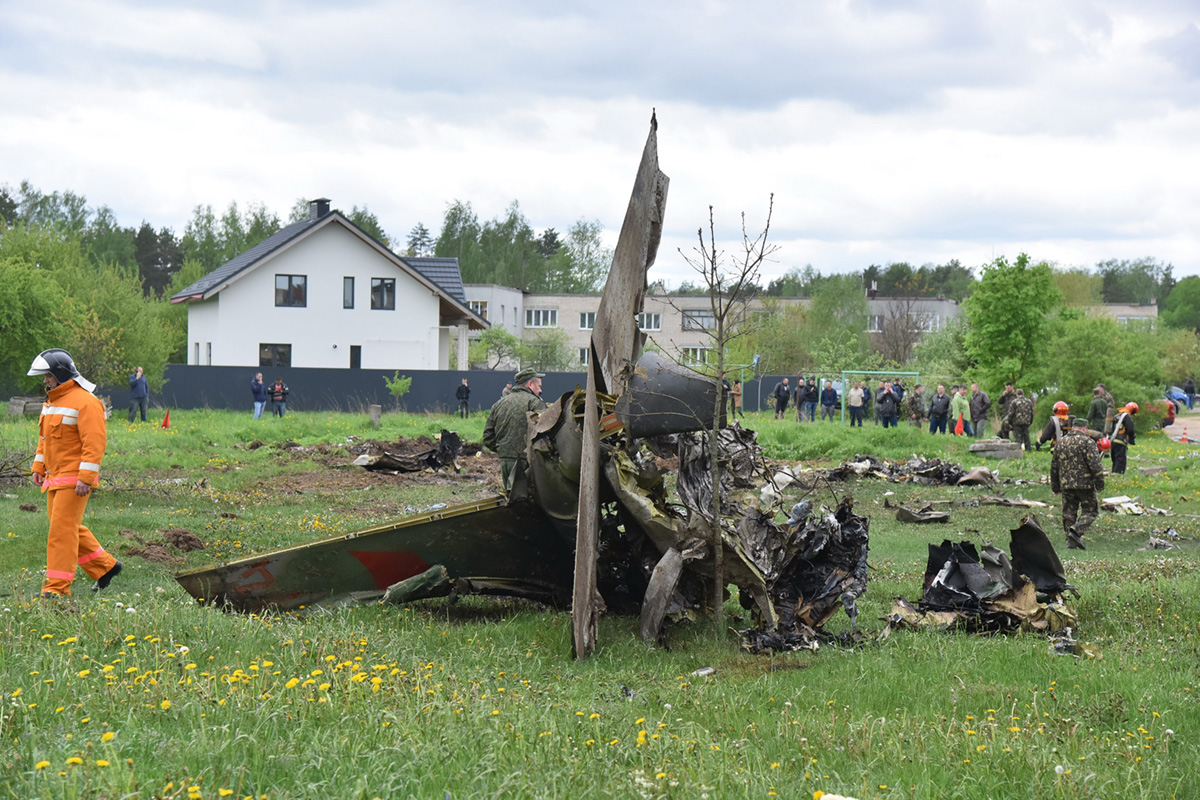 PHOTO BY BORIS NOVOGRAN
Igor Golub, Chief of the Air Force and Air Defence Command of the Armed Forces, said,
“The crew, after the emergency occurred, reported to the flight supervisor about the failure of the control system. In this situation, according to the guidance documents, the crew is obliged to leave the plane: to eject. The flight supervisor gave the command at least ten times ‘Eject! Catapult! Jump!’ At this time, the plane went into uncontrolled movement, and its trajectory began to deviate to the left, that is, towards the city. The crew didn’t leave the plane, they continued to fight and managed to switch to the backup control system. This made it possible to stabilise only the direction of flight, and the crew managed to change the direction, but not the altitude, which continued to fall rapidly. At an altitude of about 50m, the crew managed to align the direction of flight with incredible effort and direct the plane to that single point that was outside the residential buildings.”

How Belarus paid a last tribute to the heroes

The farewell ceremony was held with military honours to the deceased. Hundreds of people came to bid farewell to the hero pilots. They were carried, accompanied by a guard of honour, through the living corridor. Andrei Nichiporchik was buried in Lida. The body of Nikita Kukonenko was sent home by air to the Polotsk District.
Defence Minister Viktor Khrenin expressed condolences to the families of the fallen pilots on behalf of the Head of State, as well as all servicemen of the Armed Forces, “The Armed Forces of the Republic of Belarus pay our last tribute to our heroes. What happened is irreversible, but the memory of the pilots and their heroism will forever remain in our hearts. The guys, at the cost of their lives, did not leave the practically uncontrollable plane and steered it away from residential buildings. Thus, the irreparable was avoided. 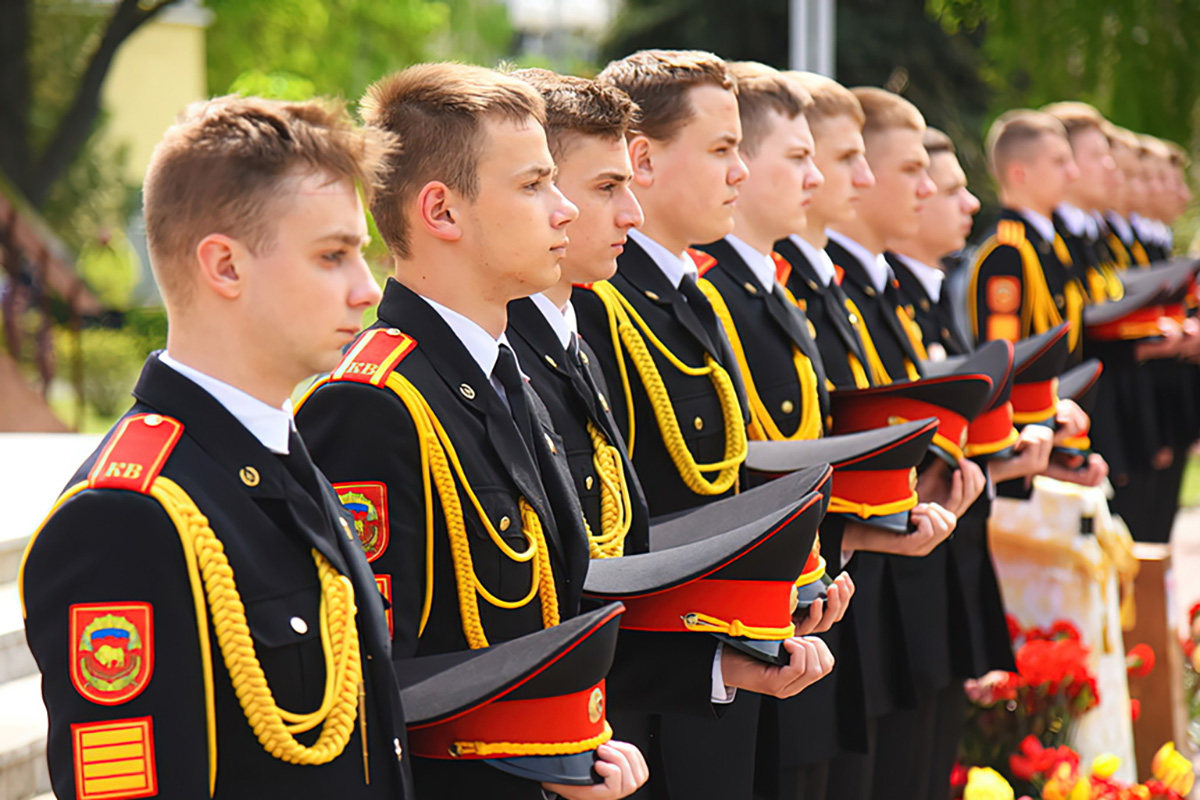 This act suggests that strong-willed and courageous people serve in our Armed Forces.”
Aleksandr Karev, Deputy Chief of the Air Force and Air Defence Command, expressed the opinion that the pilots made the decision to withdraw the plane and save people’s lives without saying a word,

“In this plane, if one ejects, then the entire crew leaves. You cannot make one pilot jump out and the other stay. This decision was joint. They did the best they could. There is no doubt that this is a heroic act. The pilots fulfilled their duty to the end.”

This tragedy shook the whole country. Eyewitnesses, local residents and those whom the pilots saved at the cost of their lives could not hold back their tears when talking about what happened. Sorrow and regret united the Belarusians around the misfortune, many tried to help the families of the deceased.

It seems quite symbolic that last Sunday, November 28th, was another anniversary of the birth of Vladimir Karvat, the first Hero of Belarus. The first class military pilot, lieutenant colonel, chief of air-fire training at the 61st airbase deployed in Baranovichi died on May 23rd, 1996, while performing a training flight, also taking the falling plane away from the village...