In fact, you shouldn’t cross the bridge until you come to it, as folk wisdom says, but this is a different case. The main barrier in the career of any chess player 15-year-old Minsk boy Denis Lazovik actually achieved the score for an international grandmaster on July 7th this year at a prestigious tournament in Baku. Officially, Denis still remains in the status of a master (there is paperwork, but very soon the official confirmation of this highest title from the FIDE office should come), which does not prevent us from stating an obvious and very pleasant fact: Lazovik became the youngest grandmaster in the history of Belarus, reaching this title at the age of 15 years and 7.5 months! By the way, like the outstanding Robert Fischer. The former Belarusian record of Sergei Zhigalko (17 years and 8 months) was shifted by more than two years. 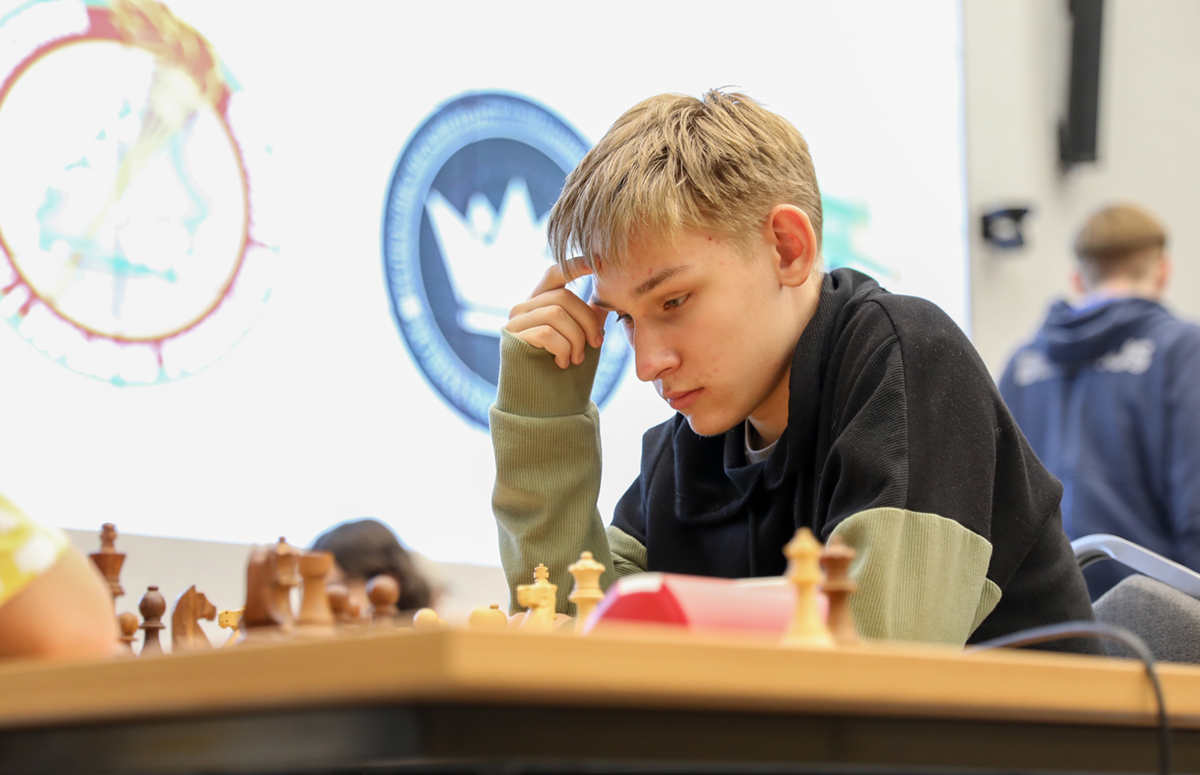 The world moves forward with the speed of a comet. Sometimes you just want to grab onto something with your hands and hold on tight so that it is not blown away from the surface of the Earth by an oncoming flow of unstoppable time. So soon we will come to the point that children will learn computer literacy from the cradle and will learn programming before the word ‘mother’, and children from elementary school will become the chess world champions. Jokes aside, previously, meeting a grandmaster at the age of 14 was the greatest rarity! Only four such unique people were born for the entire twentieth century. Today, the number of child prodigies has increased markedly, with more and more 12-year-old boys becoming grandmasters. And here, too, the progress is stunning! 20 years ago, the then-absolute record was set by Sergei Karyakin, who completed the grandmaster norm at the age of 12 years and 7 months! A year ago, the already middle-aged Russian (Karyakin turned 32, and by today’s standards he is a real veteran of the chess front) was outsmarted by another prodigy — an American kid of Indian origin Abhimanyu Mishra (12 years 4 months and 25 days). And there would be nothing supernatural in this (progress is progress!), if the little kings of big chess had not become the norm today: there are already five 12-year-old grandmasters in the world, and the top 50 of the youngest includes primarily guys under 15 years old. Crazy paced acceleration! 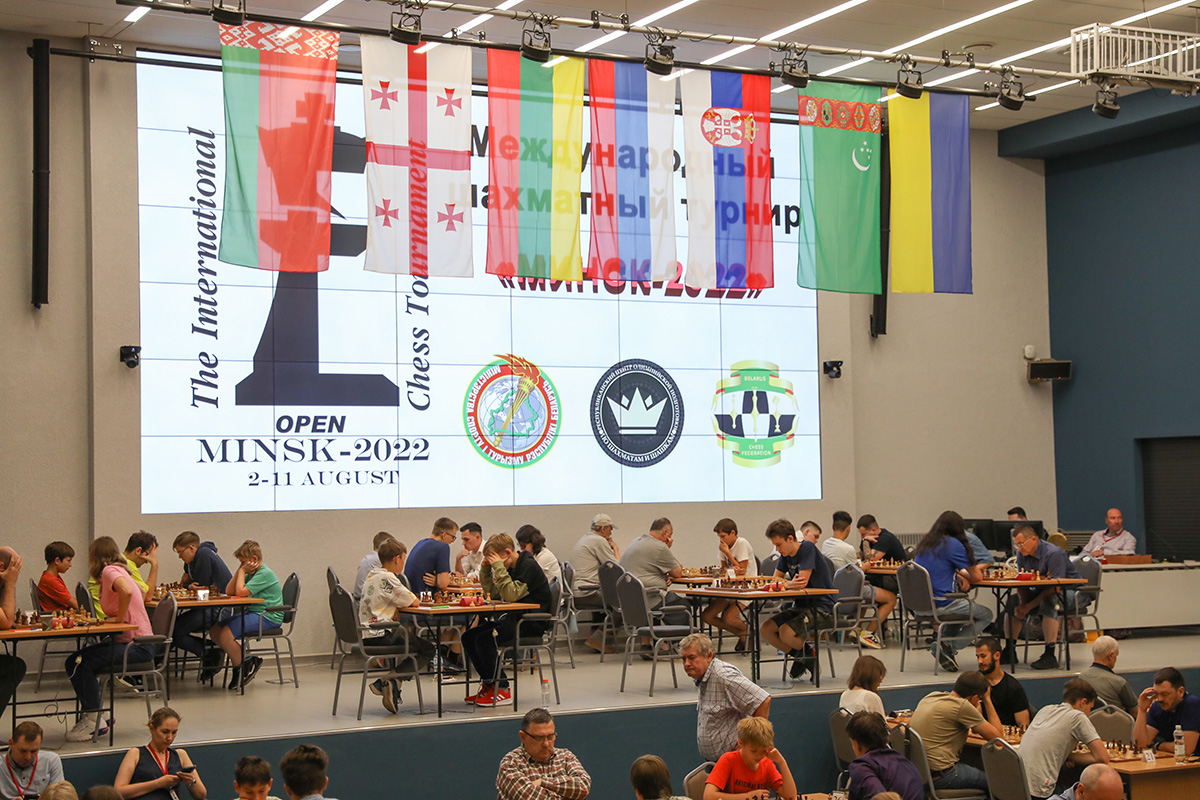 We once talked about this with our famous coach, one of the best chess theorists in the world, who has been living in the USA for a long time, Albert Kapengut. Albert Zinovievich recalled in passing the following story, “Sergei Karyakin was Ruslan Ponomarev’s second in the championship match with Vasily Ivanchuk. He was only 12 then! And in 1965 I could have become Mikhail Tal’s second in a duel with Boris Spassky, but at the last moment they decided that I was too young — only 21 years old! Chess has become much younger…”
The first official world champion, Wilhelm Steinitz, took a serious seat at the board only at 23. The chess biography of the second chess king, Emanuel Lasker, began when he was a student. The famous José Raúl Capablanca did not show himself in the game until the age of 18. Perhaps only Alexander Alekhine can be called the first child prodigy: he got acquainted with chess at the age of 7, became seriously interested at 12, and at 16 won the Moscow amateur tournament. Max Euwe knew how pieces move at the age of four, at 10 he played in tournaments, but only at 20 he became the champion of Holland. Mikhail Botvinnik learned to play at the age of 12. At that age, a beginner will not even be accepted into the chess section. Vasily Smyslov became a prominent figure at 17, and the brilliant Mikhail Tal achieved his first truly major success at 21. Of all the world champions of the second half of the 20th century, Bobby Fischer was perhaps the closest to prodigies. At the age of 12, he successfully played in the masters tournaments, at 13 he became the US champion among juniors, and at 14 among adults. At 15, Robert was the youngest grandmaster in the world at that time, and at 16 he claimed the crown.
“Of course, computers have made their contribution to the process of chess rejuvenation,” we return to our conversation with Albert Kapengut. “But not only them. Now everything has become much more professional. Chess is accelerating not only in terms of age, but also in terms of the intensity of work. The current prodigies are very different from their peers. The intensity with which they work makes a difference. I have always felt sorry for the girls from rhythmic gymnastics, who do not see the light of God because of constant training, and at the age of 18 they are already considered veterans. Something similar is happening in chess today. There is an overproduction of strong chess players. And that’s the problem. While in Soviet times chess could provide a decent standard of living, now the task has become much more complicated.”
The name of Denis Lazovik was first really heard by chess Belarus in the summer of 2017, when a 10-year-old kid became the world blitz champion in the age category under 12. After that, he not only tickled the nerves of our best grandmasters on a regular basis, but also beat them, once forcing even Boris Gelfand to capitulate! Lazovik quickly burst into the cohort of the best chess players in the country, demonstrating a mature character, a sharp mind and a convincing adult game. It is gratifying that this guy is not the only talent on our current chessboard: a whole galaxy of very strong and ambitious masters is growing up. The international tournament Minsk-2022, which brought together 156 participants from seven countries of the world, once again confirmed that our former young pawns look more and more confident and continue to persistently move towards the title of future kings.