An extensive programme of scientific research and development at the station in Antarctica: Aleksei Gaidashov tells us about the tasks of the upcoming polar expedition


The main vanguard group of the 14th Belarusian Antarctic expedition, prepared by the National Academy of Sciences, recently set off for the harsh continent. Polar explorers will not only engage in scientific research, but also continue working on the development of the infrastructure of the Belarusian Antarctic station. The scientists completed the creation of its first stage during the last expedition. The international inspection of our station has already noted its high manufacturability, safety and commitment to scientific research. On the eve of the event, the head of the Belarusian Antarctic expeditions, Aleksei Gaidashov, shared the details.

The 14th Belarusian Antarctic expedition includes eleven people, many of whom have already been to Antarctica.
“The participants began their preparations in September,” says the head of the 14th Belarusian Antarctic expedition, Aleksei Gaidashov. “They were vaccinated against COVID, trained in labour protection and undertook additional courses in related specialties — slinger, air vehicle operator, first aid treatment, fundamentals of health and safety and others.” 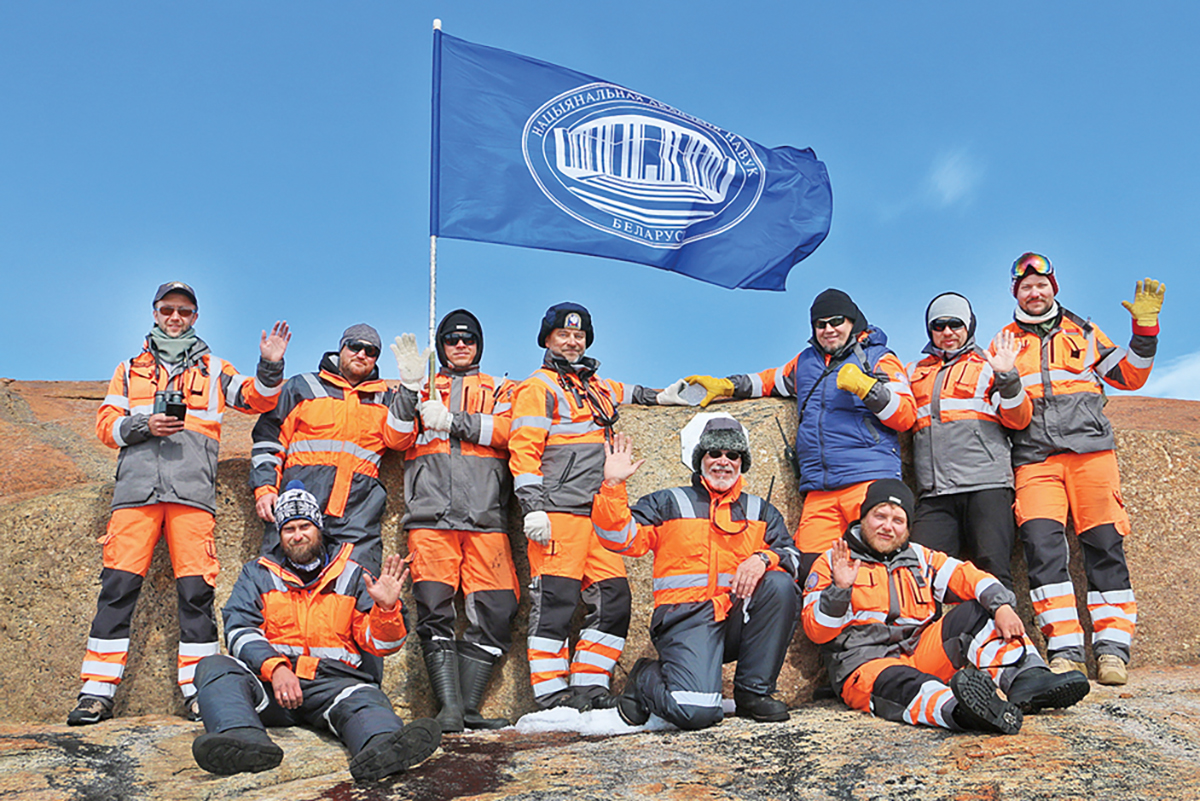 The 14th Belarusian Antarctic expedition includes eleven people, many of whom have already been to Antarctica
Photo courtesy of the Republican Centre for Polar Research

Deputy Head for General Issues and Logistics at the Republican Centre for Polar Research, Igor Pilshchikov, tells us about the route, “The composition of the expedition is divided into two groups. The main vanguard group of eight will travel to Antarctica by air. On November 19th, they flew to Cape Town. In the South African capital, as required by international sanitary protocol, the polar explorers will have a two-week quarantine in complete isolation. 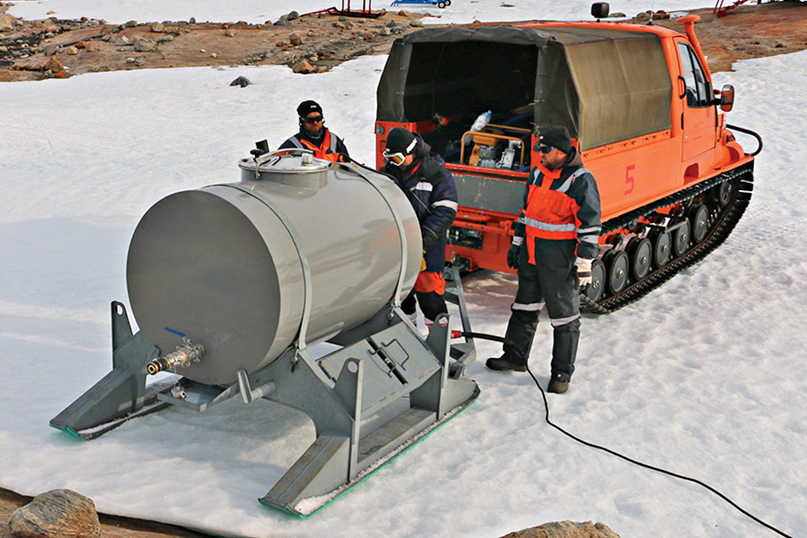 In total, the station has four snowmobiles, a tracked ATV and a light tracked all-terrain vehicle. A brand-new snowcat will be added to the fleet this season.

Only after that, on board the IL-76 aircraft, with the necessary cargo and scientific equipment, will they fly to the Russian Antarctic station Novolazarevskaya. From there, by a small BT-67 aircraft, as soon as the weather permits, the researchers will fly to the base of the Belarusian station near Mount Vechernyaya. This will happen approximately on December 7th-8th.
The second part of the team will get to Antarctica by sea. In early December, the remaining members of the expedition will leave St. Petersburg on board the Russian scientific expedition vessel ‘Akademik Treshnikov’. They will stop at the German port of Bremerhaven where they will receive the logistical support for their expedition. We are talking about a multifunctional snowcat capable of carrying various types of suspensions and able to assist in various tasks: from clearing snow drifts and preparing runways to transporting bulky heavy loads. Replenishment of the park with new equipment will significantly expand the research area and facilitate the work of the expedition in difficult polar conditions.

The scientific programme for the coming season is extensive, with polar explorers being engaged in a complex of scientific research under the programmes of the Academy of Sciences. These include ground-based and satellite-based atmospheric monitoring, ozone layer studies and satellite measurements for the benefit of the national space programme. The results of studies of the impact of human activities on the Antarctic environment and the study of biological diversity promise to be no less interesting. Research will be carried out both with the use of ground-based, remote measuring instruments and with the use of drones and space satellites, including with the help of Belarusian-made instruments. 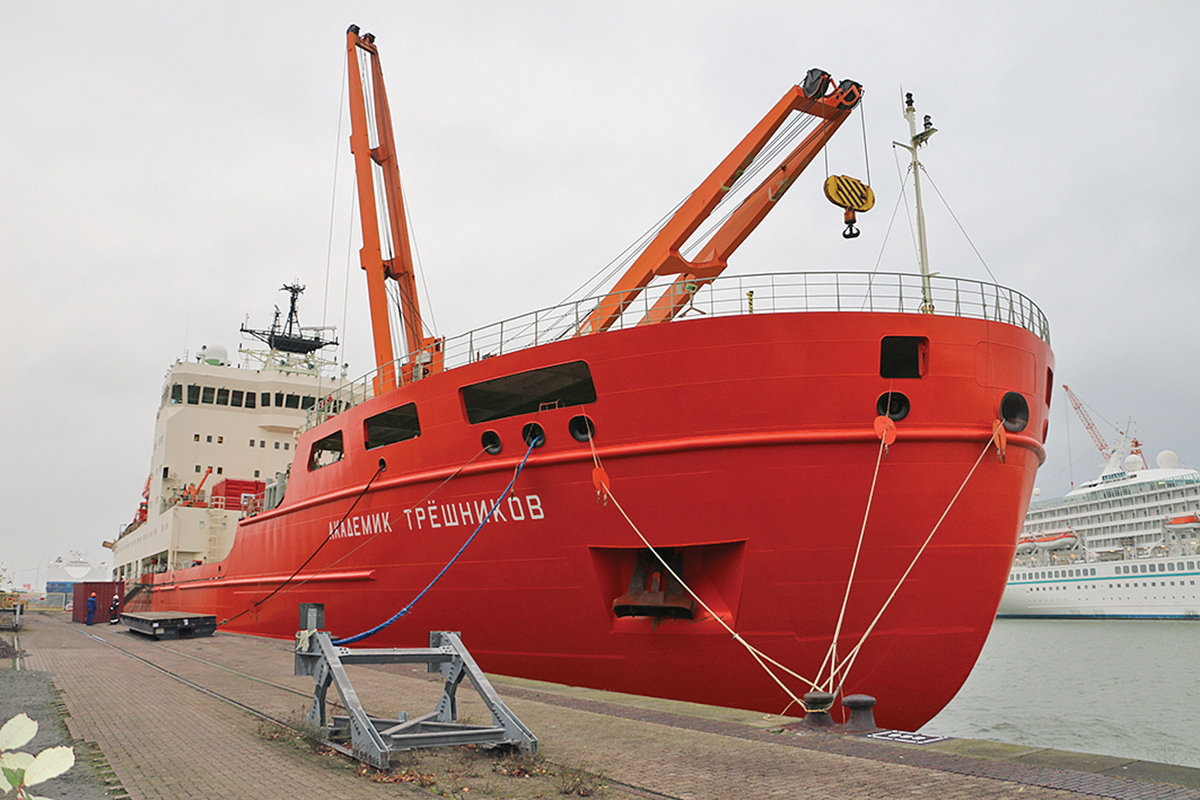 The second part of the team will get to Antarctica by sea
One of the experiments will be carried out jointly with the Institute of Physiology at the National Academy of Sciences: they will test new orthopaedic inserts specifically for the shoes of polar explorers. Another experiment is to be conducted jointly with the Scientific Research Centre for Foodstuffs at the National Academy of Sciences of Belarus. It concerns the influence of unfavourable weather factors on the quality and nutritional value of various food products during their long-term storage in Antarctica.
The expedition members will test experimental dry starter cultures and concentrates of fermented milk mixtures — lapper milk, yoghurts and even dry ice cream. The expedition also includes a cook whose task is to provide polar explorers with a balanced and healthy diet, taking into account a limited range of products.
In addition to the main scientific programme, the polar explorers will take part in the implementation of two international scientific projects: it is planned to jointly collect cores of bottom sediments in freshwater lakes with a German expedition in order to reconstruct the geological history of the development of this continent and an environmental protection project with Turkey.


With a residence permit

Polar explorers completed the creation of the first stage of the Belarusian Antarctic station. It consists of several sites. The largest is an eight-section laboratory-living module. Alongside three laboratories, it includes a surgical and outpatient section, living quarters, a bath complex and a laundry. The second is a three-section communication and navigation module. The station also has garage boxes with all the necessary equipment and a refrigerator module for storing deep-frozen products with a view to wintering. 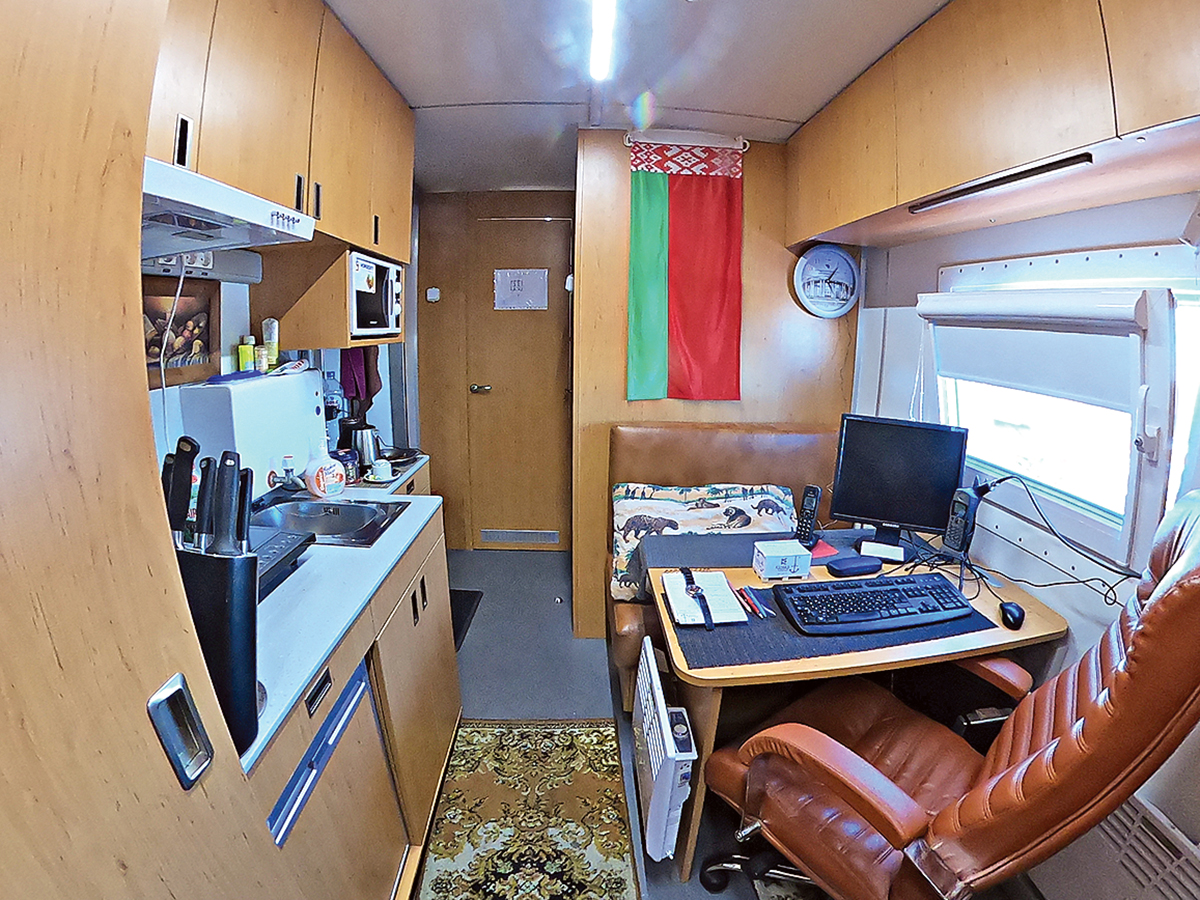 There are technological means of power supply, including a new complex of diesel power plant that provides the station with electricity. Moreover, each module has autonomous heat supply sources.
An incinerator installation has appeared at the station — equipment for the disposal of solid household waste and food waste. A press for crushing metal waste has also been installed, capable of compressing a cubic metre of metal waste to a cubic decimetre, thus enabling to save on waste transportation.
Another innovation is a modern satellite communication system that will provide access to the Internet and IP-telephony. The new satellite system Vsat will enable polar explorers to quickly transmit large amounts of scientific information to the Academy of Sciences and international scientific organisations while also participating in various online conferences, and — if necessary — using the capabilities of telemedicine.
The polar explorers plan to stay in Antarctica until mid-April. They will then be evacuated to Cape Town aboard the Russian ship ‘Akademik Fedorov’. The arrival of the staff of the 14th Belarusian Antarctic expedition to Minsk is scheduled for mid-May 2022.