In his talk with Sputnik. Belarus, Foreign Minister Vladimir Makei said Belarus is much interested in settlement of the Ukrainian conflict – as informed by the Belarusian Foreign Ministry 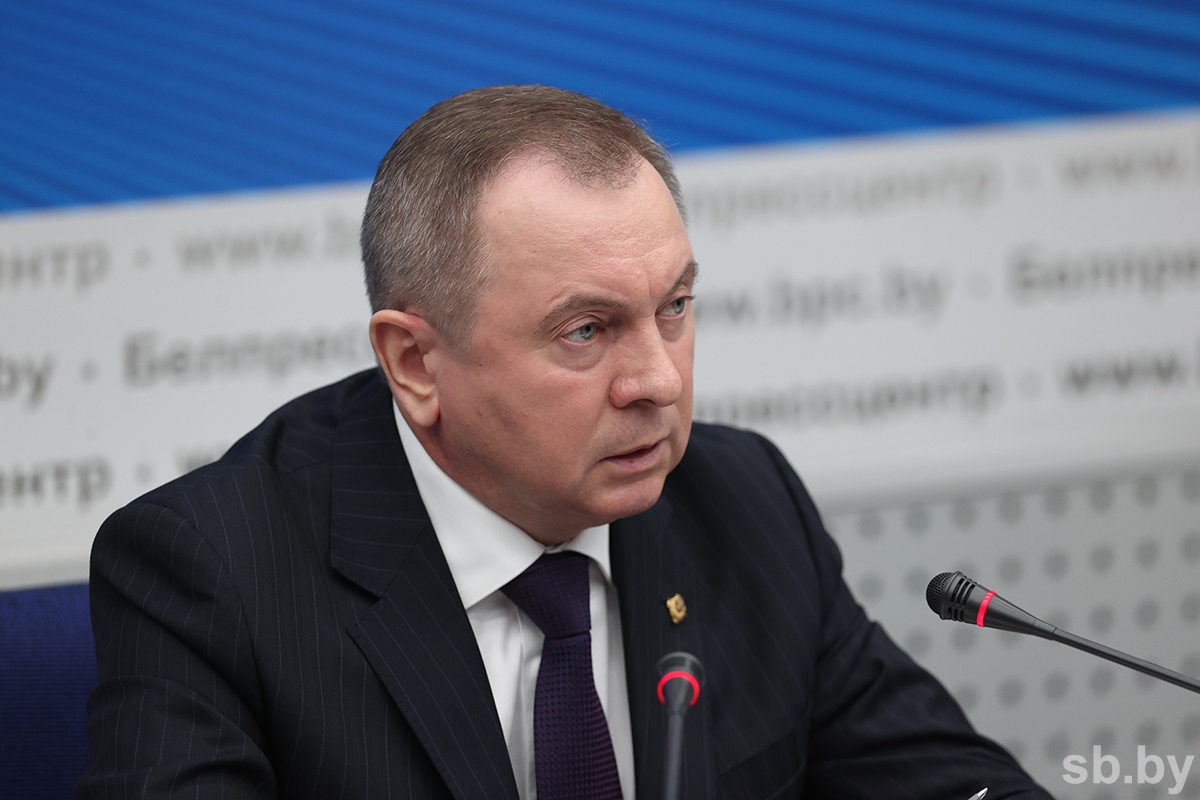 When asked of whether he thinks that the geography of this conflict can be expanded to the territory of Belarus, Mr. Makei stated that nobody can today say for sure what might happen – ‘since virtually everything can be expected from the currently observed irresponsible policies of Western countries, ranging from the build-up of weapons on Belarus’ western borders to sending of these weapons to Ukraine’. “At the same time, they (Western countries) claim that they are allegedly trying to help Ukraine. In reality, they are simply adding fuel to the fire and, accordingly, inflating the conflict. Therefore, no one can say what may happen in the future, no one is immune from anything. Hypothetically, anything can happen. Meanwhile, I am an optimist, and I am convinced that people, politicians will have enough wisdom not to bring the situation not only to a regional, but also to an international large-scale conflict that will drag many states into the abyss,” Belarus’ Foreign Minister stated.

“As for Belarus, we are absolutely not interested in such a development of events, and we are ready to do everything to prevent military development of the conflict. Nevertheless, we must be realistic and realise what is happening. With this in view, the leadership of Belarus has made a number of military decisions, including strengthening of the southern border and ensuring of a larger-scale cover of the western borders – taking into account the NATO groups stationed on our western borders. I want to assure you that the leadership of Belarus is absolutely not interested in further development of a military aspect of this conflict. Therefore, we intend to do everything possible to resolve all such issues diplomatically. At the same time, we should be ready for any development of events,” Mr. Makei added.

Commenting on Polish MP Radoslaw Sikorski’s recent proposal to return nuclear weapons to Ukraine, the Belarusian Foreign Minister said that many irresponsible statements of the kind have been made recently by Western – including Polish – politicians. This refers not only to Ukraine, but also to Belarus. "The main problem is that people have forgotten how to objectively, adequately assess the situation for whatever reason,” he said.