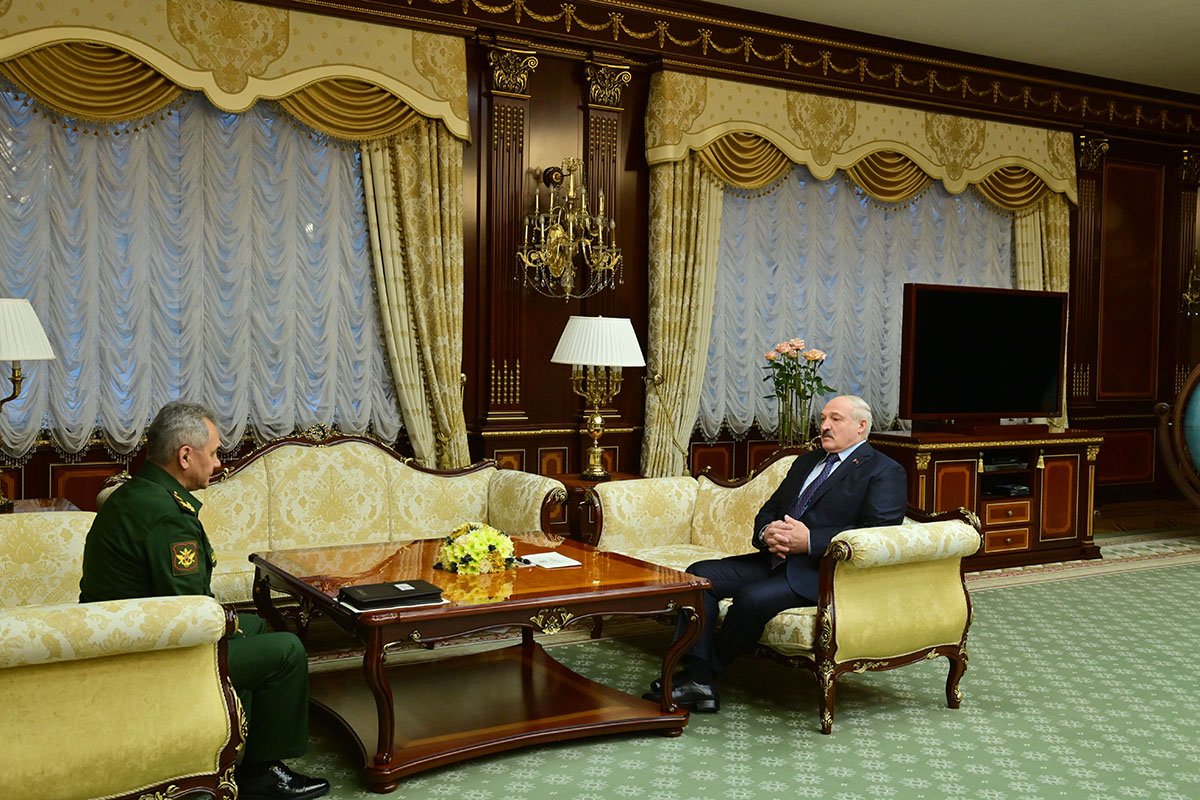 "I think the Belarusian Defence Minister has already told you about the situation in Belarus, about the training and combat co-ordination of the units of Belarus and Russia that are present in Belarus. I should admit that we have seriously approached the matter. Both our officers and yours are training the guys – Belarusians and Russians – so that, if necessary, our defenders of the Union State could repel any aggression," the President said. “[Joint work involves] medical first aid kits, uniforms, weapons, and so on. There is no division: we are training today as a single group, a single army. Everyone knows about this, and we have not made secret of this. Actually, it is impossible to hide anything in our modern world.”

"Actually, all is being done as agreed with the President of Russia. You are not just fully aware of this: you are implementing this jointly with our Defence Ministry. We are fulfilling our plans in this regard," Aleksandr Lukashenko said.

The Head of State stressed that he was not going to frighten anyone, and commented on the opponents’ readiness to resolve the situation. "I am not going to scare anyone here, and neither are you. Everyone is already scared, but if they want us to live peacefully in our region, without looking at how it is viewed from across the ocean, then both Russia and Belarus are ready for that. If they want to fight to either the last Ukrainian, the last Pole or the last mercenary, well, this is their right. So far, neither I, nor our special services see that they are ready for full-fledged negotiations and reasonable agreements,” the President said. “They see, in our opinion, how to continue the war. In this case, the special operation will not stop, and you probably know this better. We will exchange opinions. In short, we will do everything that Belarusians have to do under an open, real agreement. You should have no doubts about that.”

"We are not hiding in the shadow, and we have openly declared our position. Neither you nor we wanted a war, and we do not want it. Recently, the then president Poroshenko [former Ukrainian leader Petro Poroshenko] stated (and you probably saw that) why he needed Minsk’s negotiations in 2014, and so on. It turns out that he was preparing for a war. So why are they accusing us… Well, he was preparing for a war, and they are now facing the consequences,” Aleksandr Lukashenko added.

The Head of State recalled that he had a telephone conversation with Russian President Vladimir Putin, “He called me yesterday [on December 2nd], and we discussed the situation around Belarus and Russia for a very long time. He said that you will come, and we will continue that discussion – elaborating a unified position on our further actions to protect our territorial integrity."

In turn, Sergei Shoigu thanked the Belarusian side for the hospitality, primarily in relation to the military, who stay in Belarus as part of a joint regional grouping of troops. "They really feel at home here. The local hospitable people and, definitely, the military are doing everything to ensure greater cohesion and stronger combat co-ordination," he said.

"Therefore, thank you, Aleksandr Grigorievich. I have come with the best wishes from our President. I am ready to discuss the topics you talked about over the phone, at the last meeting," the Russian Defence Minister added.