The new Nazism is no longer just raising its head, it has stood up to its full height – as stated today by the President of Belarus at a solemn meeting in the Palace of the Republic dedicated to Independence Day 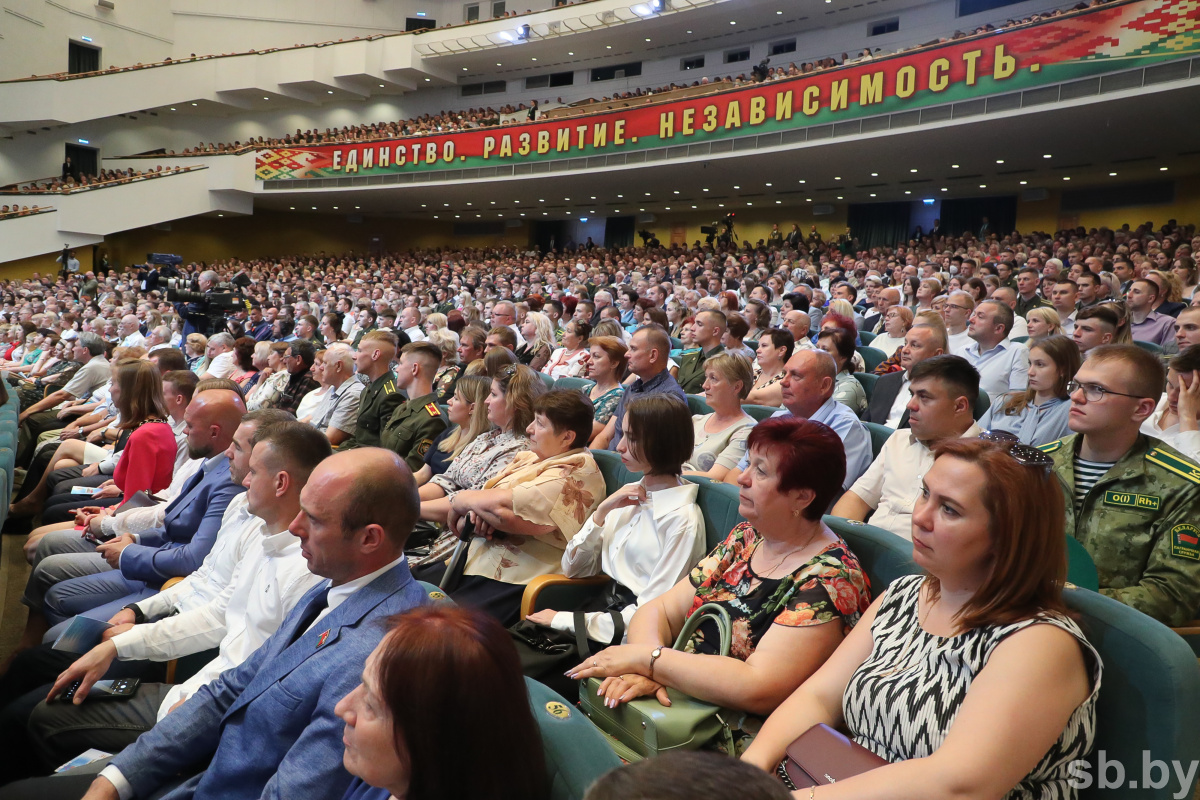 “Independence Day for us is a memory of the most important historical lesson,” underlined Aleksandr Lukashenko. “This is a date that not only brings us back to the events of the Great Patriotic War, but also teaches us to appreciate what has been done by post-war generations and our contemporaries nowadays.”

The Belarusian Head of State drew attention to the fact that Belarus’ independence is an opportunity for our friends to come to Belarus without red tape, where there are no empty shelves in stores and there are no food stamps for the poor, where there’s no need to give up heating in winter and save on water and fuel, as throughout the European Union.”

“Who there, in the West, likes our independence? Definitely not those who are already paying with their lack of freedom in choosing the elementary goods of life, who are paying for every new package of anti-Belarusian and anti-Russian sanctions, for every new shipment of weapons to Ukraine, for all the exorbitant ambitions of political elites, obsessed with an old idea to wipe the Eastern Slavs from the face of the earth and to destroy the memory of the unconquered Soviet people. Therefore, we must face the truth: the new Nazism is no longer just raising its head, it has stood up to its full height. We see it in the geopolitical appetites of our Western neighbours, who eagerly look at the Belarusian and Ukrainian border territories. They are not even shy to openly talk about possible annexation.”