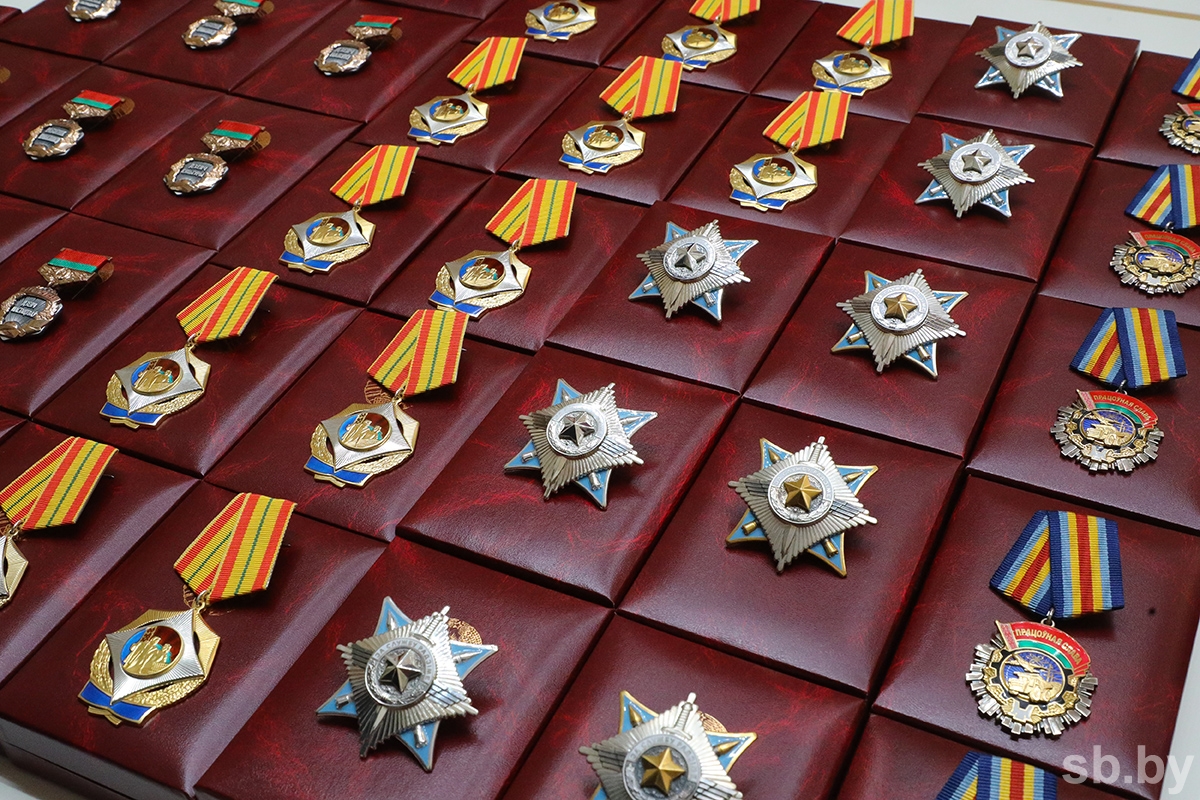 Aleksandr Lukashenko noted that all those present deserved the warmest congratulations, but he particularly noted a man ‘representing the military generation’ who also participated in the Afghan war: Nikolai Cherginets. He was awarded the title of People's Writer of Belarus, and the Head of State commented, “He has written fascinating works, many of which have been translated into a dozen and a half languages of the world and have become the basis for feature films and performances. We wish him good health and longevity for his active civic position, state and scientific activity, and for his assistance to young talents. We would like to see and hear your heroes in the near future. They are all around you, so choose.”

According to Aleksandr Lukashenko, these are primarily those who guard the state border, “You are now literally on the front line, on guard of peace and tranquillity.”

Aleksandr Lukashenko stressed that representatives of other troops of the Armed Forces perform no less important function, “Among them are those who protect our airspace, provide communication, deal with machinery, and much more. Each soldier, sergeant, warrant officer, officer and general is important in the Armed Forces.”

The Head of State added that there is unfortunately unrest in the south of Belarus, while NATO troop grouping is being increased and strengthened in the west and in the north of the country. “We need to protect our country and our people at all costs,” Aleksandr Lukashenko emphasised.

The Belarusian leader also expressed great gratitude to employees of the state security agencies, prosecutors and judges, “The observance of law and order depends on you. There can be no sovereignty without this strong foundation.”

According to the President, it was pleasant to see among those who received awards the heads of two agricultural enterprises of the Grodno Region: Sergei Kremko and Vasily Gustyr. These men continue confirming that they are one of the best in Belarus.  I have already mentioned that grain is a new gold or oil under modern realities. The demand for food in the world is enormous at present, and I am convinced that our farmers will meet our expectations.”