As is traditional, the President of Belarus, Aleksandr Lukashenko, has taken part in the Victory Day celebrations on May 9th, BelTA reports 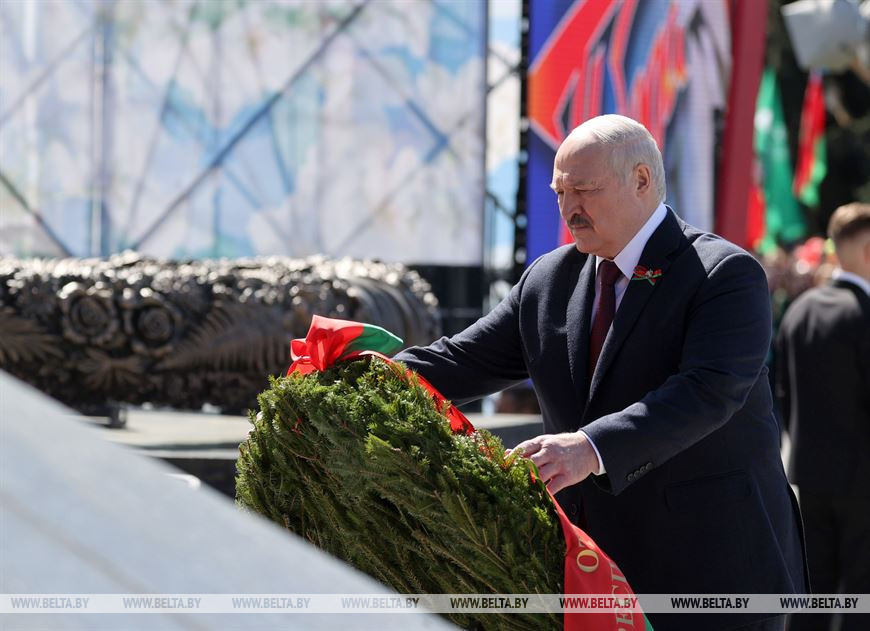 The Head of State laid a wreath at the Victory Monument in Minsk.

Aleksandr Lukashenko was accompanied by his three sons.

Wreaths and flowers from representatives of state administration structures, the National Assembly, the judiciary, law enforcement agencies, public associations and political parties, the diplomatic corps, veterans, and the clergy were also laid down at the monument. Aleksandr Lukashenko and all those present at Victory Square honoured the memory of the fallen heroes with a minute of silence.