Today, on Independence Day of the Republic of Belarus, President Aleksandr Lukashenko laid a wreath at the Mound of Glory memorial complex and then delivered a speech to the audience 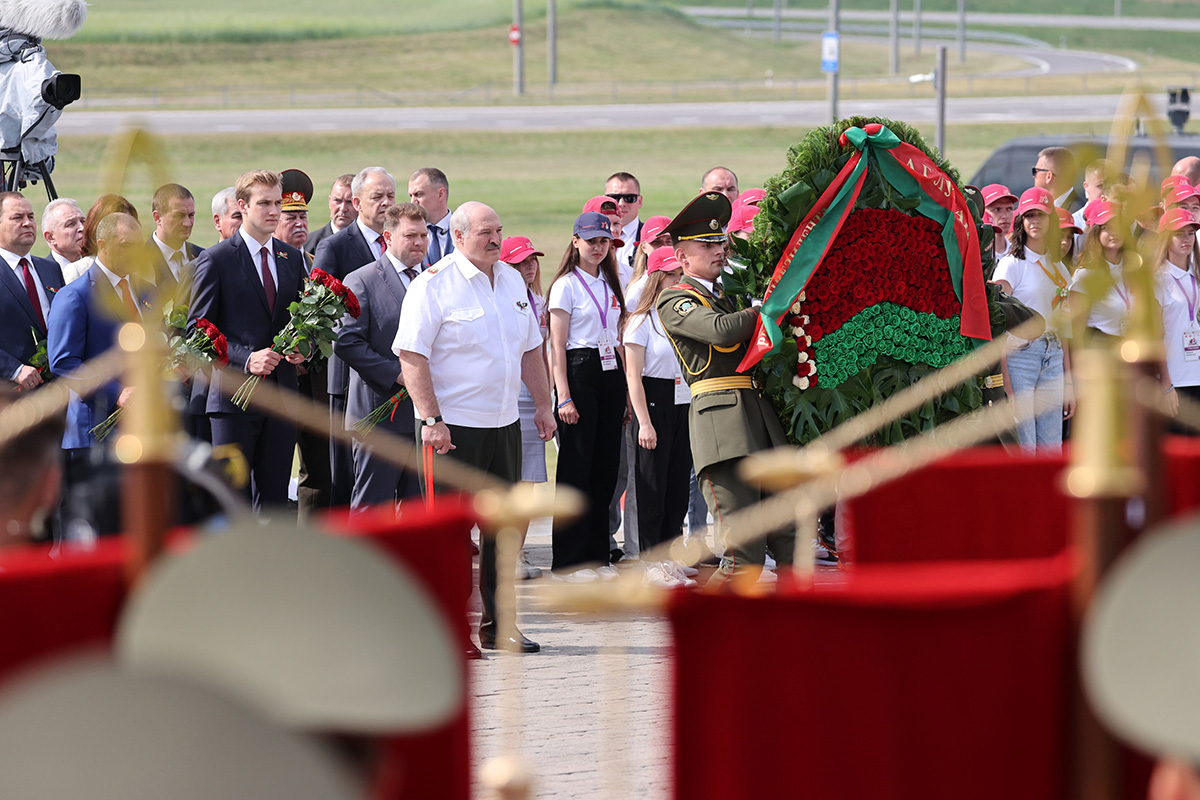 Veterans, members of the public, politicians, athletes, labour teams, as well as schoolchildren from Belarus and Russia, travelling along the Memory Train route, take part in the festive event near the Mound of Glory.

On the territory of the memorial site there are several thematic interactive platforms dedicated to historical topics, as well as the achievements of the sovereign Republic of Belarus.

Moreover, ‘For Courage and Fortitude during the Great Patriotic War’ pennants were presented for the first time at the Mound of Glory, marking 27 settlements of our country.

The Mound of Glory was laid on September 30th, 1966, by representatives of the hero cities of Moscow, Leningrad, Volgograd, Sevastopol, Odessa, Kiev, the Brest Hero Fortress, military units, workers of the city of Minsk and the Minsk Region. It was opened on July 5th, 1969. The complex is located on the 21st kilometre of the Minsk-Moscow highway. It is situated on the territory of the Smolevichi District of the Minsk Region near the village of Sloboda.