During his Address to the Belarusian People and National Assembly, the Head of State outlined the essence of the programme of the fugitives 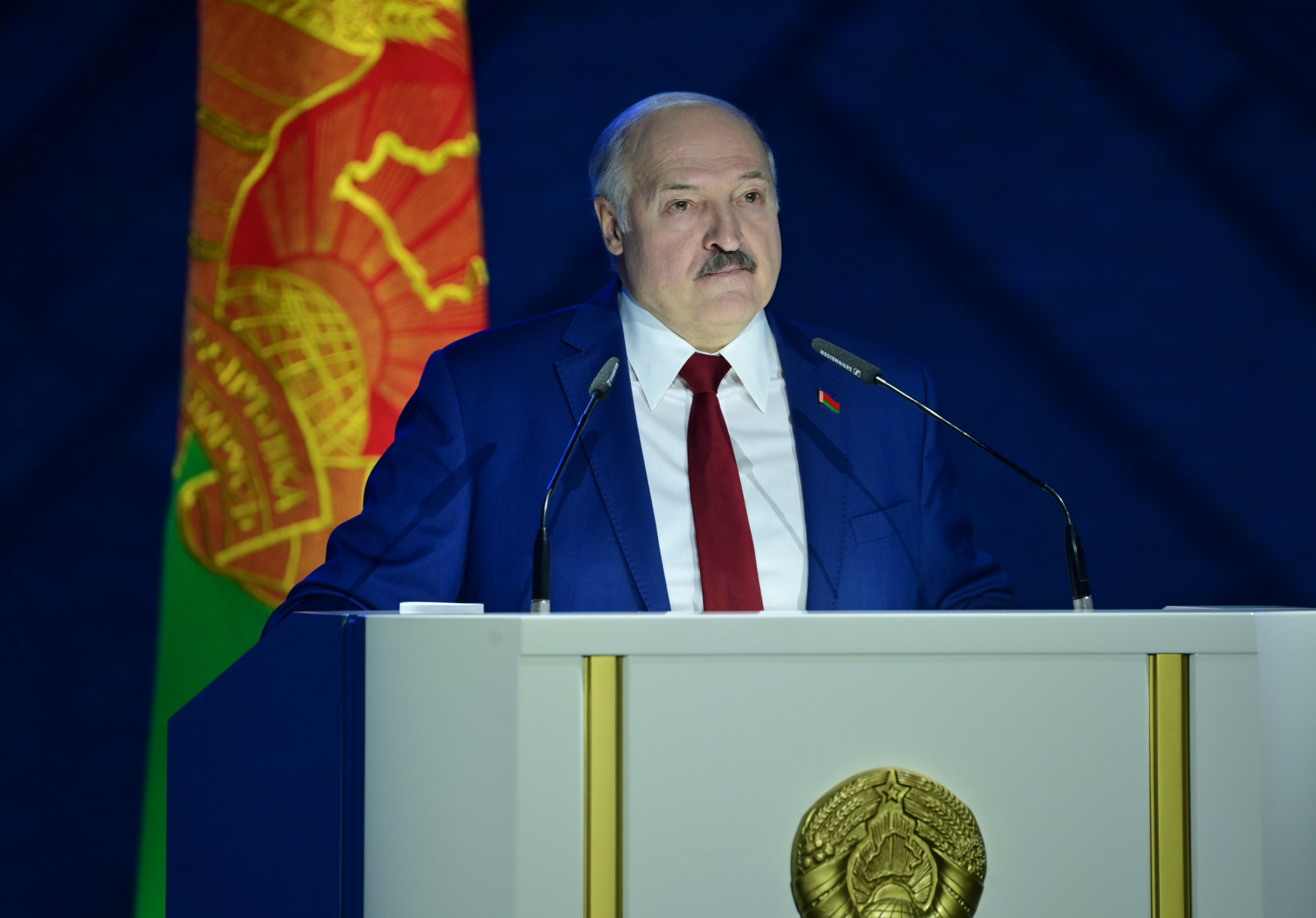 Aleksandr Lukashenko does not deny that there is a certain proportion of citizens in our country who would like a different form of government and structure, a different power, “This is normal: the state power is not the ‘President’ chocolate to be liked by everyone. They tend to always vote against. From election to election, this part varies to about 10 percent. You know this better than me. It is a considerable minority, and we will also take into account their opinion. We’ll consider and respond appropriately.”

But this, the Head of State noted, does not apply to those who want rampant banditry and anarchy. He invited the audience to imagine for a moment what could happen if, as a result of the so-called protest vote, the current ‘fugitives’ suddenly came to power, “In their programme, they wanted, under the guise of large-scale privatisation and development of the land market (as in Ukraine now), to carry out restructuring, partial and full privatisation of large and medium-sized enterprises, and in fact a controlled sale of farmland and industry flagships. Everything was shared! We already perfectly see to whom and under what conditions – to those who feed them today.”

The President named some more plans of the ‘fugitives’, “They suggested joining Belarus to the future system of liquefied gas supplies from the USA to Eastern Europe. There would be no fortune, but misfortune helped. What would it lead to? Look at current spot gas prices and a queue that lined up to meet American tankers... And in this situation, would there be a place for us, our Belarus, if there is not enough even for their own? They proposed to ‘optimise’ the number of institutions and employees in education and healthcare, to reduce the excess number of hospital beds. As a result, we would have received paralysis of the entire social sphere and mass mortality from various diseases.”

Aleksandr Lukashenko added that they pulled Belarus into NATO and offered to completely switch to NATO standards, sending the Belarusian military to educational institutions and centres of the Alliance member states, “This would lead to colossal expenditures on armaments and, ultimately, to missiles near Smolensk. Do you think Russia would calmly look at it? Moreover, they wanted to abandon the Russian language (our Russian language!), swear allegiance to extremist symbols, and organise a mass demolition of monuments. This would result in incitement of civil confrontation and rampant nationalism. You well remember that the same happened in the mid-1990s. They started with street name changes, and only the election of the first President put an end to this.”

Aleksandr Lukashenko noted that one of the points was also a church dissent – similar to the Ukrainian autocephaly, “Obviously, people wouldn’t put up with it and we’d end up with an ongoing conflict. A society as young as ours simply would not have survived such a devastating blow.”

The Head of State concluded that the above-mentioned facts confirm that everything that we have gone through and experienced is not spontaneous attacks on the authorities or the President personally, and not their emotional outburst, “This is a consistent and purposeful policy against the Belarusian statehood, our people and its future; against the founding country of the UN, a regional peacekeeper, an important link between the West and the East; against the country, which has not yet healed the wounds of the Great Patriotic War and which took on the bulk of the ashes of Chernobyl. This only confirms what I have repeatedly said before: the problems we are facing have a distinct external origin. If we – like some post-Soviet states – succumbed to the fever of the change of power, allowed hesitation in politics and ideology, then the uncontrollable dive would be unstoppable. Migration, disunity of the people, dysfunction of the economy, an increase in crime, and the decline of the welfare state would await us. We would live by the principle: whoever can – survive! And all this would be irrevocable, for centuries, if not forever!”