The President received with a report the State Secretary of the Security Council, Aleksandr Volfovich, Defence Minister Viktor Khrenin and the General Staff leadership, with focus placed on the security of the Union State, particularly, the plan of a joint military exercise of the Armed Forces of Belarus and Russia 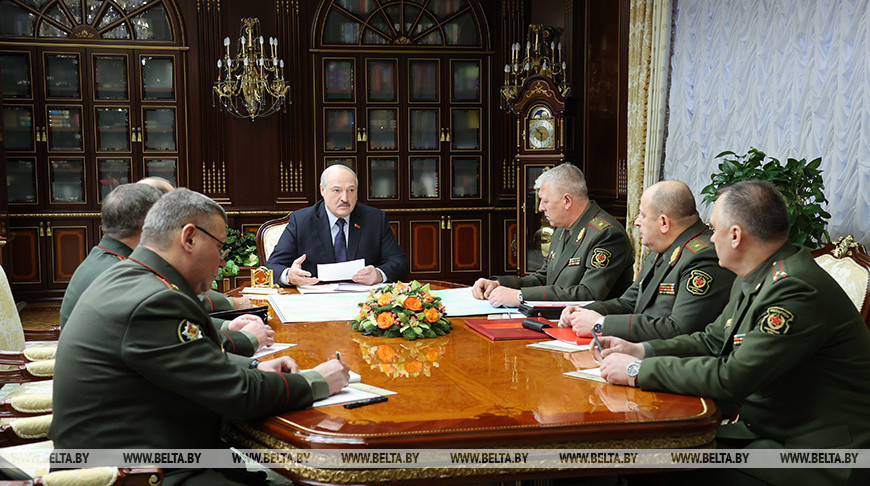 “According to the current data, more than 30,000 servicemen with equipment, weapons, and so on are currently concentrated in Poland on the border with Belarus and the Baltic States,” stated Aleksandr Lukashenko. “Moreover, Warsaw appealed to the leadership of the North Atlantic bloc with a request to deploy a multi-echelon system of logistic and technical support in this region. As military people, we immediately ask the question: why? Did they decide to fight the migrants with artillery, planes, helicopters, etc.? They decided to scare us. More than 30,000 troops have moved in, creating a multi-echelon defence. So, are they preparing for something serious? At least, for something long term.”

Moreover, Aleksandr Lukashenko added, there are from 8,000 to 10,000 US military personnel on a rotational basis in Poland and the Baltic States, “What are Americans to do here? Why do they reproach us, reproach Russia that we are carrying out some kind of manoeuvres, exercises, if they have come here so far from home. What will you do here? Some hotheads are already openly calling for war.”