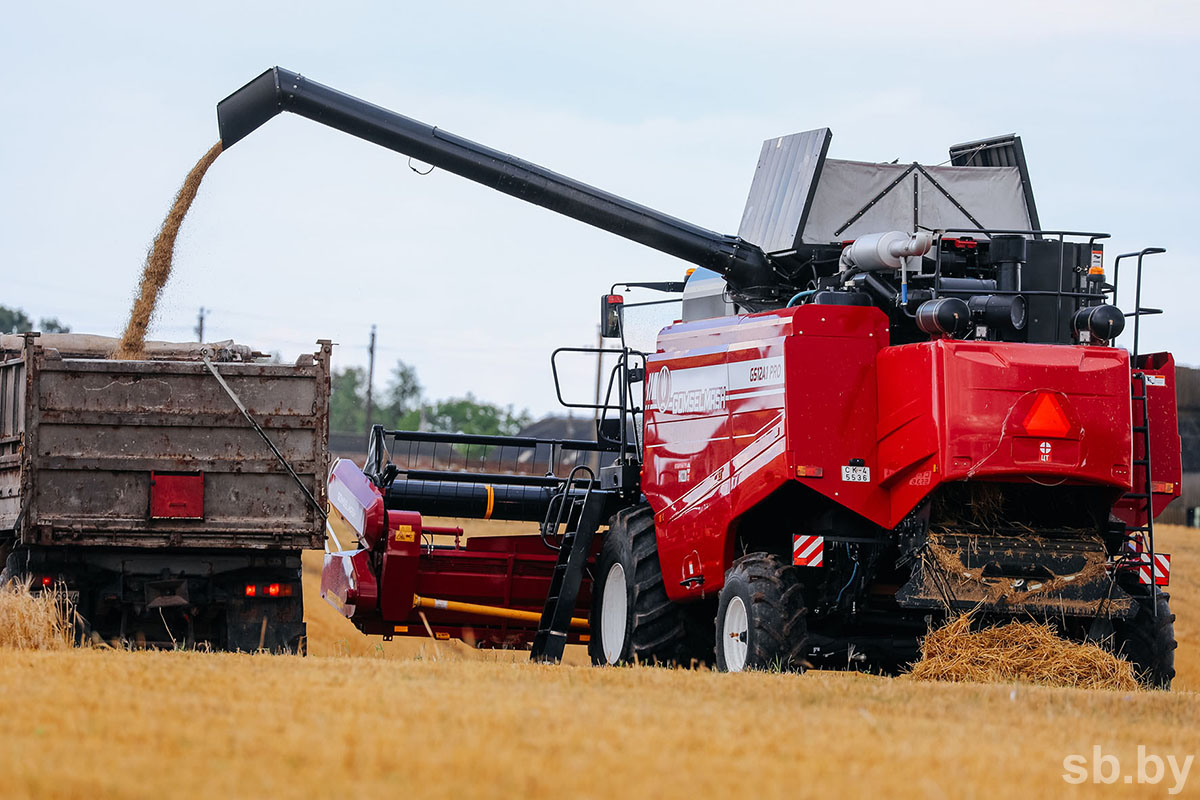 According to the Head of State, the gross harvest of grain (including rapeseed, corn and winter cress) will be about 10m tonnes – which is not bad. Aleksandr Lukashenko noted, “Due to the weather conditions, the pace of grain harvesting is still low. Harvesting of winter barley is nearing completion. The yield is pleasing (on average, it exceeds 50 quintals per hectare). It is necessary to pay more attention to this crop – by expanding the area and certainly observing the technology.”

The President added that all necessary assistance – such as fuel, equipment, and financial resources – had been rendered to villages. “Therefore, everyone – primarily, managers and machine operators – should perform to the best of their abilities. Otherwise, there will be losses – and this is unacceptable. Losses are fertilising the soil with money. The main requirements for the upcoming harvesting period are pace and quality,” the Belarusian leader stressed. “Discipline and responsibility must be at the highest level.”

As for the latter, according to Aleksandr Lukashenko, not everything is great – as reported by the State Control Committee and the Prosecutor General's Office. “Many company heads simply failed to prepare for the harvesting campaign, and the equipment did not even begin to be repaired in some organisations. In fact, every tenth harvester is not ready for work. We lack machine operators… Grain elevators and warehouses do not function everywhere,” the President stressed.

The Head of State added that facts of the kind had been registered in one fourth of all inspected farms. Meanwhile, false reporting on the readiness of equipment and grain drying complexes took place at 40 agricultural enterprises. “This is not just irresponsibility on the part of local authorities. This is food sabotage. That is how it will be regarded!” Aleksandr Lukashenko stated.

The President recalled that he had repeatedly instructed the Government and regional executive committees to put all machinery in order over the winter. In late 2021, he personally gave such an instruction to the Industry Minister. “Let us hear why my instructions have not been fulfilled," the Belarusian leader said.