The President of Belarus stated this during his talk with Dmitry Kiselyov, the General Director of Rossiya Segodnya international news agency, BelTA reports 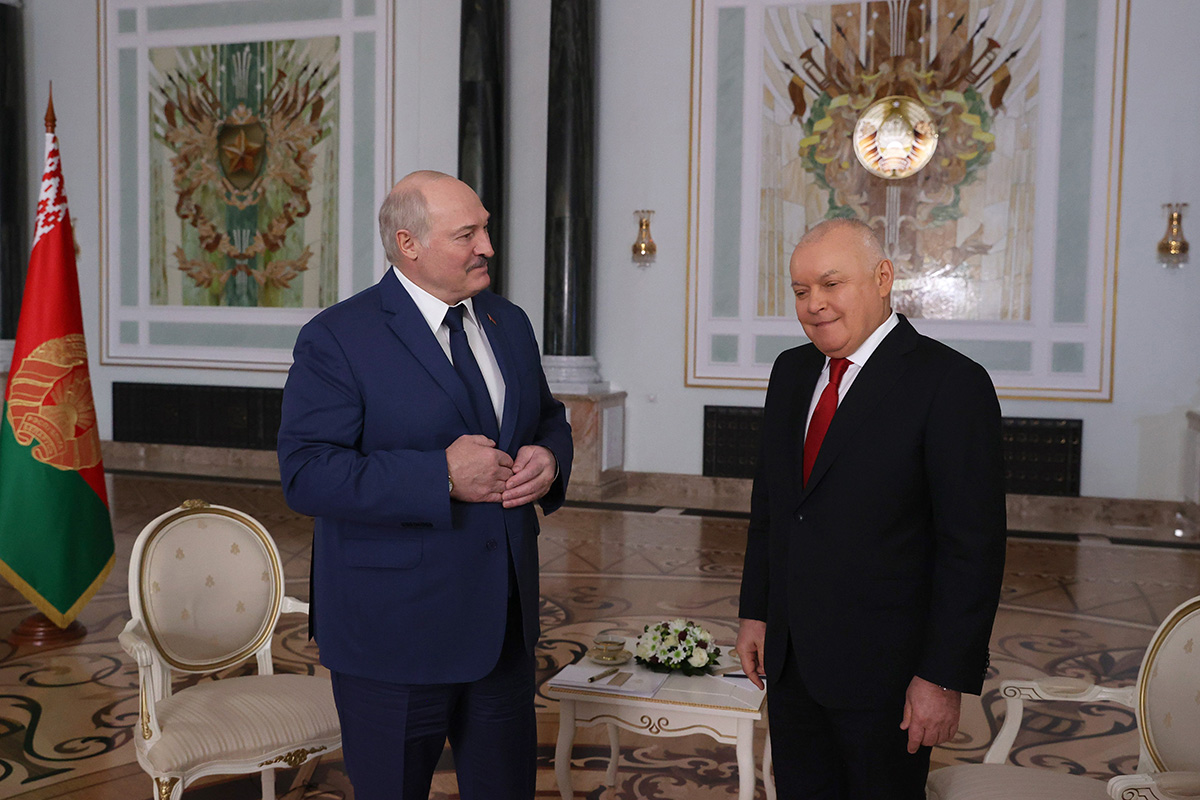 The Head of State also shared his plans to visit Crimea; an agreement with the President of Russia, Vladimir Putin, has been achieved on this issue. He would like to begin his trip – which dates are not yet determined – with a visit to Sevastopol. Aleksandr Lukashenko said that his arrival in Crimea would signify the recognition of the peninsula as part of Russia.

"Crimea is de facto Russian and, after the referendum, it became de jure Russian,” the Belarusian leader stressed.

Aleksandr Lukashenko emphasised that he has every right to visit Crimea – ‘no matter under whose protectorate, leadership and ownership Crimea is’. “This is my Crimea," the Head of State said, adding that his first trip to the seaside was the one to Crimea, in times when he had only one elder son.

“This is what he said. The issue was discussed when we were on a boat in the Black Sea. I then said he could show me Crimea and he replied: no problem. I only proposed to do this on board a plane, not that boat,” the President added.

"Putin told me a lot about the existing Air Force base in Sevastopol – an Aerospace Forces base. He told me much,” the Belarusian leader noted. “I said: we will go when you invite. I then proposed the second condition: we should land in Sevastopol."

"If the President [of Belarus] already arrived there with the President of Russia, what other recognition do you need? It is not a secret for me or for Putin. Moreover, it is an issue that does not exist. There is no issue of this kind between me and Putin," the Head of State stressed.