The President of Belarus, Aleksandr Lukashenko, has brought a BELARUS tractor as a gift to Russian President Vladimir Putin – as he told journalists upon arrival at an informal CIS summit in St. Petersburg, BelTA reports 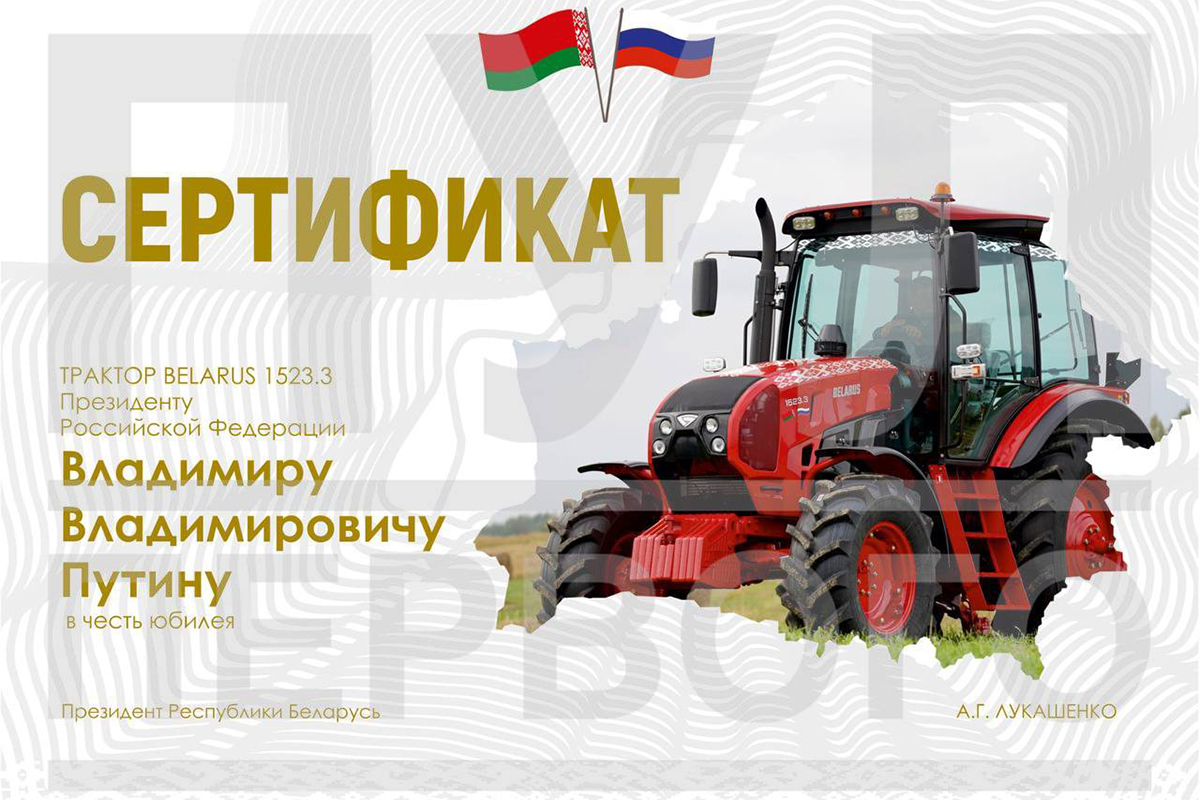 "What have you brought as a gift – if it's not a secret?" journalists asked the President.

Answering a clarifying question about which tractor, the President said, “The one I work on: BELARUS. This is the best one, it has been manually assembled.”

"Does it have all attachments?" journalists continued, referring to tractor accessories needed to perform certain works.

"There are, actually, a million of attachments – and they are optional. But I will offer him one attachment. It is a mounted device: a seeder. We will sow grain, or maybe something else. It is universal. We will harvest it and then [send] it to Duda, Morawiecki [Polish leaders], Europe – so that they do not starve and do not steal bread in Ukraine, but take it to poor countries," Aleksandr Lukashenko replied.

The Pul Pervogo Telegram channel posted a photo of a tractor certificate for Vladimir Putin. This is a BELARUS 1523.3 tractor. "To the President of the Russian Federation Vladimir Vladimirovich Putin in honour of his jubilee,” the inscription reads.

In his talk with journalists, Aleksandr Lukashenko also emphasised that he had arrived at the summit in a Russian AURUS car.