Belarus is satisfied with the Russian Rouble in interstate settlements – as noted by President Aleksandr Lukashenko while answering questions from Russian journalists on the side-lines of the EAEU summit, BelTA reports 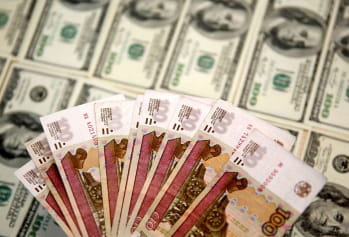 The question to the Head of State concerned the refusal to use Dollars in settlements between the countries. Aleksandr Lukashenko noted that the decision had been prompted by circumstances and that it had been a forced step.

However, the President does not see any problems in this regard, “When we were forced, I said: ‘Well, that’s ok, we are satisfied with the Russian Rouble’.”

Moreover, Belarus itself initiated the transition to Russian Roubles in payments for energy resources. The Belarusian leader recalled, “If you remember, we have been offering Russia to use its Roubles in trade for a long time. [We were replied]: ‘No, let’s use Dollars’. So we had to earn those Dollars somehow and then pay for oil and gas. At the moment, we are satisfied with interstate settlements in Russian Roubles.”