During his visit to the production co-operative named after V.I. Kremko, President Aleksandr Lukashenko noted that agriculture has good conditions for development both in terms of state support and pricing in the current conditions, BelTA reports 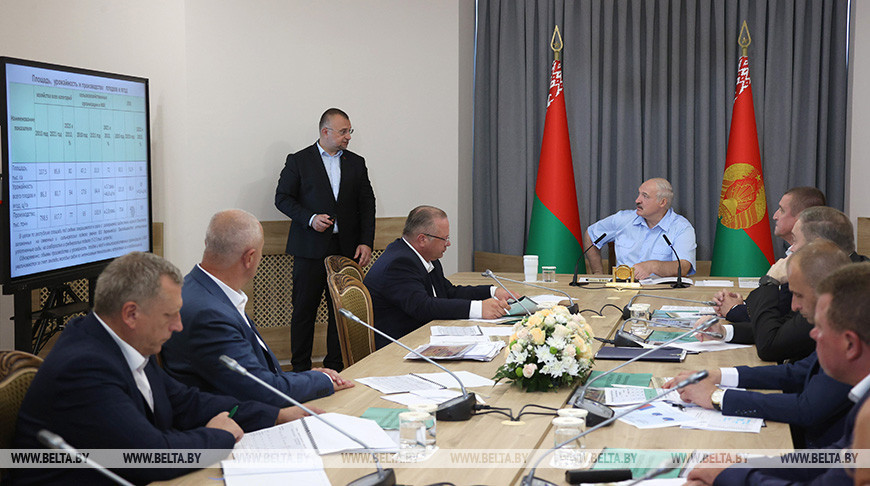 “We’ve already done much for the development of agriculture. Agriculture in Belarus boasts enough benefits,” the Head of State noted. “These include various kinds of allowances, interest relief on loans, affordable prices for fuel, gas and fertilisers, especially comparing with the situation abroad.”

“Whatever you say, a lot of attention is paid to agriculture. But now agriculture is in more favourable conditions than industry because of the sanctions and so on,” noted the Belarusian leader.

He stressed that higher profit margins should be sought in foreign markets, where Belarusian agricultural products enjoy big popularity, but we should not forget about meeting the needs of the domestic market, given the decent level of state support for this sector.

“In total, agriculture has a high level of preferences. It’s dangerous to go further. It’s very dangerous to continue to grant benefits to agriculture, especially to your good agricultural company, because there will be an imbalance in the country’s economy as a whole. This is very dangerous,” Aleksandr Lukashenko stressed.

As far as the production co-operative named after V.I. Kremko is concerned, the President drew attention to the fact that, with the exception of agricultural production, the organisation bears a great social burden.

“By doing this you support the material well-being of people. These are also expenses. Hence, the profitability will be smaller. It’s good that you support it. Let there be such profitability. Are we moneybags? We work for people,” the Head of State underlined, addressing Sergei Kremko, the chairman of the production co-operative.