A meeting of the expert council on literature and art awards of the Standing Committee of the Union State was held in Moscow, with 2021-2022 applicants named 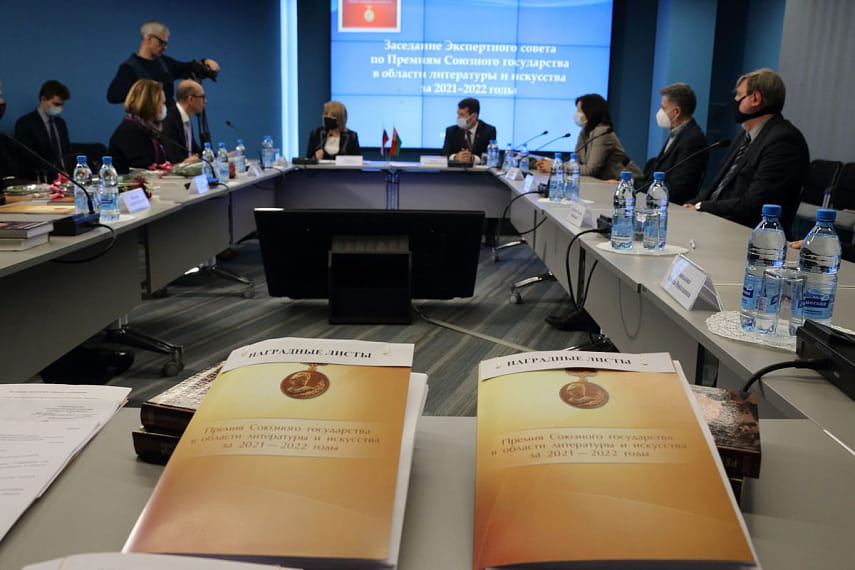 Prizes worth 5m Russian Roubles are awarded since 2002 every two years for works that significantly contribute to strengthening fraternity, friendship and comprehensive co-operation between Belarus and Russia. Among the laureates in different years there have been outstanding cultural figures of the two fraternal countries.

As the State Secretary – Deputy Culture Minister of Russia, Alla Manilova, says, winners have not yet been named, since the final decision will be made by the Supreme State Council of the Union State. “So far, we cannot announce the results of our voting. However, in June, we agreed on a shortlist of the award: the four projects that the Standing Committee of the Union State and experts of the two states’ culture ministries viewed as most interesting,” Ms. Manilova explains.

Russia is represented in the shortlist by a publishing project dedicated to the 75th anniversary of the Victory of Soviet peoples in the Great Patriotic War – The Historical Memory of the Union State authored by Ivan Antonovich, Sergei Kandybovich, Piotr Klimuk, Aleksandra Kozopolyanskaya, Oksana Solopova, Yekaterina Roeva‑Mkrtchyan, and Nikolai Chekhlov; and the Rzhev Memorial to the Soviet Soldier project by Andrei Korobtsov and Konstantin Fomin.

According to Ms. Manilova, three projects have received an absolute majority of votes of the expert council’s members.

Belarus’ First Deputy Culture Minister, Valery Gromada, notes that significant projects are always nominated for the Union State awards, “Speaking of the Russian nominees, I have a copy of the Rzhev Memorial in my office. No doubt, it’s very important. This is our memory and its preservation. This is prevention of glorification of Nazism, distortion and falsification of facts about our Great Victory."