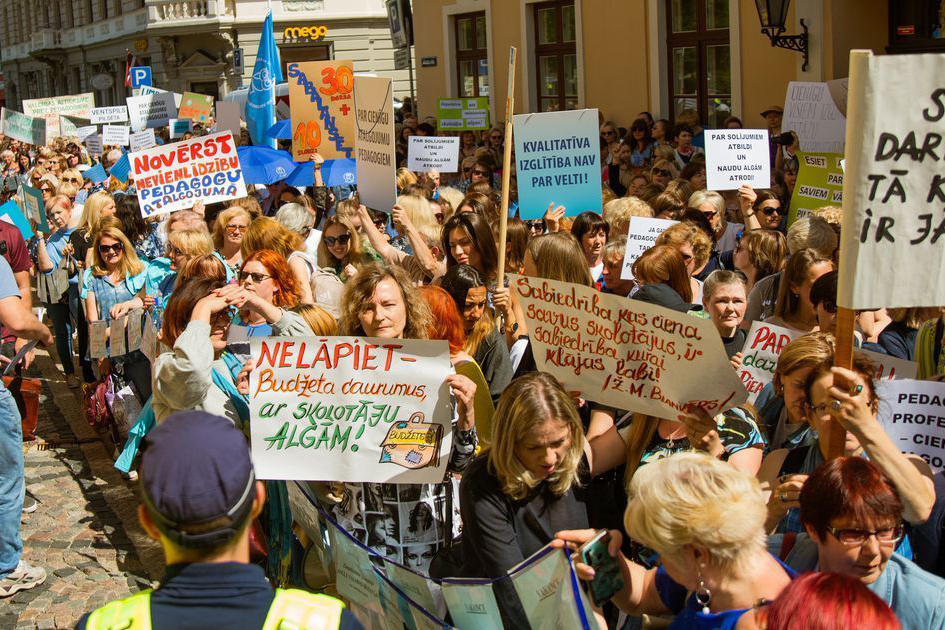 LIZDA Chief Executive Inga Vanaga said the strike happens because the compromises proposed so far are insufficient and LIZDA believes the government’s offer is aimed at dividing teachers and proposes no real solutions for all groups of teachers.
“We’ve been trying to find a solution regarding the workload for teachers since 2016. It was possible to make these decisions earlier, before the protest and before the start of the strike procedure,” said Ms. Vanaga.
“Solidarity and a joint position are what we need right now. There are demands for certain issues, and the trade union does not consider focusing on other topics acceptable,” said Ms. Vanaga.
The Head of the Latvian Trade Union of Education and Science Workers previously reported the proposal from the ministry applies only to teachers in general education. LIZDA’s demands, on the other hand, are for all groups of teachers.
One of the trade union’s demands is giving teachers a balanced workload. The trade union is unhappy with the ministry’s proposal, which allows for balancing the workload by 2028. According to the trade union, the ministry’s proposed process is too long, which is something Latvia cannot afford. The other demand is for the government to comply with the schedule listed in the Education Law regarding the increase of teachers’ wages.

Based on the materials of www.bnn-news.com