Following the meeting of the Head of State with the working group on finalising the draft Constitution, Natalya Kochanova – the Chairperson of the Council of the Republic of the National Assembly – made a statement 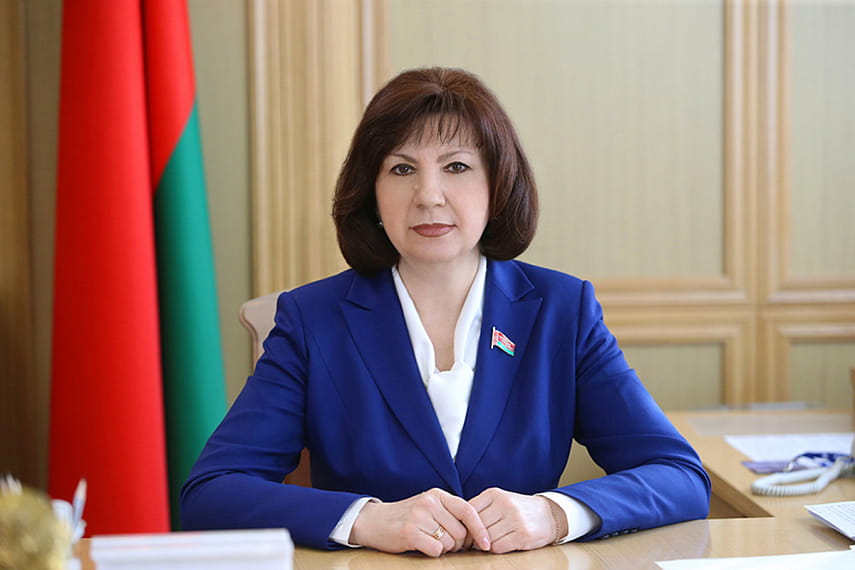 “We have discussed an almost prepared draft of the Basic Law, its nuances that emerged during the working group’s discussions. After all, no matter how much we work on this document, some questions arise every time since we understand our responsibility. Not only we will live under this law but also the generations which will come after us. Therefore, another meeting of the working group will take place, then the Constitutional Commission will reconvene and the draft will be submitted for public discussion,” Ms. Kochanova said.

Speaking of new points, the Chairperson of the Council of the Republic primarily paid attention to a new body in our country: Belarusian People's Congress, explaining, “It will become the country’s supreme representative body. Respectively, it is necessary to define its functions and who can be its delegate. We have talked much about this at the meeting because the new body should be integrated into the existing well-structured state power.”

Ms. Kochanova believes the appearance of such a body is the right decision because all the power in our country belongs to its people. “These are people who should determine the key moments in our country’s history and the strategy of its development,” she stressed.

In addition, the official spoke about the powers which the Belarusian People's Congress is proposed to have, “In particular, we are talking about the possibility to cancel decisions of state bodies and make certain personnel decisions – i.e. agree to the appointment of judges and, for example, the Chairman of the Constitutional Court.”

The Basic Law of our country should be clearly verified. It must enable Belarus to adhere to the basic line that the country has always followed, Ms. Kochanova noted. “People are the key, as well as their well-being and peace of mind. We must do everything to preserve our country,” she stressed.