The proposal was made to the President of Belarus to hold a large-scale international conference in Minsk in 2022 dealing with the genocide of the Belarusian people during the Great Patriotic War, and it was supported by the Head of State, the Prosecutor General of Belarus, Andrei Shved, told Belarus 1 TV channel 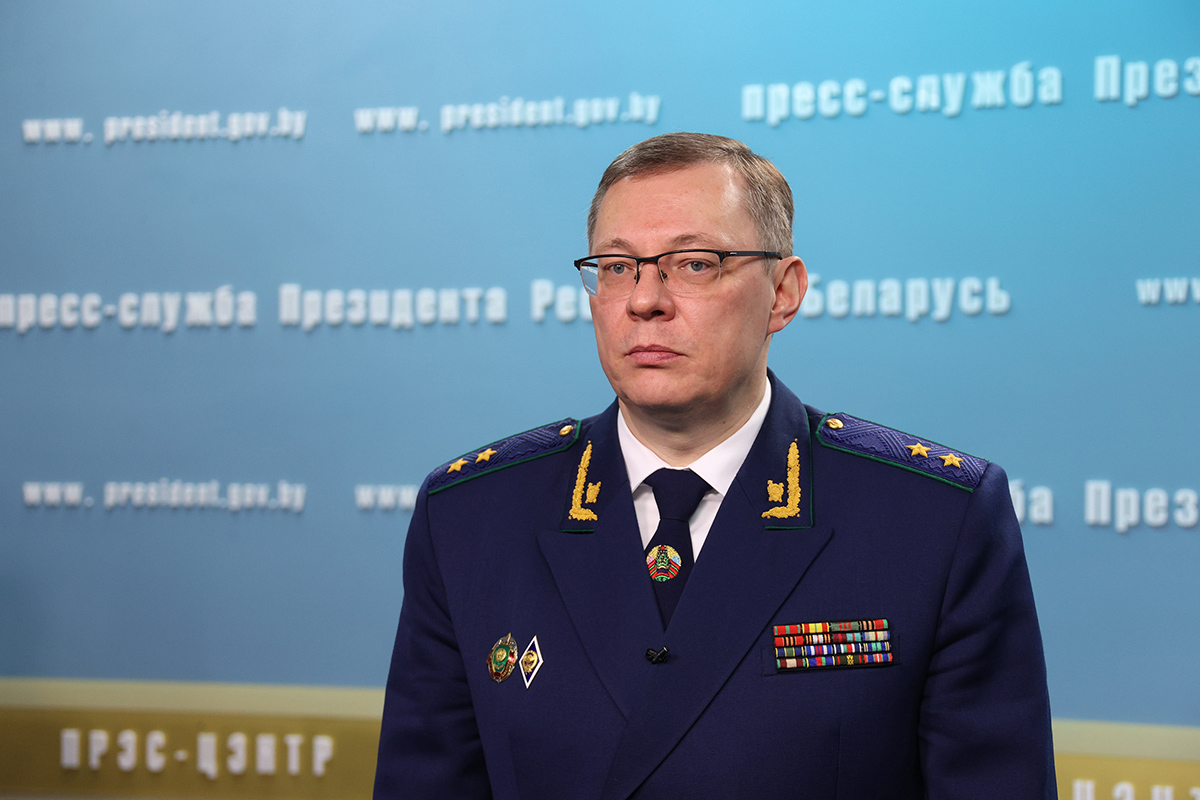 Andrei Shved said that on behalf of the Head of State, the Prosecutor General’s Office is working to collect the facts of the genocide of the Belarusian people during the Great Patriotic War, “In particular, we have prepared the first part of materials. The draft – several options so far – was submitted to the Head of State for a preliminary assessment. We have carried out this work together with our colleagues from the KGB, the Internal Ministry, other government agencies, the Academy of Sciences, and archival institutions. The first part of these materials – if approved by the Head of State – is to be sent to the prosecutors general of 183 states that are members of the International Association of Prosecutors, as well as to other officials. In the future, as actual facts become available, and there will be a lot of them, there will be other materials that will be sent in Russian and English to all international institutions and relevant officials – to those who are interested in this or who need to know what happened here.”

Answering a journalist’s question whether Europe is ready to hear the terrible truth of the past, the Prosecutor General of Belarus noted, “The question is not whether it is ready or not. The question is that we must do everything possible to convey this truth in all possible ways and methods. If we fail to do this and miss it, there will be a big trouble.”