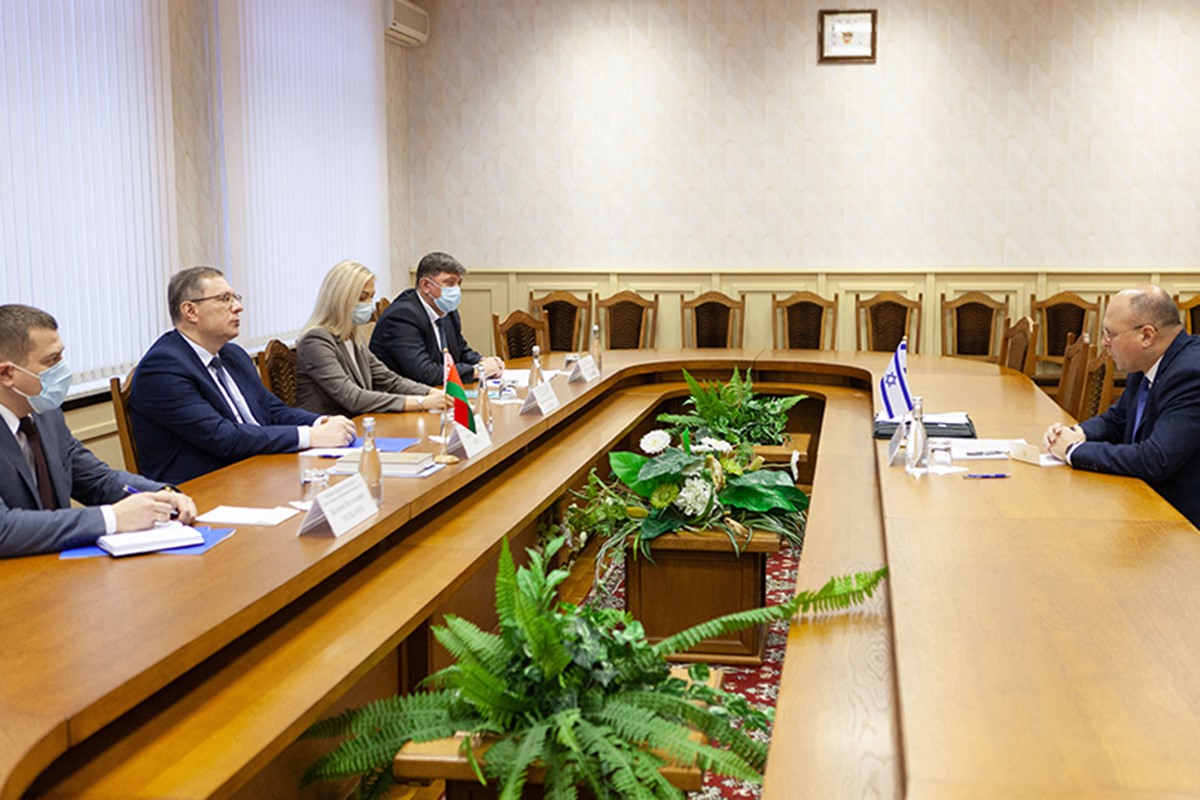 The sides discussed interaction in the investigation of the criminal case of the genocide of Belarusians, including the reburial of skeletal remains of civilians and issues of international legal co-operation.

Mr. Shved thanked the diplomat for his attention to activities of the Belarusian Prosecutor General’s Office in this area. “We are open for dialogue and joint work,” he stressed.

Mr. Goldman-Shaiman, in turn, emphasised the historical importance and uniqueness of the Prosecutor General's Office conducting such a criminal process. He also agreed on the need to establish all facts of the genocide, including taking into account the tragic events of the Holocaust. “This is a great and important project, and we are ready to help. If you need our help with translations, we have academic experts and the Yad Vashem Museum which has accumulated experience in connection with historical investigations," the diplomat added.

Mr. Shved drew attention to the parallels between the events of wartime and the policies of certain states, “What is happening in relation to Belarus today is largely committed from the territory of the countries from which fascism, genocide and the Holocaust – the facts that should not be forgotten – came in the past. As soon as we forget, everything comes back. Unfortunately, Nazism has not died but got a second wind.”

According to the Prosecutor General, Belarus has always respected the traditions and customs of all nationalities and will follow this attitude in its work on the criminal case of the genocide. He assured that the information of interest to the Israeli side will be provided, including on the search for relatives of the victims, and expert research.

When asked by the Ambassador about co-operation with Russian colleagues, Mr. Shved said, “We inform the President in detail about the progress of the investigation. At a recent meeting with the Prosecutor General of Russia, the Head of State suggested that we reach a higher level. An international investigation team is being formed with our colleagues from Russian law enforcement agencies at the moment.”

The official added that, previously, the Prosecutor General’s Office had sent a request to Israel’s competent institution for legal assistance in the framework of the criminal case of the genocide. In particular, it asked for materials and archival data on the facts of mass killing of civilians on the territory of the BSSR.

“It is important for us to study the experience of the State of Israel in terms of collecting, processing and transferring documents for the world recognition of the genocide,” Mr. Shved stressed.