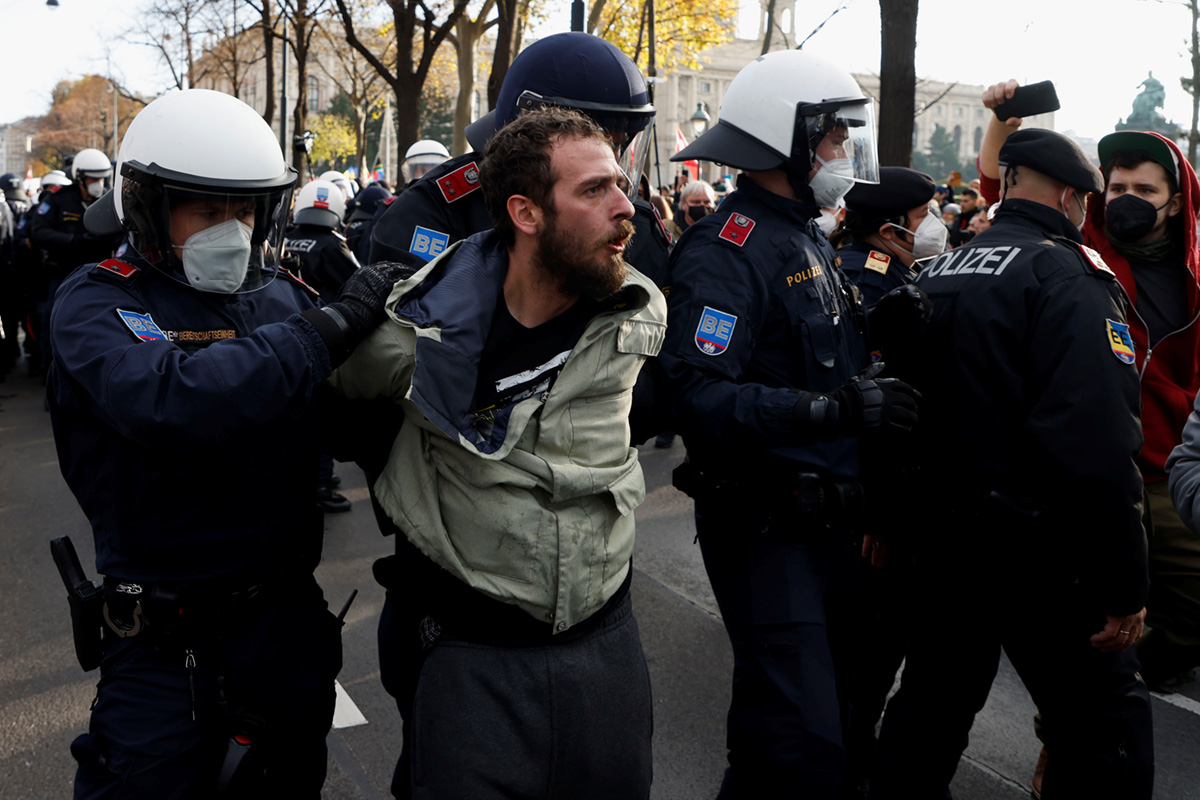 Tens of thousands of people have been marching in the Belgian capital, Brussels, to protest against anti-COVID measures. Some protesters threw fireworks at police officers, who intervened with tear gas and water cannon. Demonstrators were mainly opposed to the use of COVID passes, which stops the unvaccinated from entering venues such as restaurants or bars.
Officers in riot gear charged groups of demonstrators in The Hague, with protesters pelting police with stones and fireworks, while a water cannon was used to put out a pile of blazing bicycles at a busy intersection.
Five officers were hurt in The Hague, one of them seriously, a police statement said. Police carried out charges on horseback and arrested 19 people, one of them for throwing a rock through the windshield of a passing ambulance.
The unrest followed a night of riots in Rotterdam condemned by the city’s mayor as ‘an orgy of violence’. Police fired warning shots and direct shots ‘because the situation was life-threatening’, a police spokesperson said.
Tens of thousands of people also protested in Austria’s capital, Vienna, after the government announced a new national lockdown and plans to make jabs compulsory in February 2022. It is the first European country to make vaccination a legal requirement. Brandishing national flags and banners reading ‘Freedom’, protesters shouted ‘Resistance!’ and booed the police.
In Croatia, thousands marched in the capital, Zagreb, to show their anger at mandatory vaccinations for public sector workers, while in Italy, a few thousand protesters gathered at the ancient Circus Maximus chariot-racing ground in Rome to oppose ‘Green Pass’ certificates required at workplaces, venues and on public transport.
Meanwhile, French authorities have dispatched police reinforcements to the Caribbean island of Guadeloupe after a week of violent protests over coronavirus restrictions.


Based on the materials of www.bbc.com and www.theguardian.com
PHOTO BY REUTERS