European politicians are very sophisticated in the appropriation of money, bribery and embezzlement

Last year alone, the European Anti-Fraud Office (OLAF) officers completed 230 investigations, issued 375 recommendations to national and EU authorities, recommended the recovery of 293.4m Euros and returned them to the EU budget, launched 290 new investigations and conducted 1,098 preliminary analyses and calculations. The total financial loss from 1,056 fraudulent violations is 371m Euros. Since the EU members received 2 trillion Euros to recover from the consequences of the COVID-19 pandemic, there is a high risk that these funds will also improve someone’s personal budget. 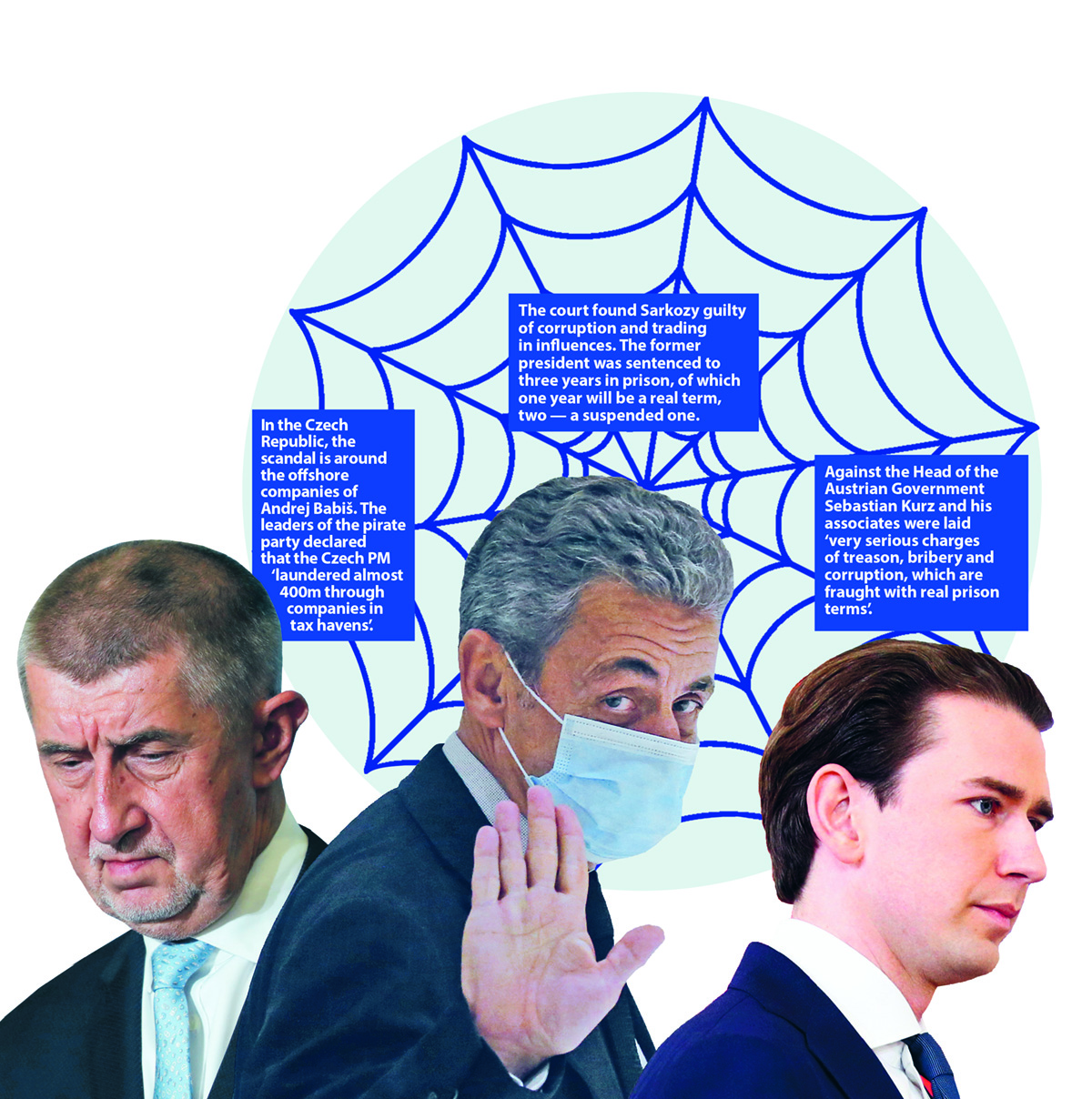 A specially created European Prosecutor’s Office — which began its work on June 1st — is trying to combat fraud. Incidentally, Sweden, Denmark, Ireland, Poland and Hungary refused to participate in the work of the new body. Some countries (for example, Slovenia) do not hide their rejection of the idea of establishing a European Prosecutor’s Office. Let’s see who else’s guilty conscious is speaking.


Corruption has not died out yet

The European auditor Juhan Parts said two weeks ago that there are no countries in the European Union where the scale of corruption would be the same as in Ukraine. It is the great corruption that is the cause of the so-called ‘state capture’ situation. Mr. Parts explained,

“The ‘state capture’ means that someone, you call them oligarchs, or a group of people, use their position and various instruments — the media, politics, government and state enterprises for their own personal interests.”

To prove the unprecedented situation in Ukraine, the auditor cited the correlation between economic development and the corruption index, “If you put these two indicators together, Ukraine and GDP per capita are about $5,000 a year, in Poland — $18,000, in Estonia — $23,000. But we all started in 1992 from the same starting point. This is the result of the influence of corruption. This country must be very rich, but a small group of people became so rich that they were able to take the whole country hostage.”

The Head of Government in Austria, Sebastian Kurz, has been forced to leave his post for the second time. Now because of corruption and bribery.
The prosecutor’s office is investigating Kurz and nine of his associates and doubts the fair victory of the ex-chancellor in the elections. The politician is also accused of manipulating public opinion: according to the investigation, sociologists ‘drew’ the rating that his party needed for money.
According to Spiegel, ‘very serious charges of treason, bribery and corruption, which are fraught with real prison terms’ have been brought against the chancellor and his associates. These are the events from 2016 to 2018, when Kurz’s career took off.
While still in the post of foreign minister, he won the election to the post of leader of the Austrian People’s Party, and then won the election and became the youngest chancellor in the history of the country.

Investigators claim that all this time, Kurz’s team has been ordering polls from a certain company, ‘presenting the politician in a favourable light’. Subsequently, their results were published in the newspaper ‘Austria’ under the guise of objective journalistic materials, but allegedly, in fact, taxpayers’ money was spent on it. The correspondence from the chats, in which Kurz personally participated, commenting on the numbers of the polls before their publication, was attached to the case.

If the former chancellor is indicted, Kurz will be in good company. In France, the anti-record was set by ex-president Nicolas Sarkozy — who became the first head of state in modern history to receive a real prison sentence (but not the first one to be convicted).

A court in Paris found Sarkozy guilty of corruption and trading in influence. The former president was sentenced to three years in prison, of which one year will be a real term, two — a suspended one.

Sarkozy’s predecessor, Jacques Chirac, was convicted in 2011 of creating fictitious jobs in 1977-1995. As a result of the trial, he was sentenced to two years’ suspended imprisonment. The court’s decision was also influenced by the fact that at the time of the announcement of the verdict Chirac had serious health problems.

Ex-minister of defence of Armenia David Tonoyan was brought to trial on corruption charges and was arrested for two months at the request of the National Security Service. A criminal case was opened on the basis of abuse in the supply of ammunition.

Tonoyan and the director of the arms supplier David Galstyan were detained and charged with embezzlement of funds on an especially large scale, falsification and socially dangerous acts. This is about $4.7bn in abuses.

Court instead of the Riviera

Parliamentary elections were held in the Czech Republic last week, which PM Babiš’ party unexpectedly lost. Although is it so unexpected? Analysts associate the defeat with the scandal around the offshore companies of Andrej Babiš.
Prior to this, the leaders of the pirate party said that the Czech PM ‘laundered almost 400m through companies in tax havens to buy real estate on the French Riviera’.
The Chairman of the National Bank of Slovakia, Minister of Finance in 2012-2019, Peter Kažimír, has just been charged with corruption. He tried to bribe the former president of the Financial Directorate of the Slovak Republic, František Imrecze, with 50,000 Euros, which he reported to the police. Kažimír denied the charges against him but referred primarily to... lack of evidence.