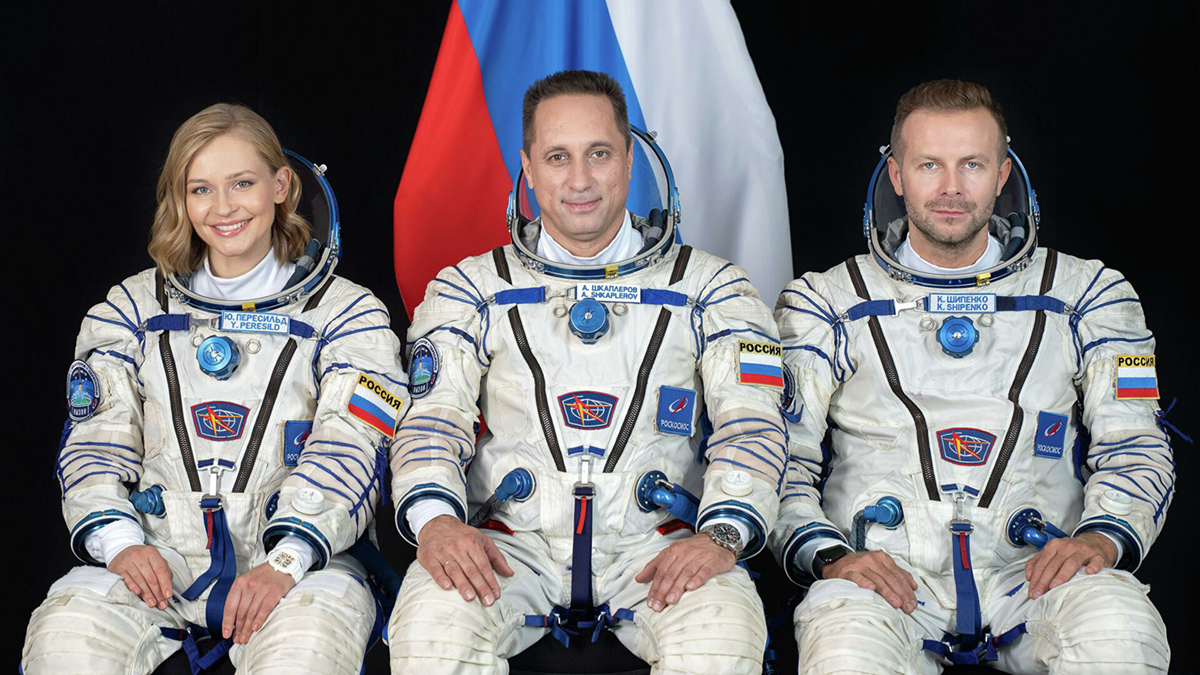 Actress Yulia Peresild and director Klim Shipenko blasted off for the International Space Station in a Russian Soyuz spacecraft together with cosmonaut Anton Shkaplerov, a veteran of three space missions. Their Soyuz MS-19 lifted off as scheduled from the Russian space launch facility in Baikonur, Kazakhstan, and arrived at the station after about three and a half hours.
Shkaplerov took manual controls to smoothly dock the spacecraft at the space outpost after a glitch in an automatic docking system. The trio reported they were feeling fine and spacecraft systems were functioning normally.
Peresild and Klimenko are to film segments of a new movie titled Challenge, in which a surgeon played by Peresild rushes to the space station to save a crew member who needs an urgent operation in orbit. After 12 days on the space outpost, they are set to return to Earth with another Russian cosmonaut.
Kremlin spokesman Dmitry Peskov said the mission will help showcase Russia’s space prowess.
“We have been pioneers in space and maintained a confident position,” Peskov said. “Such missions that help advertise our achievements and space exploration in general are great for the country.
Speaking at a pre-flight news conference, 37-year-old Peresild acknowledged that it was challenging for her to adapt to the strict discipline and rigorous demands during the training.
“It was psychologically, physically and morally hard,” she said. “But I think that once we achieve the goal, all that will seem not so difficult and we will remember it with a smile.”

Based on materials of www.abcnews.go.com