Today, on the second Sunday of May, the country is traditionally celebrating Day of the State Emblem and the State Flag of the Republic of Belarus. This year, the holiday falls on the day that predates one of the most important dates for Belarusians: May 9th. Such ‘neighbourhood’ is truly symbolic since the emblem, the flag, the anthem and the Great Victory are inextricably linked symbols of independence of the Belarusian people, representing their cultural code and manifesting their national pride. 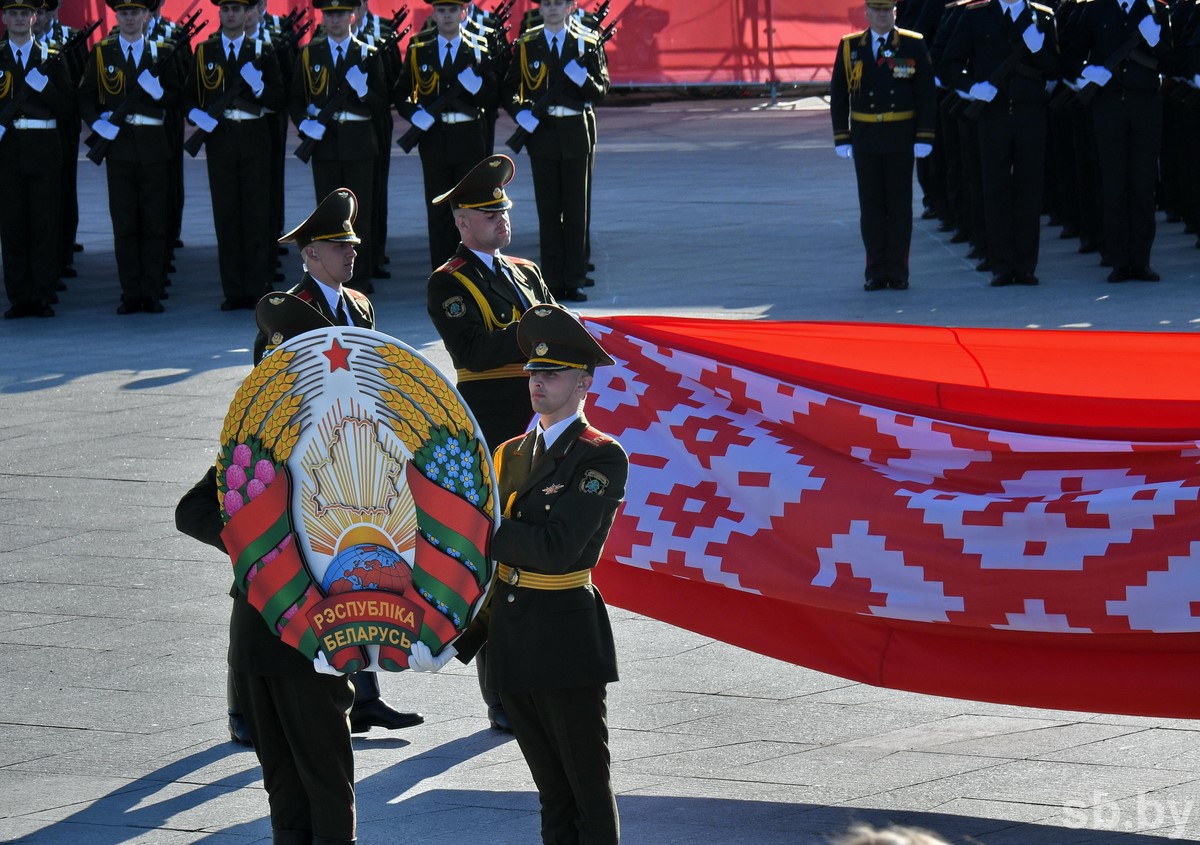 Upon Aleksandr Lukashenko’s initiative, a republican referendum was held on May 14th, 1995, and the establishment of state symbols was one of its points. More than 75 percent of voters supported the draft symbols proposed by the Head of State then. The decision formed the basis of the decree On Approval of the Standard of the State Emblem of the Republic of Belarus and the Regulations on the State Emblem of the Republic of Belarus as of June 7th, 1995. An official holiday was subsequently established in honour of the Belarusians’ choice.

On July 5th, 2004, the law On State Symbols of the Republic of Belarus – aimed at legal regulation of the issues of Belarus’ state symbols established by the Basic Law – was adopted; it defined the description and procedure for their use.

There is a museum in Minsk – unique not only for Belarus but also the entire post-Soviet space. It is dedicated to the modern Belarusian statehood and features all information about the emblem, the flag and the anthem. The State Flag Square in Minsk is another important evidence of respect for state symbols. Here, all symbols of Belarusian sovereignty are gathered, including the emblem and the text of the national anthem cast in bronze.

Over the years of independence, the Belarusian flag travelled into space, climbed the highest mountain peaks, and visited Antarctica. It worthily represents Belarus on the world arena and proudly flies to honour the Belarusian athletes’ victories.